Duterte calls for creation of Department for Overseas Filipinos 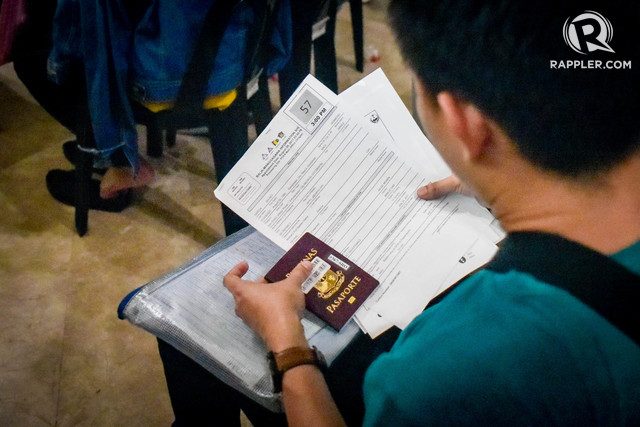 MANILA, Philippines – President Rodrigo Duterte reiterated his call for Congress to pass a law creating a Department of Overseas Filipinos in his 4th State of the Nation Address (SONA) on Monday, July 22.

“This administration’s malasakit at serbisyo (care and service) program has of course reached the Filipinos who labor in foreign lands….To ensure their welfare, protection, and their access to government services, the establishment of the Department of Overseas Filipinos [is needed] to sufficiently address that particular need,” Duterte said.

In his SONA 2019, the President cited the signing of a bilateral labor agreement with Kuwait in May 2018 as proof he was committed to stopping abuses committed against overseas Filipinos workers (OFWs).

The signing of the agreement between the Philippines and Kuwait provided additional protection for OFWs in the Gulf country. This agreement was prompted by a diplomatic row between the two countries that was sparked by a dramatic video showing supposed Philippine embassy personnel rescuing a distressed OFW in Kuwait.

Duterte had backed the creation of a department dedicated to OFWs since he was a presidential candidate in 2016. During his presidential campaign, OFWs largely supported Duterte, with some 600,000 even mobilzing to rally support for him.

Duterte also previously ordered all recruitment of Filipino workers for jobs abroad be placed under the control and supervision of the Philippine government. This, he said, was to protect workers from abusive recruitment agencies.

Duterte’s call comes after reports on subpar working conditions, abuse, and exploitative schemes for OFWs abroad. It also comes after headlines on the execution of workers including the recent execution of a 39-year-old Filipino worker in Saudi Arabia in January 2019 and the gruesome 2016 murder of Filipina Joanna Demafelis in Kuwait. – Rappler.com