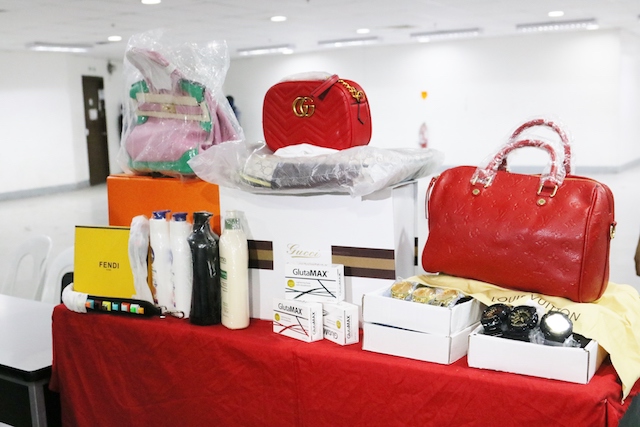 On July 16, the BOC raided storage units in the historic China town and found fake clothing, self-care products, and toys. It only announced the achievement 6 days later.

“The Bureau of Customs is relentless in its drive against smuggling of sham products in order to protect legitimate businesses that are diligent in paying duties and taxes that is due the government,” said Deputy Commissioner Ranie Ramiro of the Intelligence Group in a statement on Monday, July 22.

The statement came minutes after President Rodrigo Duterte concluded his 4th State of the Nation Address, which included a call for sacking of corrupt Customs officials.

Some of the brands the confiscated bogus items bore included luxury names Armani and Louis Vuitton and also popular brands such as Nike and Kylie Makeup.

The items were seized for violation of Republic Act No. 8293, or the Intellectual Property Code of the Philippines and Section 118 of the Customs Modernization and Tariff Act (CMTA).

The Customs agents were able to find the storage units thanks to a complaint from Baranda & Associates.

The BOC was assisted in the raid by operatives of the Armed Forces of the Philippines Joint Task Force National Capital Region. – Rappler.com