Jul 22, 2019 10:38 PM PHT
JC Gotinga
Facebook Twitter Copy URL
Copied
Duterte reiterates that pushing for the country's sovereign rights in the West Philippine Sea would lead to war with China, and that his 'fishing deal' with the Chinese is legal 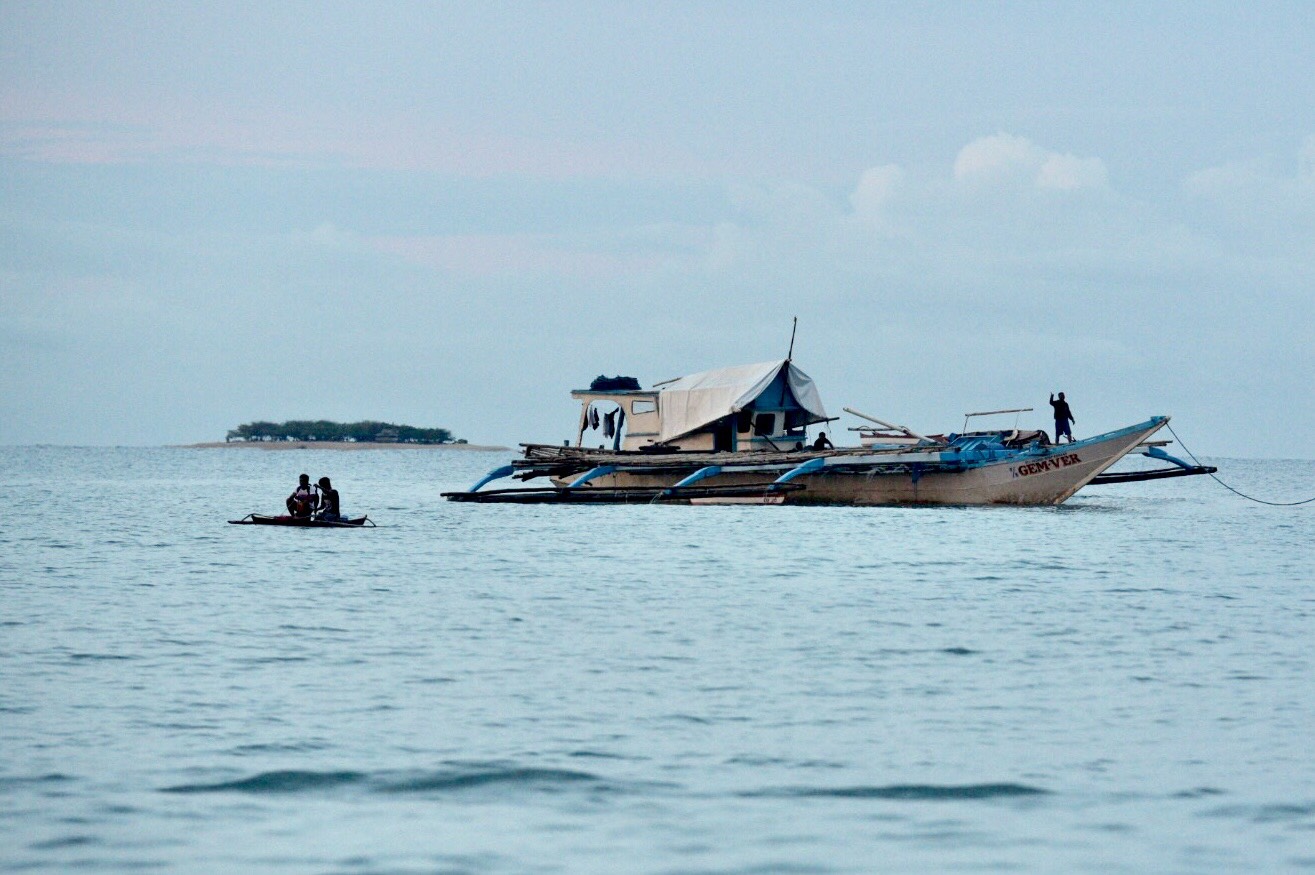 MANILA, Philippines – As he promised, President Rodrigo Duterte dedicated a portion of his State of the Nation Address (SONA) to justifying his purported “fishing deal” with China, arguing that it is a way to avert war over the West Philippine Sea.

He said his administration is doing a “delicate balancing act” for the sake of “avoidance of conflict” with China, which continues to have de facto control of the West Philippine Sea and hampers Filipino’s access to its resources, especially fisheries.

“China also claims the property and is in possession [of it]. ‘Yan ang problema! (That’s the problem!)”

Reiterating his usual line on the country’s predicament with China, Duterte said pushing for the Philippines’ sovereign rights as guaranteed by an international arbitral award would lead to an armed confrontation – “war” – with Beijing, and it is “better” to negotiate “in the privacy of a conference room.”

Duterte was addressing the question of the legality of a supposed “fishing deal” that he claimed he made with China’s President Xi Jinping earlier into his term. He had used this “fishing deal” to justify the presence of Chinese fishing trawlers in the West Philippine Sea, one of which hit a Philippine fishing boat at Recto Bank off Palawan last June 9 and left the 22 Filipino crew marooned.

Going off script, Duterte said he was “forced to go to China” after the United States in 2016 pulled out of an arms purchase deal for the Philippine National Police after his drug war started drawing international attention for human rights violations.

Meeting Xi in Beijing, Duterte said he told the Chinese President that he wanted “to go to my territory to dig oil,” but he was rebuffed.

“If the trouble comes out from the mouth of a president of a republic, ano’ng magawa ko? (What can I do?) So what did I answer? ‘Well then maybe, Sir, we can talk about this at some other time,’” Duterte said.

Critics have accused Duterte of reneging on his constitutional duty to protect Filipinos’ rights by allowing Chinese vessels to freely ply and fish in the West Philippine Sea, which refers to the country’s exclusive economic zone (EEZ).

In his SONA, Duterte said the arbitral award based on the United Nations Convention on the Law of the Sea (UNCLOS) allows a sovereign state to enter into fishing deals with other countries in its EEZ, and that it is not illegal.

In light of China’s superior military might, Duterte said he was left with no choice but to go easy on the Chinese and put off pushing for the arbitral award for later.

“We cannot have our cake and eat it, too,” he said.

Duterte also made a pass on the previous administration, accusing former foreign affairs secretary Albert del Rosario of causing a “fiasco” in the April-May 2012 standoff between Philippine and Chinese vessels at Panatag (Scarborough) Shoal by supposedly calling for the pullout of the Philippine Navy.

Duterte said the move opened the shoal to Chinese occupation.

The Aquino administration said the pullout was part of an agreement with the Chinese, who afterwards remained in the shoal.

Duterte has been strongly criticized for his “defeatist” stance on the China problem in the West Philippine Sea.

Pundits like Supreme Court Senior Associate Justice Antonio Carpio and Gregory Poling of the Washington-based Center for Strategic and International Studies have said that the possibility of war with China is remote, especially because the Philippines has a Mutual Defense Treaty with the US.

Duterte’s remarks on the West Philippine Sea is “more defeatist now than in previous SONAs…like an either-or scenario, raising the specter of war and widows and orphans,” said Maria Ela Atienza, professor and chair of the Political Science Department at the University of the Philippines.

Atienza noted how Duterte tried to balance his message by saying he would “eventually” assert the country’s sovereignty “in due time.”

However, that statement does not avail much, said Atienza. “We don’t know when is that ‘eventually.’” – Rappler.com