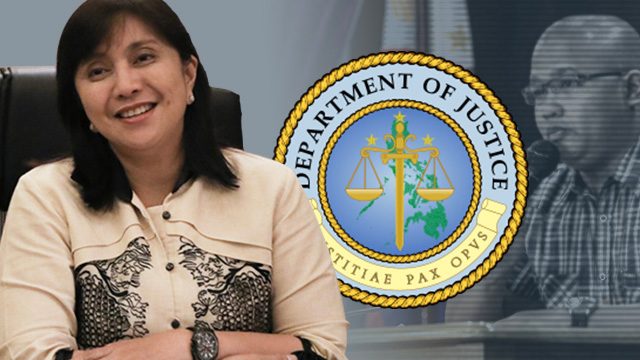 Facebook Twitter Copy URL
Copied
(UPDATED) 'I assure everyone of utmost fairness in the resolution of this case. The evidence, or the lack of it, will speak for itself,' says Justice Secretary Guevarra

MANILA, Philippines (UPDATED) – The Department of Justice (DOJ) will start on August 9 its preliminary investigation into Vice President Leni Robredo and 35 others, including sitting lawmakers of the Liberal Party, over an inciting to sedition complaint filed against them over the viral Bikoy videos.

Justice Secretary Menardo Guevarra also said on Friday that subpoenas will be sent to the respondents by the end of the day.

A subpoena will compel the respondents to personally appear before the DOJ for whatever purpose. When the preliminary investigation starts, respondents are also typically required to personally subscribe to their affidavits before the panel of prosecutors in hearings inside the DOJ in Padre Faura, Manila.

“It’s up to the respondents to decide if they will heed the subpoena or not, and if they so decide to submit their counter-affidavits, to determine how they will go about subscribing and submitting the same,” said Guevarra.

There are times when respondents are allowed to subscribe to their affidavits before any prosecutor to avoid the fanfare of having to go to the DOJ headquarters. Asked if the DOJ can extend that courtesy to Robredo as the Vice President, Guevarra said he will “leave it to the panel of prosecutors.”

“I assure everyone of utmost fairness in the resolution of this case. The evidence, or the lack of it, will speak for itself,” said Guevarra.

The CIDG based its complaint on the affidavit of the flip-flopping Peter Joemel Advincula alias Bikoy who formerly accused Duterte, his son Paolo, and Senator Bong Go of having links to the illegal drug trade in a series of videos. He later turned the tables on the opposition and pointed to them as masterminds of a supposed plot.

ABS-CBN News has reported that the Office of the Solicitor General (OSG) had a hand in preparing Advincula’s affidavit. (READ: After retraction, Bikoy offered legal aid by Calida)

The OSG on Wednesday confirmed its participation but defended it by saying that it is the principal lawyer of the government and all its agencies.

“It is the OSG’s legal duty to serve its clients when they seek legal advice. It is also the duty of the OSG to abide by the client-lawyer confidentiality imposed by law. Hence, as lawyers, we cannot divulge details or information about the specifics of this case,” the OSG said.

“What is of utmost importance is whether or not the complainant PNP-CIDG’s evidence will support its allegations and establish probable cause against all the respondents, regardless of who drafted the complaint-affidavit,” Guevarra said.

Robredo is not immune from suit.

“The Constitution does not extend immunity from suit to the Vice President,” said Dan Gatmaytan, a constitutional law professor from the University of the Philippines.

Robredo is an impeachable official, meaning she can only be removed from office via impeachment.

“The case may proceed but she cannot be removed from office as long as she is Vice President,” Gatmaytan said. – Rappler.com