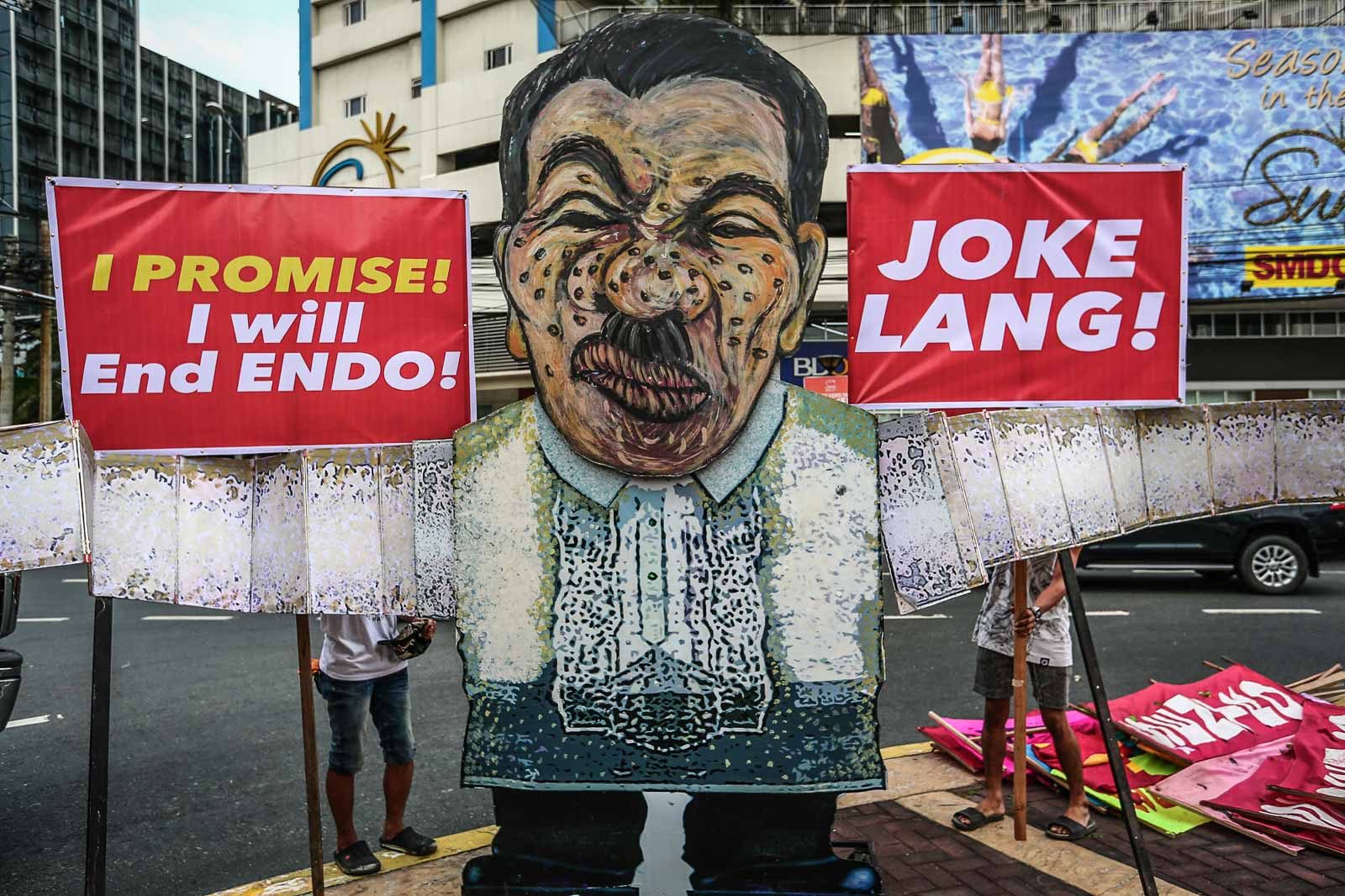 Facebook Twitter Copy URL
Copied
Socioeconomic Planning Secretary Ernesto Pernia says the Security of Tenure bill, which is now up for the President's signature, still needs some tweaking to benefit both workers and employers

MANILA, Philippines – Is the National Economic and Development Authority (NEDA) setting up the bill supposedly ending end-of-contract schemes for the President’s veto?

Senator Joel Villanueva, who sponsored the Security of Tenure (SOT) bill, asked this after NEDA chief Ernesto Pernia told reporters on Wednesday, July 24, that the proposal needed some tweaking even though it is now up for the President’s signature and may lapse into law on Saturday, July 27, if left unsigned.

“We wonder why it’s only now that NEDA is raising these alleged ‘concerns’ when the proper time to do so was as early as 3 years ago when discussions on this bill started,” Villanueva said.

Pernia said in a briefing that the legislature should strike a balance between business and workers’ interests.

“We have to be sure that the law not only benefits workers but also employers…it’s hard to please everybody,” Pernia said. (READ: [ANALYSIS] A law too small for its title)

Before the 17th Congress ended, the House of Representatives adopted the version of the Senate’s SOT bill, therefore skipping the need for a bicameral conference committee in order to immediately submit the bill to the President for his signature.

But workers’ groups and business chambers rejected this version, saying that the measure failed to address key issues.

President Rodrigo Duterte on Monday, July 22, did not answer categorically whether he will sign the bill or not, but he said it still needs to be studied.

Still, Villanueva hopes the President will still sign the bill despite NEDA’s recommendation.

“We still believe that the President will end the evils of contractualization, I don’t think he will be sidetracked by misplaced statements even if it comes from NEDA Secretary,” he said.

Ending contractualization was a campaign promise of Duterte, who certified the SOT bill as urgent in September 2018. (READ: TIMELINE: Duterte’s promise to abolish endo)

Duterte signed an executive order supposedly ending endo, but progressive lawmakers and labor leaders slammed it as “inutile,” as it failed to abolish the practice. – with reports from Ralf Rivas/Rappler.com