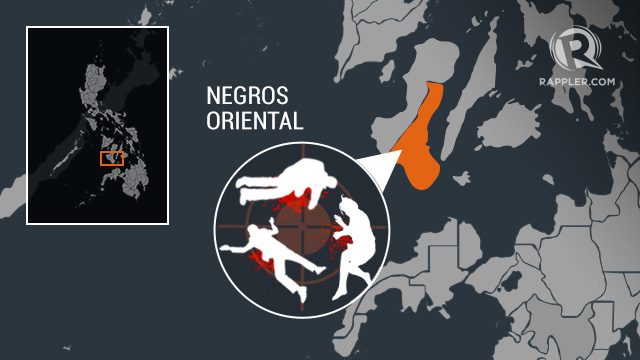 NEGROS ORIENTAL, Philippines – A school principal, his sister, and a barangay captain were killed inside their homes in Guihulngan City in this province on Thursday morning, July 25.

Arthur Bayawa, 55, Guihulngan Science High School principal, and his sister, Ardale Bayawa, 49, an official of the local Department of Education office, were attacked by unidentified armed men in their home at Barangay Hibaiyo.

An initial investigation showed at least 10 armed men forcibly went inside the house of the victims and shot them several times. The victims were still sleeping at that time..

The victims were rushed to a hospital but they didn’t make it. The suspects then fled in an unknown direction.

Lieutenant Colonel Bonifacio Tecson, chief of the Guihulngan City Police Station, said they have yet to establish a motive for the incident.

Forty-five minutes later, at 1:40 am, another home was invaded by more than 20 armed suspects at Barangay Poblacion.

Killed was Barangay Buenavista chief Romeo Alipan, 64, who was declared dead on arrival at the hospital.

Based on the initial investigation, the armed suspects barged into the home of Alipan and shot him several times. The suspects then fled to an unknown location.

Tecson said the barangay captain had been active in the anti-insurgency campaign of the government, adding it could be the motive of the killing.
He said that the suspects shouted “Mabuhay ang NPA!” before they fled the area.* – Rappler.com