Panelo’s boo-boo: He says Duterte vetoed anti-endo bill then takes it back 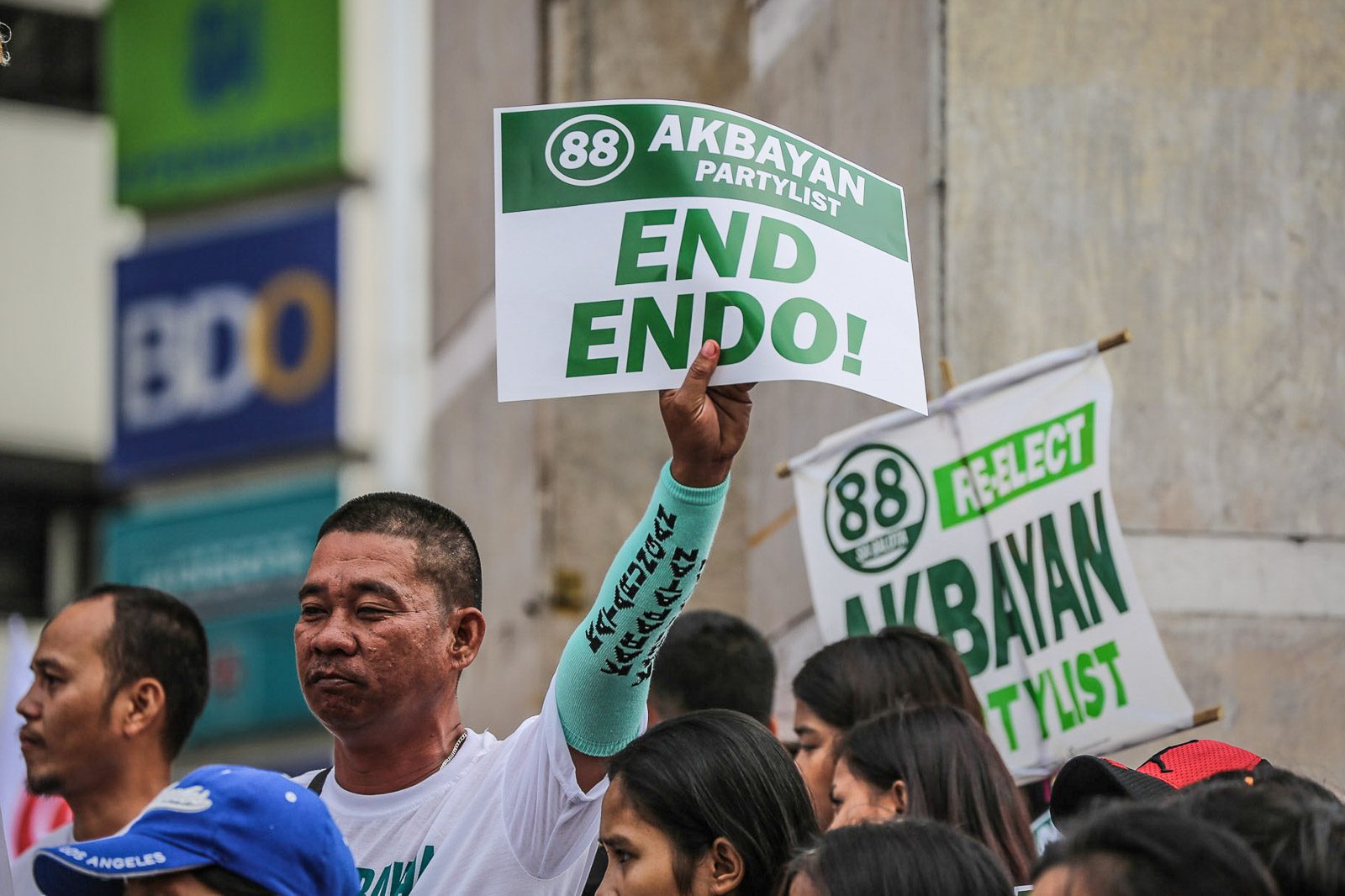 MANILA, Philippines – Right after confirming to multiple reporters that President Rodrigo Duterte had vetoed the anti-endo or security of tenure bill, Presidential Spokesman Salvador Panelo backtracked, saying the Chief Executive is yet to decide on the matter.

“Security Tenure Bill not yet vetoed. PRRD (President Rodrigo Roa Duterte) still studying the pros and cons. Sorry about the error. We will know tomorrow for sure,” he said in a message to reporters late Thursday night, July 25.

Some 30 minutes before, he had told reporters the measure was vetoed.

“Poor hearing,” he said, to explain the mistake.

The President’s decision on the security of tenure bill is much awaited given that ending labor-only contractualization was among his major 2016 campaign promises. It is set to lapse into law in two days, on July 27.

A few weeks before, several major business groups joined forces to make a last-minute plea to Duterte to veto the bill.

Yet Duterte had certified the bill as urgent in September 2018 and asked Congress to pass it during his State of the Nation Address (SONA) that year.

He conspicuously made no mention of the bill in his SONA this year, which led labor groups to say Duterte no longer prioritizes labor rights.

Socioeconomic Planning Secretary Ernesto Pernia had his own reservations about the bill, saying it needed tweaking so it would safeguard investment as well as protect workers.

If the bill is signed into law, it would be illegal for a job contractor to merely supply and recruit workers to a contractee.

It would also be illegal for workers supplied to a contractee to perform tasks or activities that are listed by the industry as directly related to the core business of the contractee.

Problematic for labor groups, too. But even some labor groups had problems with the bill submitted to Duterte for his signature.

They claimed it is a watered down version of the bill the House of Representatives had adopted. The Lower House had decided to abandon this bill and adopt the Senate version instead, to expedite its progress in Congress.

They had wanted the following features in the bill:

Back in May 2018, Duterte had signed an executive order on contractualization that labor groups slammed as “useless.”

The President had admitted the only way to end labor-only contracting is to amend the Labor Code, which only the legislative branch can do.

With his veto of the anti-endo bill, Duterte is still to keep his campaign promise to end all forms of labor-only contractualization. – Rappler.com