Jul 25, 2019 3:43 PM PHT
JC Gotinga
Facebook Twitter Copy URL
Copied
Lorenzana clarifies that it was not an aircraft carrier but several smaller Chinese naval vessels, and that China should have informed Philippine authorities about their passage 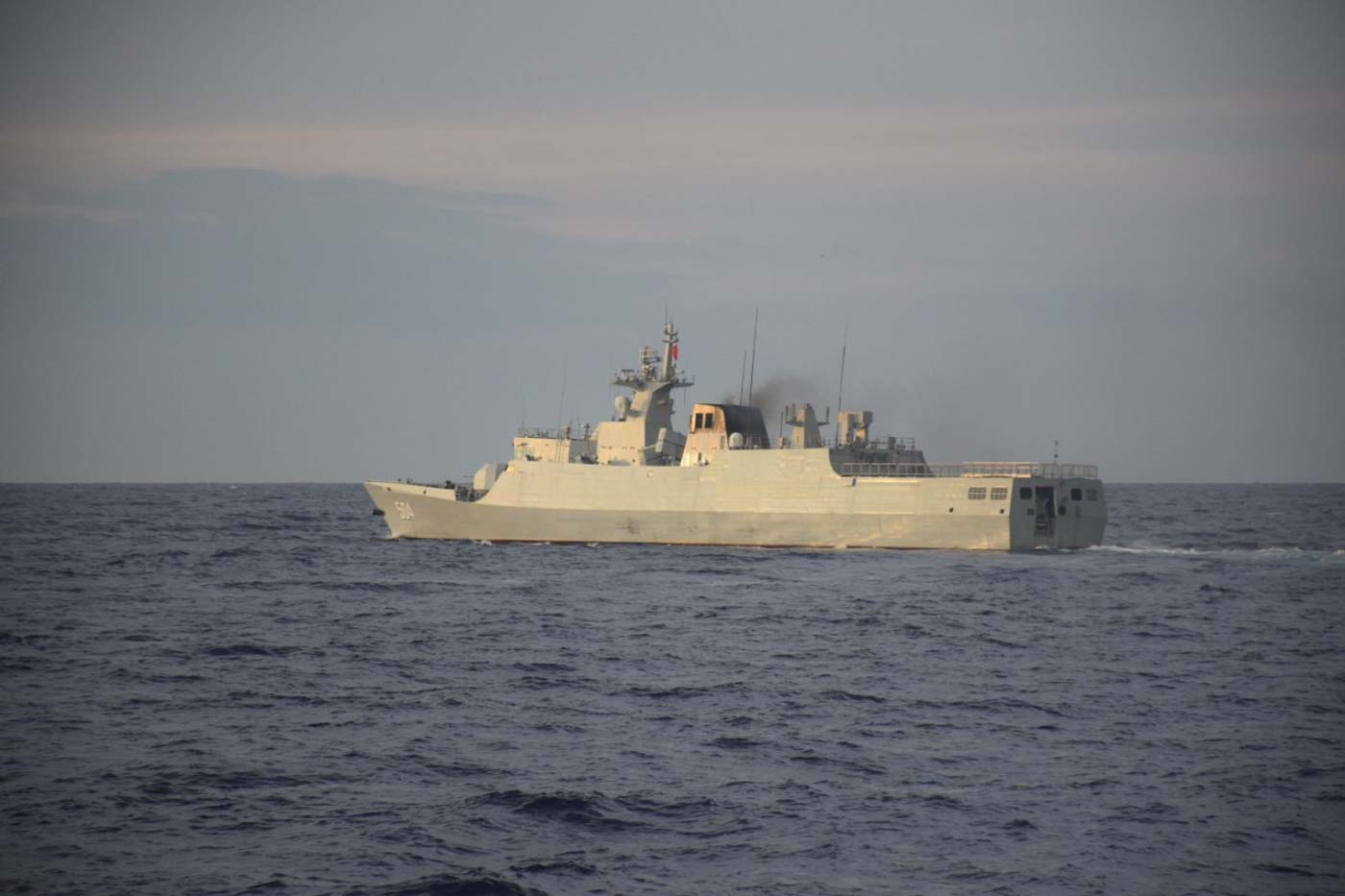 MANILA, Philippines – It apparently was not the aircraft carrier Liaoning, but several Chinese warships did sail through the Sibutu Strait in Tawi-Tawi 4 times since February without informing Philippine authorities, confirmed Defense Secretary Delfin Lorenzana.

China’s People’s Liberation Army (PLA) Navy should have notified the government ahead of its passage through Philippine waters, Lorenzana added, even if Sibutu Strait is an international waterway where foreign ships have the “right of innocent passage.”

“Kung mga warships ‘yan (If those are warships), they should inform us that they are passing,” Lorenzana told reporters on Thursday, July 25, as the Philippine Coast Guard presented newly-acquired assets at its headquarters at the Port of Manila.

Last Friday, July 19, Supreme Court Senior Associate Justice Antonio Carpio revealed in a forum in Quezon City that the Liaoning passed through Sibutu Strait that day, and later on clarified that it happened “2 to 3 weeks ago.”

Sought for comment by Rappler, Lorenzana said then that he had not received any report from the military regarding a Chinese ship passing through Sibutu Strait, and that “there is no need to ask permission if it is innocent passage.”

But the following Monday, July 22, Lorenzana brought up the matter with Chinese Ambassador Zhao Jianhua on the sidelines of President Rodrigo Duterte’s State of the Nation Address at the Batasan Pambansa.

Zhao said it was not the Liaoning but several smaller PLA Navy warships that passed through the strait, and that he only knew about it afterwards, according to Lorenzana.

Sibutu Strait lies between Tawi-Tawi’s main island and Sibutu island, which is part of Tawi-Tawi province. Although part of the country’s maritime territory, the strait has been declared an international sea lane because it is the only viable channel connecting Sulu Sea and Sulawesi Sea.

Some 150 ships sail through it every day, according to Lorenzana, mostly commercial ships that, under international maritime law, may pass by without informing the Philippine government.

Warships, such as those of China’s PLA Navy, are a different matter. – Rappler.com