At least 8 dead in Batanes earthquakes

Jul 27, 2019 8:22 AM PHT
Rappler.com
Facebook Twitter Copy URL
Copied
(8th UPDATE) Aftershocks are felt in Batanes, as well as a stronger magnitude 5.9 earthquake 3 hours after the tremor that caused more structures to be damaged 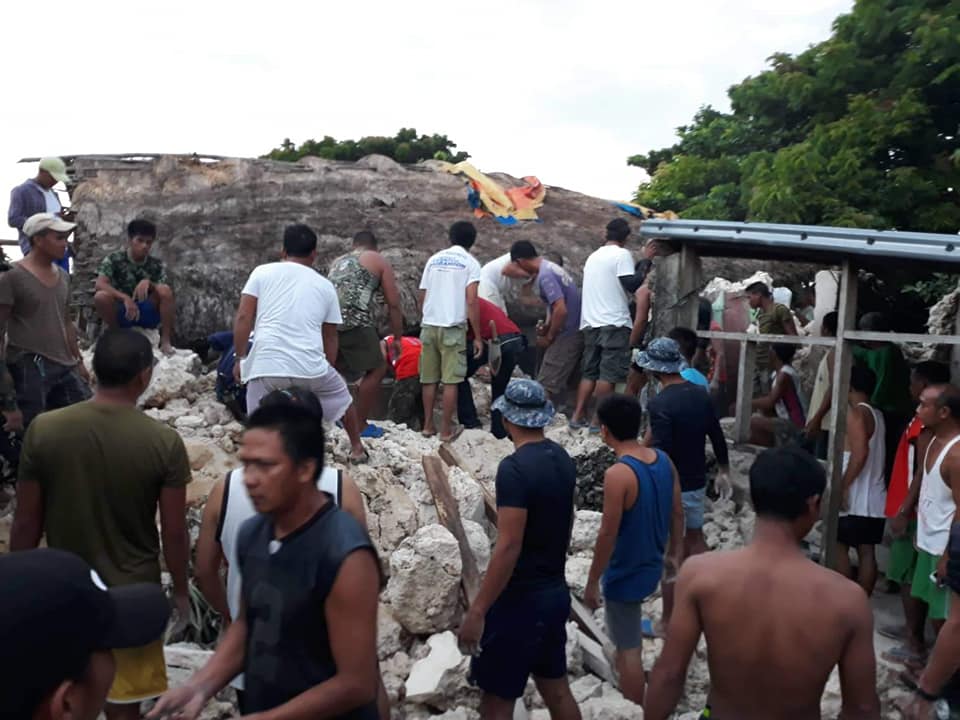 The quakes – magnitude 5.4 and magnitude 5.9 – struck within hours of each other, according to bulletins from the Philippine Institute of Volcanology and Seismology (Phivolcs). No tsunami alerts were issued but aftershocks were expected.

Mayor Raul de Sagon told Agence France-Presse that 8 people had been killed and around 60 others were hurt. The extent of their injuries was not immediately clear. (LOOK: Itbayat church, ancestral homes damaged in Batanes earthquake)

The first earthquake, which was tectonic in origin, struck east of Itbayat at a depth of 12 kilometers at 4:16 am – around the same time that Metro Manila authorities conducted the annual earthquake drill.

The following intensities were felt:

There were aftershocks recorded, as well as a stronger magnitude 5.9 earthquake past 7 am, which struck east of Itbayat and registered stronger intensities.

The following intensities were felt in relation to the 7:37 am earthquake:

Phivolcs’ initial bulletin placed the 7:37 am earthquake at magnitude 6.4 but later amended this to magnitude 5.9.

Another magnitude 5.4 earthquake east of Itbayat was recorded at 9:24 am. 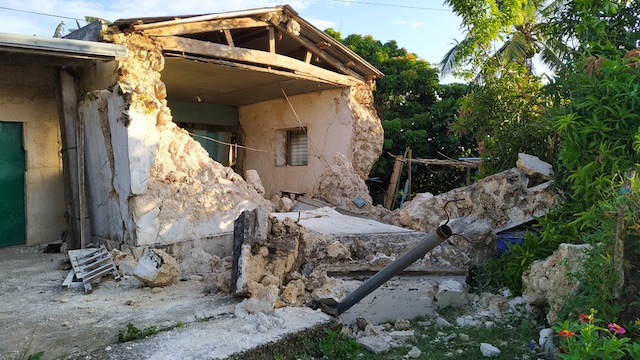 Police Sergeant Uzi Villa said the timing of the quake meant many people were at home when the first quake struck.

Terrified residents fled their homes as the quake caused thick stone walls to collapse. Some paved roads were also cracked.

Many people were still asleep when the first tremor struck around 4:15 am, followed less than 4 hours later by the second stronger jolt.

“We saw houses shaking. Some of the walls of the houses collapsed and fell on the victims,” he told AFP.

“Some people died because they were sleeping soundly since it was still early,” he added.

The National Disaster Risk Reduction and Management Council (NDRRMC) said that the Office of Civil Defense Administrator Undersecretary Ricardo Jalad and OCD Operations Service Director Harold Cabreros had a video teleconference with the Regional DRRM Council of Region 2 to monitor the situation.

“OCD is also coordinating with the AFP and the DOH for the immediate dispatch of medical and rescue teams,” it added.

Malacañang said in a statement past noon that President Rodrigo Duterte had been briefed about the situation and that the Office of the President was close monitoring other developments in Batanes following the tremor.

“The President…directed all agencies to respond and undertake measures to provide assistance to the victims of this force majeure and rehabilitate the damaged properties in the areas,” said Presidential Spokesman Salvador Panelo, adding that”relief operations are going on and in full swing.””

“We ask affected constituents to remain calm as we urge them to remain vigilant and cooperative to government response and relief teams,” he added.

Cabinet Secretary Karlo Nograles said in a statement on Saturday afternoon that based on the latest reports received by Malacañang, only the Itbayat church suffered major structural damage.

“There are some concerns about weather conditions, which is why everyone is working double time to make sure that we can immediately provide help to those who are affected by the quake. Time is of the essence here because of inclement weather,” he added.

House Majority Leader Martin Romualdez urged his fellow lawmakers to aid in relief and rehabilitation efforts in Batanes, and that he had talked to Batanes Representative Ciriaco Gato to ask what kind of help the province needs.

“We already made available a private plane for Rep. Gato so he can fly immediately to his province to assess the situation on the ground. We expect an initial report from him the soonest time possible so we can help mobilize all the resources needed,” he said in a statement.

Romualdez said Gato would bring with him a team of volunteer doctors and initial supply of medicine, ready-to-eat food, and drinking water. – with reports from Pia Ranada, Agence France-Presse/Rappler.com