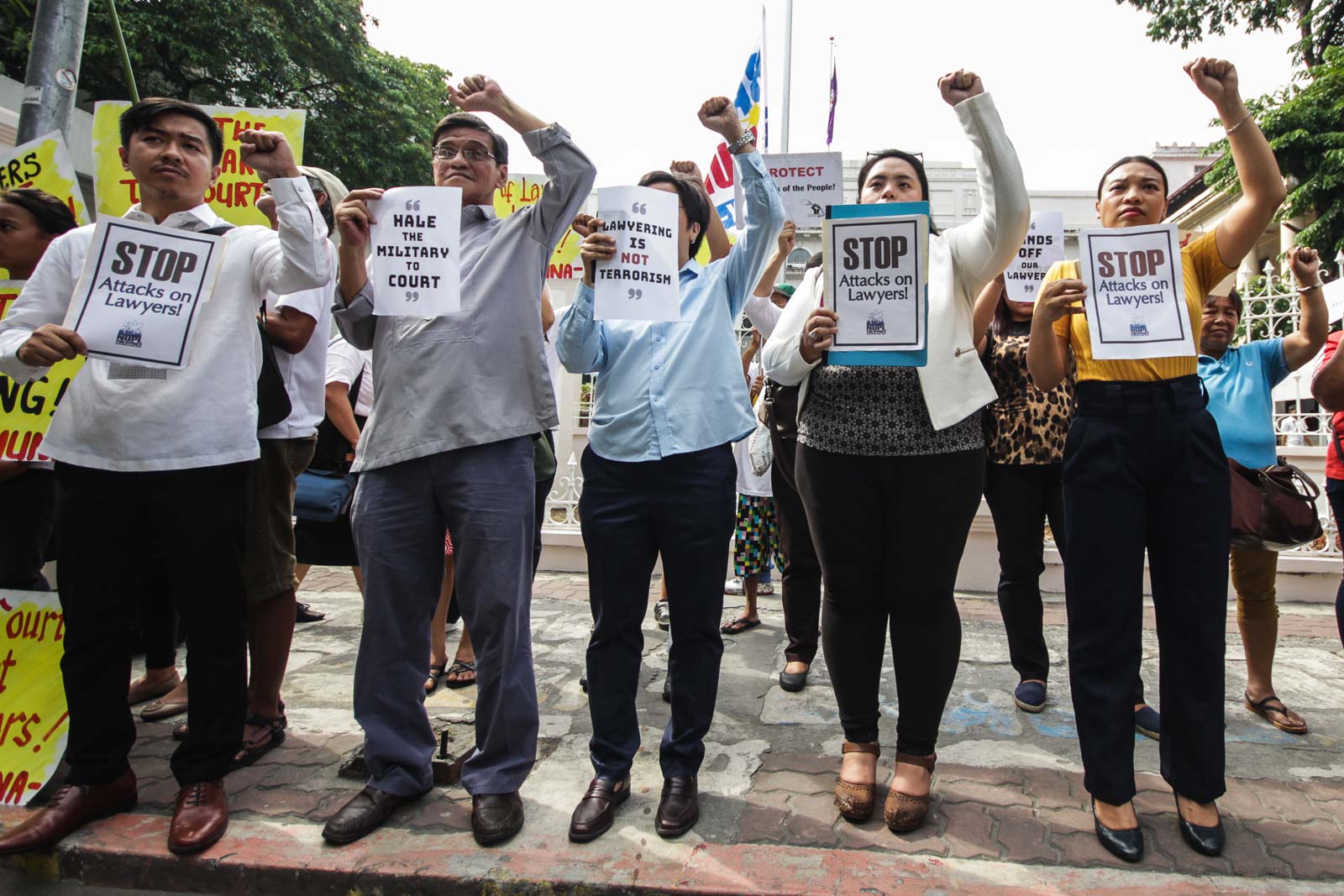 MANILA, Philippines – The Court of Appeals (CA) denied the petitions for writs of amparo and habeas data of rights group National Union of Peoples’ Lawyers (NUPL), which sought a protection order from the military and which would have prompted a more in-depth investigation into instances of red-tagging of lawyers.

This loss at the appellate court has frustrated the human rights lawyers, with its president Edre Olalia saying it is proof that the writ of amparo, an extraordinary relief for protection, is ineffective.

“It only strengthens impressions that amparo as a legal remedy has time and time again failed expectations of victims for immediate and judicial protection,” Olalia said.

The NUPL and several of its lawyer members accused the military of harassing and red-tagging its members.

The NUPL and their witnesses presented leaflets that tagged them as communist rebels or linked to the New People’s Army (NPA), the armed wing of the Communist Party of the Philippines.

The petition also cited the statements of military general Antonio Parlade Jr that accused the NUPL of having links to communist rebels.

The CA was not satisfied that these were proof of army harassment.

“There is also no evidence that respondents (military) are keeping records of investigations and other reports about the petitioners (NUPL) or their alleged ties with the CPP-NPA,” said the CA decision penned by Associate Justice Pedro Corales, with concurrences from Associate Justices Stephen Cruz and Germano Francisco Legaspi.

Olalia said: “How many more lawyers and human rights defenders need to be killed, vilified, harassed, threatened, and labeled before the dots are connected?”

A writ of amparo is a legal remedy seeking a protection order, while a writ of habeas data asks the court to compel the respondent to delete or destroy damaging information.

The last time that a human rights lawyer was granted the privileges of the writ of amparo was in 2015 when the NUPL’s Catherine Salucon won her petition.

Salucon claimed she was being harassed and red-tagged, and the CA ordered the military to identify specific personnel and file charges against them.

“They went through the motions, even claiming Atty Salucon was uncooperative,” said Olalia.

Salucon was once again a petitioner in the recently-denied amparo petition, but the CA said they are “constrained” by their previous grant of amparo “from acting upon her prayers” this time.

“It also reinforces the studied view that domestic remedies for redress of rights violations are, by and large, ineffective and unavailing, especially under the present political situation,” said Olalia.

NUPL said the military knows how to take advantage of the loopholes in the rule of amparo.

“We even submitted a few years back proposed amendments to the SC based on our experience and lessons but it has not been acted upon,” said Olalia.