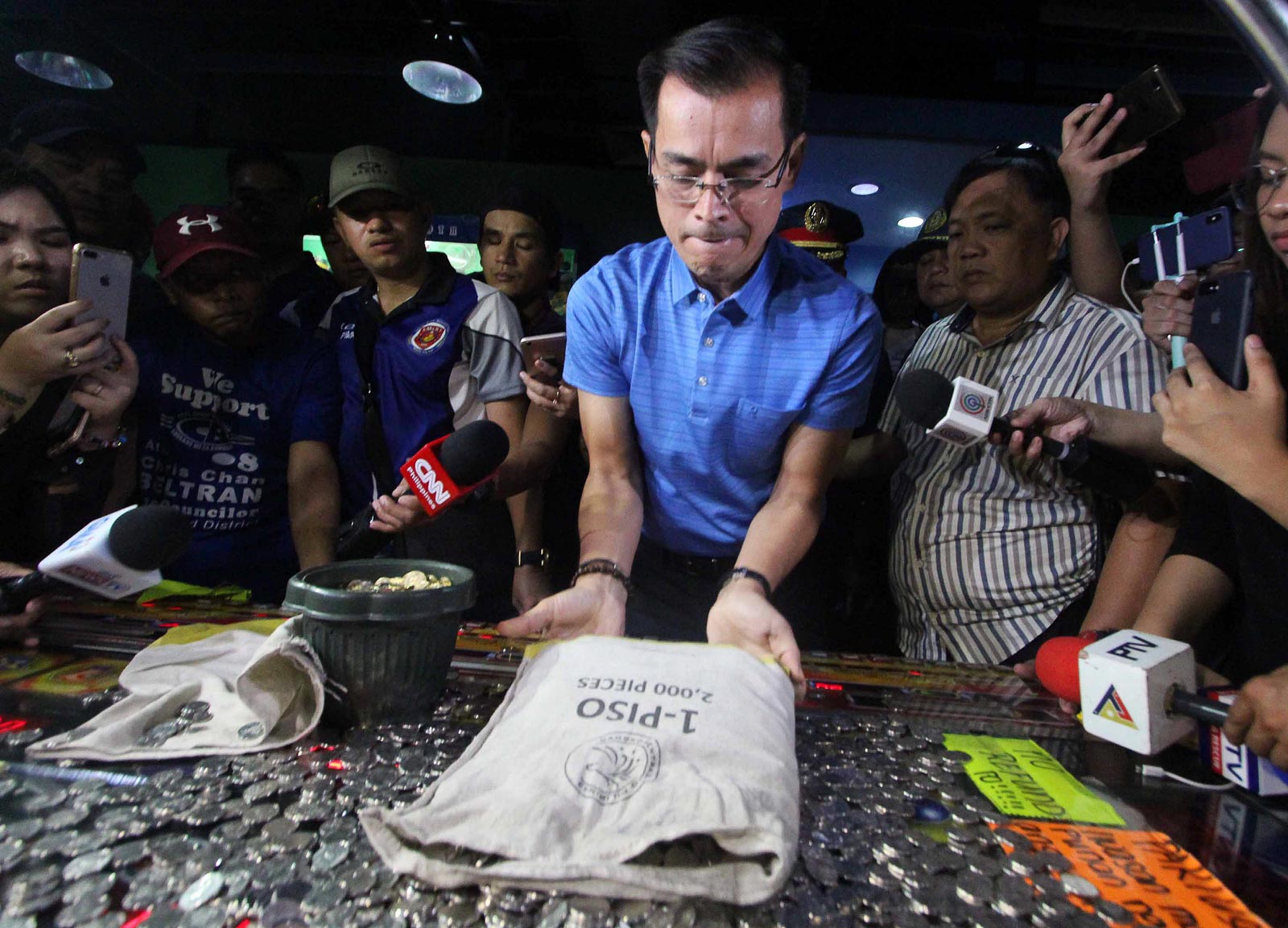 MANILA, Philippines – Following a tip from a “netizen,” the Manila Police District (MPD) raided a gambling store allegedly fronting as a gaming store.

But they had a teammate who wore no blue uniform. Manila Mayor Isko Moreno joined them.

At around 1:45 pm on Wednesday, July 31, Moreno stepped out of his white SUV and went to the top floor of the Isetann mall along Recto Avenue, entering a gaming store labeled AW Amusement.

The store was packed with flashing games, and was even accommodating a few players when the mayor arrived. Before he began examining the equipment, Moreno ordered the alleged gamers to go out as they had children with them.

He then proceeded to point out that the gaming devices were not for amusement, but for gambling. (READ: Police begin crackdown on PCSO games after Duterte order)

“They pose as an amusement game center. In an amusement game center which is sometimes allowed by local government units, they will buy a coin or through a card a load. Then when played, they win tickets, and tickets are converted into points. Points gathered can be converted into something,” Moreno told reporters in a mix of English and Filipino.

He added: “But what they are doing, after the report we conducted about a few days ago through General Danao and Major Ibay of SMART city hall detachment, we saw in the video that one peso also wins one peso.”

Moreno said the establishment violated Presidential Decree No. 1602, which prohibits illegal gambling. He added that they are still studying cases against the mall.

According to Moreno, he is certain that the store would be closed down with its permits revoked. Police were still processing the area as of posting. – Rappler.com