Carpio: PH must compel foreign ships to keep trackers on when passing through 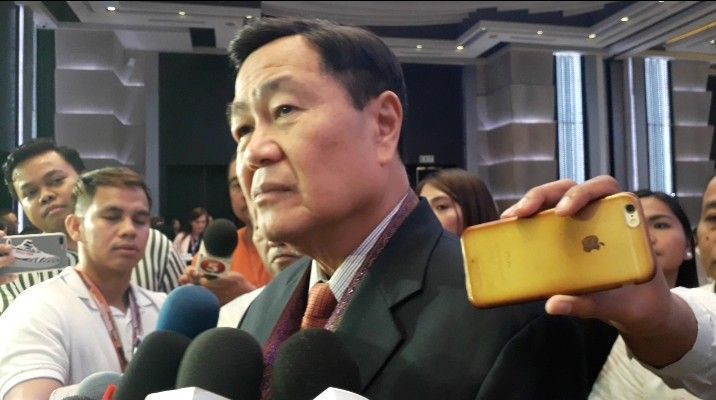 MANILA, Philippines – The Philippines must take the lead in declaring a global policy on foreign ships to keep their trackers on if they want to pass by our waters, said Senior Associate Justice Antonio Carpio, as a response to the confirmed incident of Chinese warships passing through Tawi-Tawi.

Lorenzana has told China to remind its ships to always keep its automatic identification system (AIS) on when crossing Philippine waters.

Carpio said keeping AIS on should be a requirement, but acknowledged there is no rule on that yet – unless the Philippines initiates the declaration of one.

“We should notify all of them, we can declare a policy, announce it to the world  that, yes, we allow innocent passage under United Nations Convention for the Law of the Sea (UNCLOS) because we are obliged to do that. But don’t turn off your AIS because you should be open about it,” said Carpio on Wednesday, July 31.

Sibutu Strait is an international waterway where foreign ships have the “right of innocent passage,” but Carpio said passages must always be made known to the country.

“So if you turn it (AIS) off you are not acting innocently, you are hiding something,” said Carpio.

It was Carpio who earlier sounded the alarm on Chinese ships passing by Tawi-Tawi, where he hit China’s double-standard as the superpower has always driven away ships and aircraft passing through or over territories it claims to be theirs.

National Security Adviser Hermogenes Esperon Jr said that some 113 Chinese fishing vessels have been swarming Pag-asa Ssland in February and July. Foreign Secretary Teodoro “Teddyboy” Locsin Jr said on Wednesday that a diplomatic protest has been filed against China.

One of the team leads behind the Philippines’ international legal victory over China on the West Philippine Sea, Carpio is again automatically nominated to be chief justice even though he will retire one week after Chief Justice Lucas Bersamin retires mid-October.

Carpio has butted heads with President Rodrigo Duterte on China policies. He lost the chief justice post to Bersamin in 2018, despite being the most senior in the bench at the time. – Rappler.com