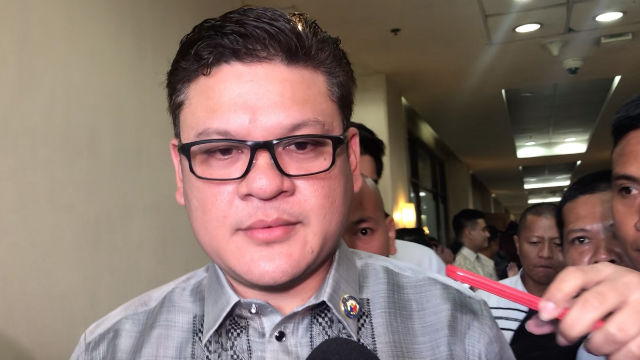 A party insider told Rappler on Wednesday, July 31, that the presidential son, one of the deputy speakers in the House of Representatives, would take his oath as an NUP member next week.

The NUP was declared a national political party in 2011. It is chaired by former interior secretary Ronaldo Puno.

Asked to confirm Paolo’s intention to join his party, Antipolo 1st District Representative Roberto Puno, an NUP member, said they had already “adopted” the Davao City congresman among their ranks.

The source said Paolo might have been turned off by the factions within PDP-Laban that emerged during the heated speakership race.

In the end, PDP-Laban had to accept the decision of their party chair Duterte to green light the term-sharing arrangement between their party mate Velasco and Taguig City-Pateros Representative Alan Peter Cayetano, who will serve as Speaker in the first 15 months.

In a speech on Tuesday night, July 30, the President himself picked on Paolo for switching political parties. Duterte even joked that his son should just join the New People’s Army (NPA) instead.

(Inday is okay, Sebastian also. Pulong, I don’t see much of. He keeps changing parties. He should just join the New People’s Army, it would be better.)

Back in 2015, Paolo had left the local political party his father founded, due to a misunderstanding on who would succeed Duterte as mayor. He eventually returned and ran under the party in succeeding elections.

The Anti-Crime and Terrorism Community Involvement and Support (ACT-CIS) party list, which topped the May elections, has also forged an alliance with NUP.

“We welcome the adoption of ACT-CIS party list under the National Unity Party. This will help the party list to widen its affiliation in achieving the national goal towards a progressive nation,” ACT-CIS Representative Niña Taduran said.

Taduran, however, said ACT-CIS will remain a member of the Party-list Coalition Foundation Inc, the bloc of party-list lawmakers in the House.

On Tuesday, August 6, Puno expressed doubts over reports that Paolo Duterte was gunning to become Speaker someday. But the veteran political strategist believes the presidential son has the potential to be an “influential” member of the House.

“He has the makings of a very good congressman, I think. I think people underestimate him because he is a local politician. But I think he has good possibilities of really being an influential member of Congress,” said Puno.

“And he gets along very well with everybody else. So for somebody who has been there for a very short time, ang dami niyang kaibigan (he has a lot of friends). And I think sa amin sa NUP, we’re lucky marami sa amin ang naging malapit sa kanya (And I think for us in NUP, we’re lucky many of us are close to him),” he added.

As an adopted NUP member, Paolo will be able to retain his membership in the Davao City-based Hugpong ng Tawong Lungsod (HTL), which he formed for his successful congressional bid. – Rappler.com