Duterte to use emergency powers to stop Negros violence 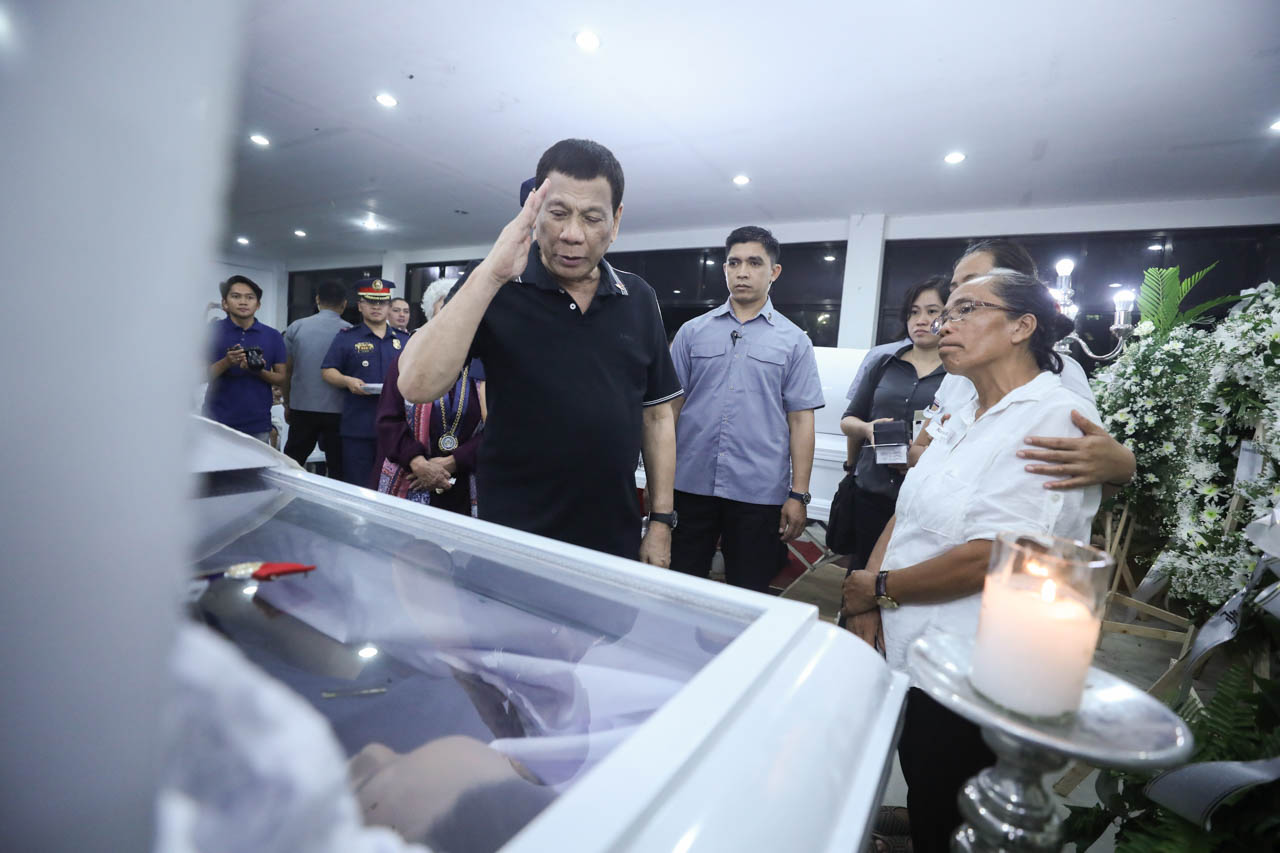 MANILA, Philippines – President Rodrigo Duterte will use all powers of the presidency under the Constitution to quell “lawless violence” in Negros Island, where at least 21 have been killed in a little more than a week. (READ: Death comes unprovoked in Negros Island)

“The Chief Executive is cautioning the enemies of the state in the island of Negros that he will use his emergency powers under the Constitution to quell the lawless violence engulfing the island, as well as to crush all forms of threats aimed to destroy the government,” said Presidential Spokesperson Salvador Panelo on Wednesday, July 31, in a statement.

Duterte is blaming many of the killings on the New People’s Army (NPA). In previous speeches, he had accused its members of killing and torturing 4 policemen in Ayungon town, Negros Oriental.

In the same statement, Panelo said Duterte had raised to P5 million his offer of reward money for the capture of the killers, “dead or alive.”

The President dangled an additional reward of P100,000 for anyone who participated in the killing.

Duterte also accused the NPA of killing civilians in Negros Island, slamming them for going “overboard.”

He said the communists were taking advantage of land disputes to stir up violence and chaos in the island.

“The communist rebels have exploited the land unrest and turned the province into a quasi-state. They have arbitrarily chosen who will own the lands subject of the controversies surrounding them,” Panelo said.

Malacañang warned the NPA that Duterte has no qualms about committing atrocities against their members.

“The President vows to replicate the atrocious acts done by the communist rebels to the civilians, the barangay officials, and the law enforcers against these murderers in defense of our countrymen,” Panelo said.

The Chief Executive, said his spokesperson, would do anything to “serve and protect” Filipinos and “fiercely save the Republic from imminent ruin.”

Four Catholic bishops in Negros Island condemned the killings and called on parishes to toll their bells every 8 pm until the murders stop.

Back in November 2018, Duterte had issued Memorandum Order No. 32 deploying more cops and soldiers to Negros Oriental and Negros Occidental, aside from Samar province and the Bicol region.

The order cited “sporadic acts of violence” committed by “lawless groups” and directed military and police to “prevent such violence from spreading and escalating elsewhere in the country.”

The Philippines has been under a state of national emergency on account of lawless violence since September 5, 2016, after a bomb exploded in Davao City, killing 14. – Rappler.com