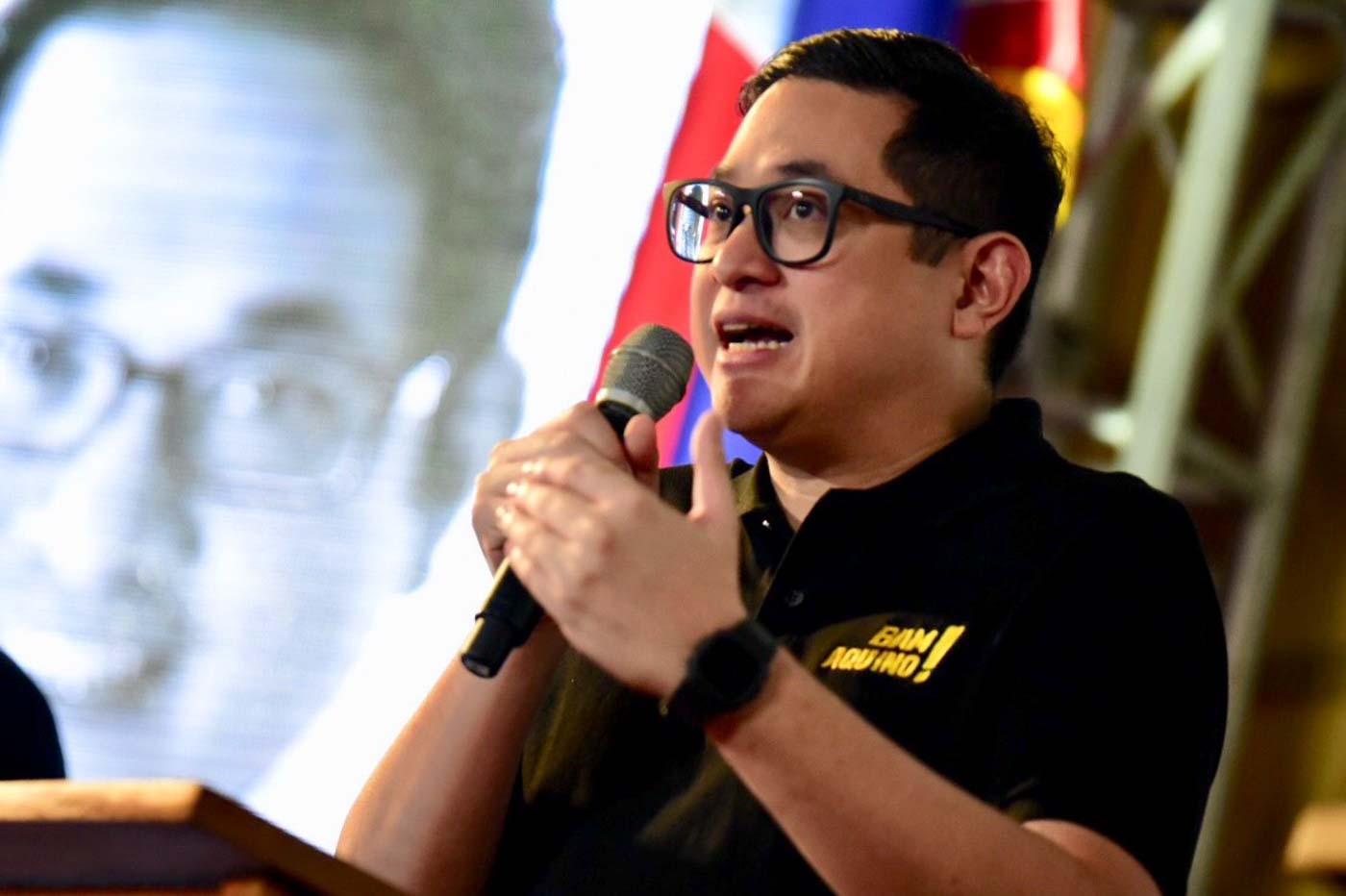 Aquino was reacting to the claim of Senator Christopher “Bong” Go, who based his allegation on the say-so of alleged scammers police presented to the media on Thursday.

The alleged scammers – Dennis Borbon and Edgar Buluran – were arrested for posing as a congressman to solicit thousands of pesos from lawmakers and a vice governor.

In text message to Rappler, Aquino said that Borbon apparently wanted to change the narrative of the story to divert attention away from his crime.

(Borbon wants attention and it’s clear that he’s trying to change the story so that people will forget the crimes he committed. We don’t have anything to do with him.)

During the briefing on Thursday morning, Go alleged that Aquino and former senator Antonio Trillanes IV were involved in Borbon’s “demolition job” against administration bets in the May elections.

Borbon then volunteered the information that he was an “anti-administration” blogger and claimed that he was hired by the chief of staff of Aquino to discredit Go and their allies.

He also alleged that he rendered his services to former Magdalo congressman and defeated opposition senatorial bet Gary Alejano.

“Huwag sana nating paniwalaan ang mga tao gaya ni Borbon na manloloko at nakasangkot sa mga scam (Let’s not believe people like Borbon that is a fraud and has been part of a scam),” Aquino said.

Like Aquino, Alejano also denied hiring Borbon, saying that his entire social media campaign was managed by professional volunteers. He said that his general rule is to “never resort to smear campaign”

“May our government officials be more responsible in releasing information to the public especially if their source is a scammer,” Alejano said.

Meanwhile, Trillanes said that Go should stop hatching new conspiracies against him.

Since Go had not made a formal complaint based on Borbon’s allegations involving the opposition figures, Philippine National Police spokesman Brigadier General Bernard Banac said the police was not investigating the matter. – Rappler.com