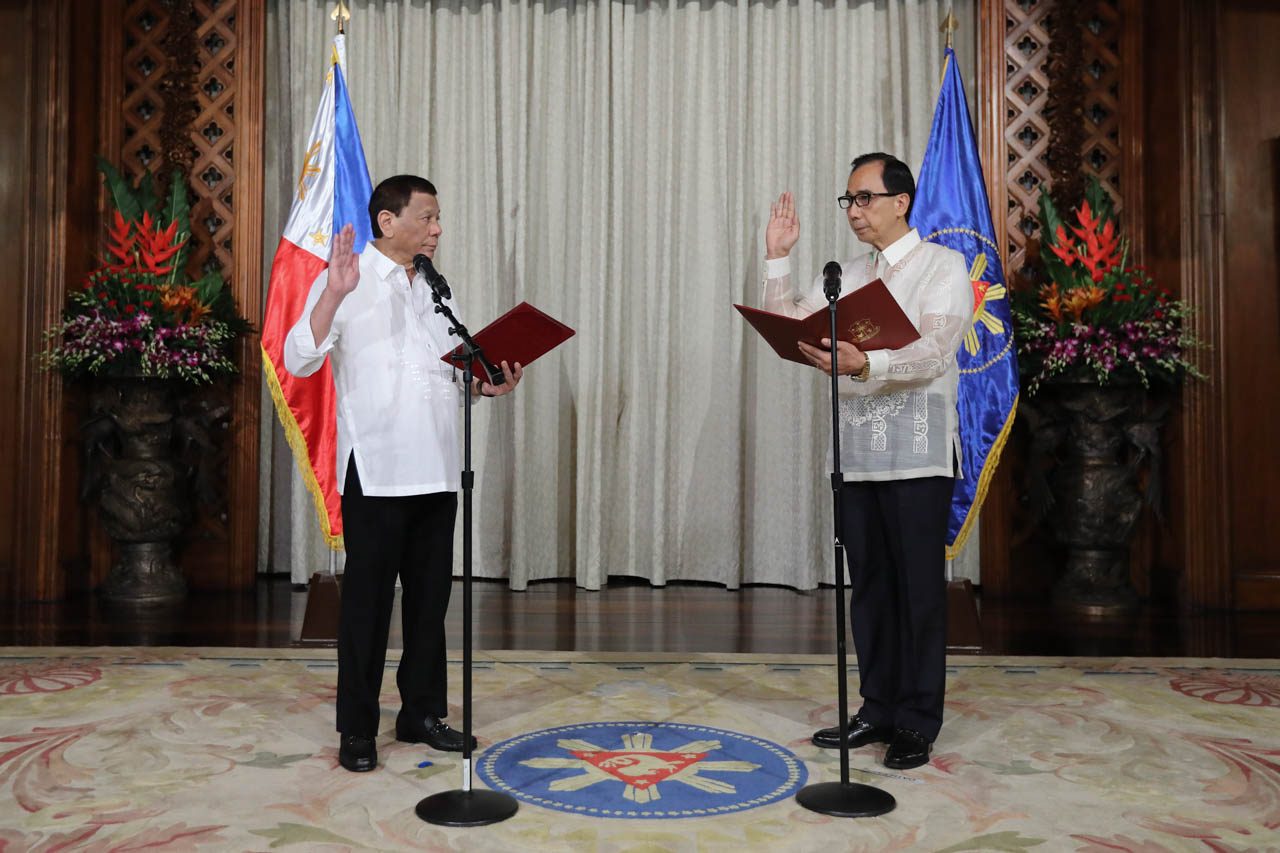 Facebook Twitter Copy URL
Copied
After saying he might pick a former military man to head the Department of Agriculture, President Rodrigo Duterte chooses an agriculture expert instead

This was confirmed by Executive Secretary Salvador Medialdea in a message to Rappler on Monday, August 5. Presidential Spokesman Salvador Panelo later on said Dar is acting secretary for now.

With his new appointment, Dar returns to a post he had assumed two decades ago. Dar had been agriculture chief from 1998 to 1999, during the administration of Joseph Estrada.

He was also Estrada’s presidential adviser on food security in 1999.

But Dar is best known in the agricultural research community as a longtime director general of the International Crops Research Institute for the Semi-Arid Tropics (Icrisat).

For this feat and other contributions, Dar received The Outstanding Filipino (TOFIL) Award in 2016 from Duterte.

In previous speeches, Duterte had said he planned to appoint a military man to head the DA, a continuation of his penchant for appointing retired military generals to critical civilian government posts.

“William Dar has the educational qualifications, domestic and international experience in the field of agriculture,” said Dominguez in a message to Rappler.

Dar also writes a column for the Manila Times, a newspaper owned by Duterte’s special envoy for international public relations.

Duterte decided to replace his first agriculture chief, Emmanuel Piñol, last June after finding his performance in the post lackluster.

Piñol also did not see eye to eye with Dominguez on economic policies.

Dar faces the pressure to deliver on improving a sector of the Philippine economy Duterte had once called the country’s “weakest link.” – Rappler.com