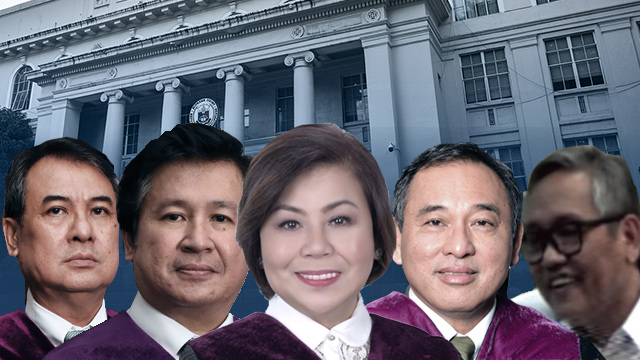 MANILA, Philippines – Taking after former president Gloria Macapagal Arroyo, President Rodrigo Duterte is starting to pack the Supreme Court with young appointees who will serve long after his term.

By the time Arroyo stepped down in June 2010, her appointees filled 14 of the 15 posts in the Court, and many of them – like Renato Corona, Antonio Carpio, Presbitero Velasco Jr, and then, eventually, Lucas Bersamin and Diosdado Peralta – exercised influence within the Court in presidencies after hers.

During Duterte’s first two years, he appointed justices who were near retirement, such as Samuel Martires and Noel Tijam.

But Duterte is now starting to appoint young justices, the latest being Court of Appeals (CA) Justice Rodil Zalameda, who will serve until 2033.

The youngest he has appointed so far is former CA justice, and fellow Bedan, Ramon Paul Hernando, who will retire in August 2036.

At the moment, there are 5 Duterte appointees in the Supreme Court who will serve long after he has finished his term: associate justices Alexander Gesmundo, Hernando, Amy Lazaro Javier, Henri Jean Paul Inting, and Zalameda. 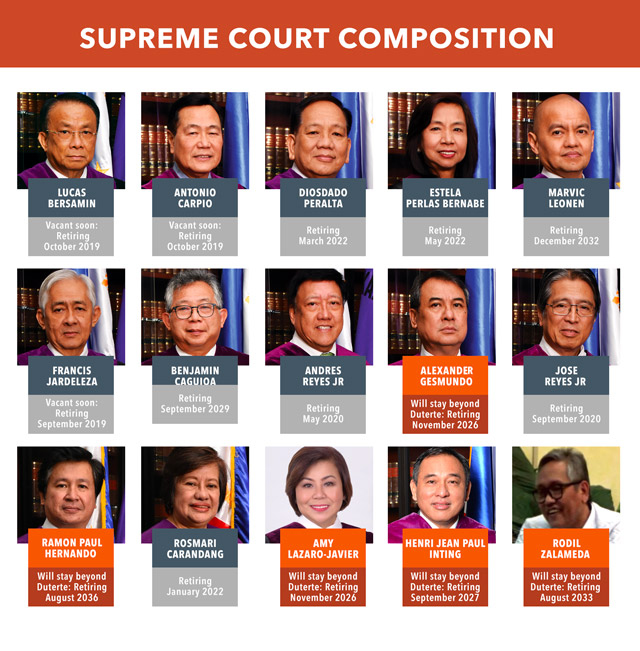 But it won’t stop there because in 2019 alone there will be 3 additional vacancies with the retirement of Chief Justice Lucas Bersamin, Senior Associate Justice Antonio Carpio, and Associate Justice Francis Jardeleza.

By 2022, when Duterte steps down, only associate justices Marvic Leonen and Benjamin Caguioa will be the remaining non-Duterte appointees.

Watchdogs monitor appointments to the SC to ensure it doesn’t revert to being like the Marcos Court, which was accused of enabling the Marcos dictatorship and the human rights violations perpetrated under it. – Rappler.com