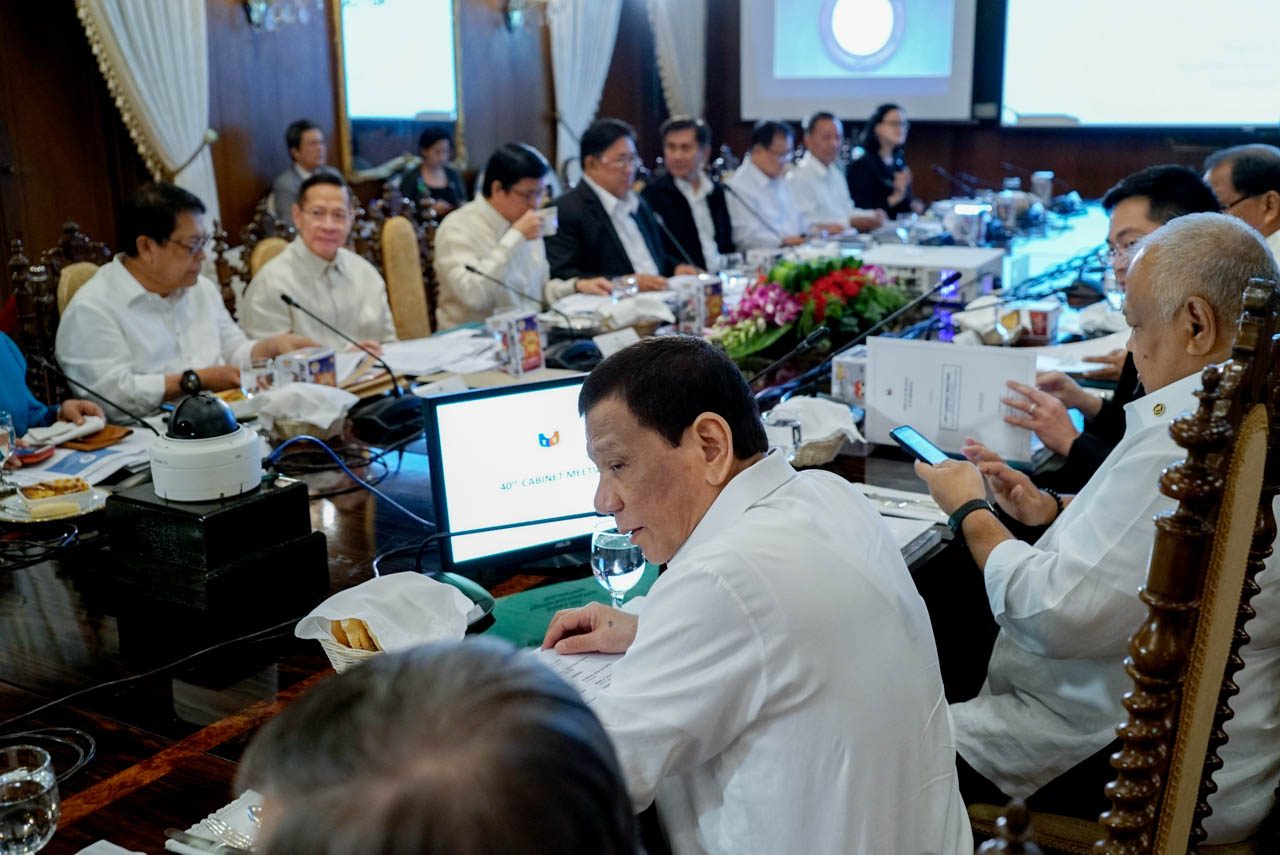 Facebook Twitter Copy URL
Copied
The Department of Education, followed by the public works, transportation, and health departments get the biggest allocations in the Duterte administration's 2020 budget proposal

MANILA, Philippines – The Duterte administration is now gunning for a national budget of P4.1 trillion in 2020.

President Rodrigo Duterte and his Cabinet approved the national budget proposal prepared by the Department of Budget and Management (DBM) during the monthly Cabinet meeting on Monday, August 5.

The DBM aims to submit to Congress the proposed 2020 National Expenditure Program before the August 21 deadline.

The budget will then undergo the scrutiny of the newly-convened 18th Congress, then sent to Duterte’s desk for approval.

“This budget proposal is designed to respond to the needs of the majority of our countrymen longing to be uprooted from decades of want of basic necessities, inadequate supply of basic services, lack of infrastructures required to spur economic growth, absence of accountability on government coffers, vexing bureaucratic rigmarole, deprived education and unchanged poverty,” Presidential Spokesman Salvador Panelo said in a statement on Tuesday, August 6.

Panelo gave assurances that the funds will be “spent wisely” in order to create a “vibrant economy that will be felt by the citizenry.”

Newly-named Acting Budget Secretary Wendel Avisado was present at the Cabinet meeting, as well as Undersecretary Janet Abuel who helmed the department while the 2020 budget proposal was being prepared. – Rappler.com