Duterte to ‘invoke’ Hague ruling in next China visit 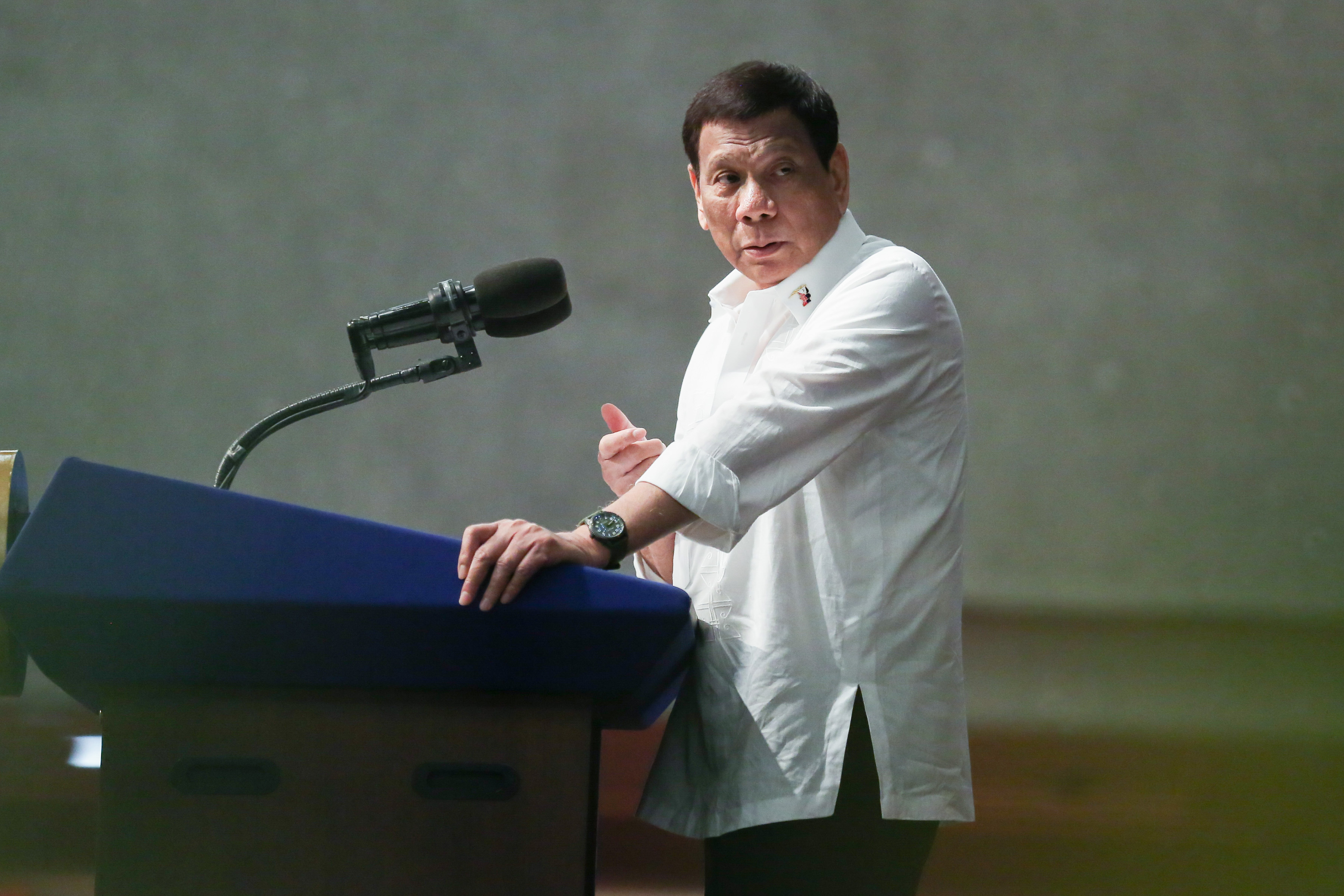 Presidential Spokesman Salvador Panelo said in a Palace news briefing on Tuesday, August 6, that Duterte had said this was his intention for his upcoming trip to Beijing.

“He said, ‘Remember that I said before there will be a time when I will invoke the arbitral ruling. This is the time. That’s why I am going there,’” said Panelo.

The Philippine President will also bring up the recent ramming of a Chinese boat into a Filipino fishing boat in Recto Bank last June. Other flashpoints in the West Philippine Sea will also be discussed, said Panelo.

Duterte had decided that it was time to invoke the international ruling because “he is nearing the end of his term,” said the Palace spokesman. (TIMELINE: The Philippines-China maritime dispute)

“He is also interested in the 60-40 joint exploration of minerals, oil. They will talk about it,” said Panelo.

In a speech later on Tuesday, Duterte himself said he would be raising West Philippine Sea issues with Xi.

“I’m going to China to talk. Did I not tell you before that before my term ends, I will be talking about China Sea?” Duterte said in a speech in front of Filipino-Chinese businessmen.

“I’m going there because there are now some sparks which now need to be addressed immediately. Ayaw ko ng away (I don’t want a fight),” he said.

Yet Duterte has often said asserting the Hague ruling would lead to “war” with China, something critics and maritime law experts disputed. The last time he spoke of the ruling with Xi, the Chinese leader supposedly warned of “trouble.”

In the Senate, Senator Panfilo Lacson said discussing the Hague ruling with China should have been done years ago.

“About time. Dapat noon pa dapat ididiscuss ‘yan dahil (This should have been discussed a long time ago),” Lacson said.

Duterte has also said he would bring up the Hague ruling when the Philippines and China pursue in earnest plans to exploit oil and gas resources in the West Philippine Sea.

In the same news briefing, Panelo announced that Duterte approved the proposal to allow Chinese passports bearing the 9-dash line image to be stamped with the Philippine visa, ending a 7-year policy implemented to protest China’s claim on Philippine territory and maritime domain.

Foreign Secretary Teodoro Locsin Jr said the government would instead stamp the Philippine map, including its Exclusive Economic Zone, on the Chinese passports in order to counter the 9-dash line image. – with a report from Aika Rey/Rappler.com