There are EJKs in Manila, contrary to what Isko Moreno believes

Aug 10, 2019 9:00 AM PHT
Rambo Talabong
Facebook Twitter Copy URL
Copied
Killings in 26 barangays in San Andres Bukid are the basis for a petition with the Supreme Court to declare the Duterte anti-drug campaign as unconstitutional 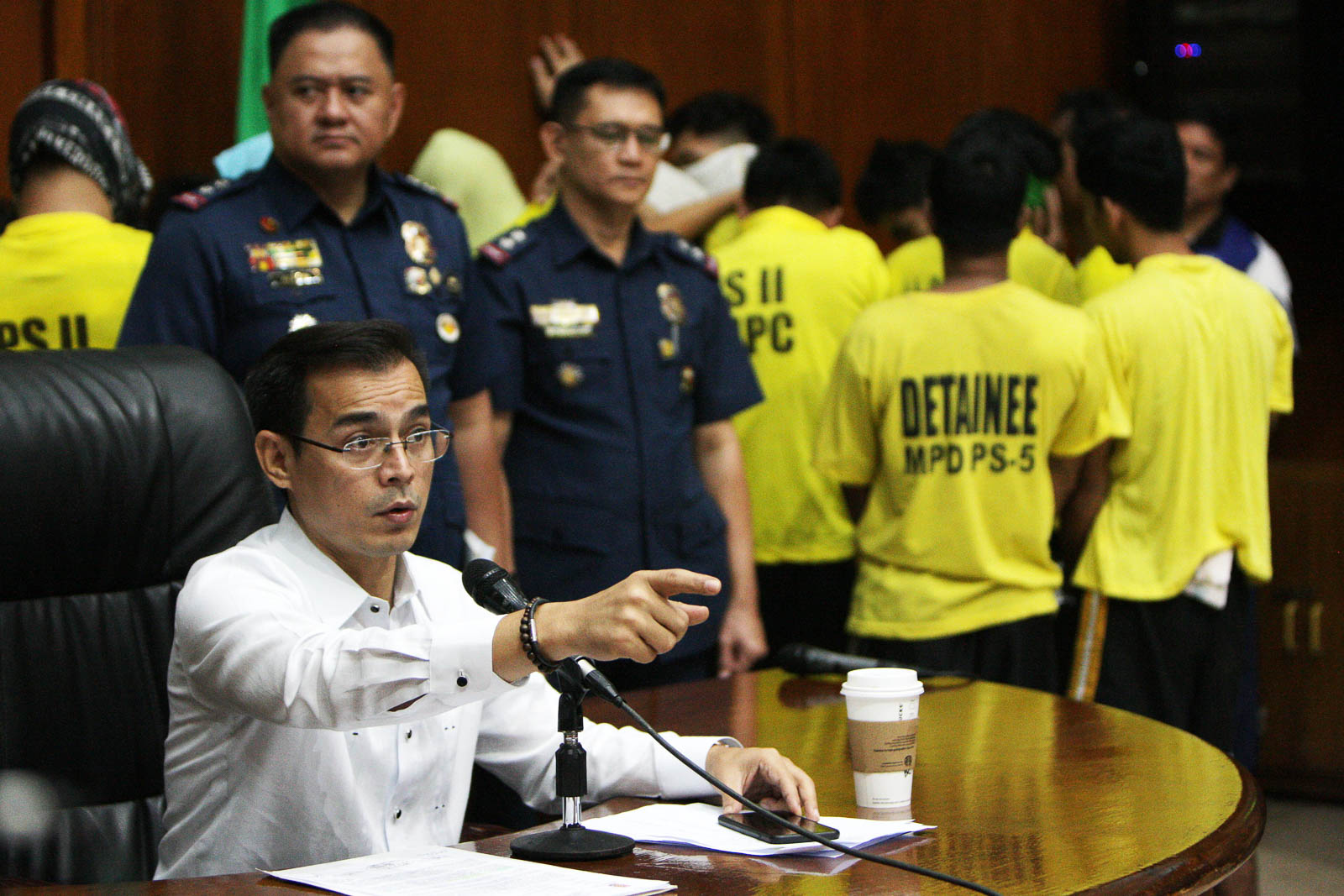 MANILA, Philippines – There are no extrajudicial killings in his city, first-term Manila Mayor Isko Moreno said on Thursday, August 8, as he paraded a fresh batch of drug suspects caught by the police.

As in the first time he presented crime suspects, he took pride in the fact that they were all caught alive.

In his watch. So far.

But of course, he said, cops also need to ensure their safety.

As Moreno made these statements, one of the cops who stood behind him was Lieutenant Colonel Robert Domingo, whom the mayor called by his nickname, Domeng.

He was the commander of Manila Police Station 1, where the Commission on Human Rights in April 2017 found a “secret jail cell,” where drug suspects were crammed, detained for days without any charges against them. Domingo was sacked from his post, even as he denied the allegations of illegal detention.

He was then assigned to other units before returning as commander of Station 4, to stand behind the new mayor in his presentation as drug suspects.

Domingo had also been accused by self-confessed vigilantes of ordering extrajudicial killings to be carried out in Tondo – the district where the mayor grew up.

As of June 30, 2019, across the country, police and anti-drug agents count 5,526 people killed in drug operations for allegedly fighting back. Rights groups estimate the drug war to have claimed as many as 27,000 lives, including the victims of vigilante-style killings.

The police have refused to provide the media with a breakdown of the figures at the city level.

In Manila, however, the anti-drug operations have been so intense that questionable killings in 26 barangays in its San Andres Bukid district have been used as the basis for a petition with the Supreme Court to declare the Duterte anti-drug campaign as unconstitutional.

The High Court has ordered the police to release thousands of documents to prove that the drug war killings have been documented at least. 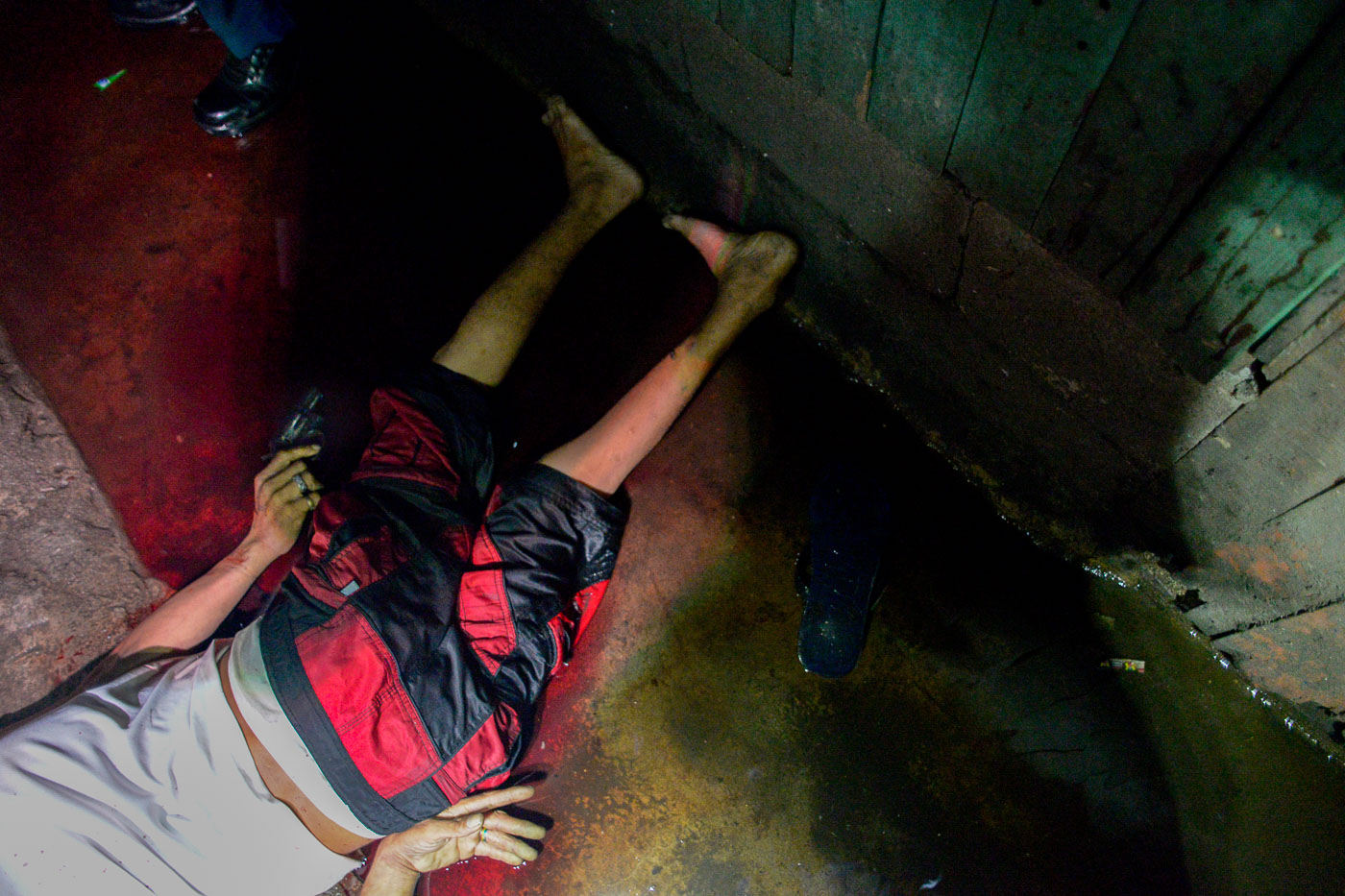 Rappler has reported extensively on the drug campaign fatalities which show signs of extrajudicial killings.

In at least 4 cases, Tondo residents pointed to a policeman who completed summary killings instead of the police conducting legitimate anti-drug stings. In other killings, Manila residents claim that cops go rogue and put on civilian attire to carry out vigilante killings. (READ: The Impunity Series)

The manner by which they killed in Manila, showing signs abuse, has been recorded in other parts of the country, most notably in Central Luzon and Central Visayas.

Moreno’s predecessor, former president Joseph Estrada, was relatively silent on how President Rodrigo Duterte’s anti-drug campaign was enforced in the city, with the chiefs of the Manila Police District calling the shots.

“I don’t want to talk about their failure or success, this past administration of Manila. If there were people who died, that’s their problem,” Moreno said in a mix of English and Filipino.

Asked what he would do to prevent more killings in the nation’s capital, the new mayor said he had given a directive to the police: as much as possible, do not kill.

In his vision for a renewed Manila, Moreno cannot ignore the anti-drug campaign, especially since Tondo, one of its flashpoints, was where he grew up.

“For me, it’s clear that all pushers should be caught, as long as they (policemen) can restrain themselves, because that is according to their training: high tolerance,” Moreno said. “As long as their lives aren’t in danger, you catch the suspects alive and bring him before the eyes of the law.”