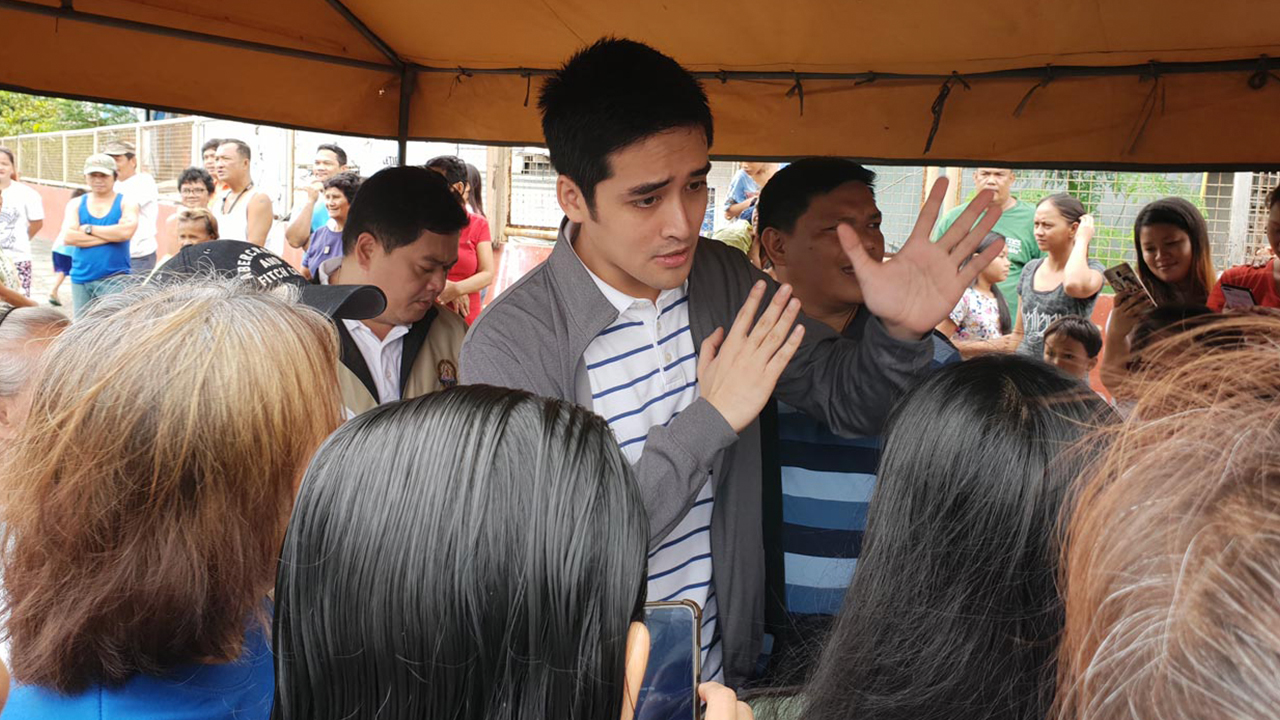 MANILA, Philippines – The smiles and gushes over the arrival of Pasig City Mayor Vico Sotto in a riverside community of Barangay Santolan died down the moment he introduced the small crowd of residents to the city engineer, who was to tell them about a plan to widen a canal that spans the perimeter of their village.

Sotto and a team from city hall had inspected the flood-prone area two days before, on August 7, and he ordered a quick clean-up of the meter-wide canal that runs between the dense neighborhood and a 1.5-kilometer concrete dike, which shields Santolan from the Marikina River.

Little more than a ditch, the narrow aqueduct had been severely clogged with garbage and muck, and hardly served its purpose of catching and diverting floodwater away from the village, made evident by the recent rains.

On Friday, August 9, Sotto returned to the neighborhood at the lower end of M. De Leon Street to consult its residents – informal settlers – about his plan to solve their flood problem.

The canal needed to be widened to at least two meters, Sotto earlier said on his official Facebook page, and the people were hoping he would keep it at that. Any wider and it would eat into the ground some of their homes were standing on.

“Ideally, it should be 7 meters wide,” the city engineer said to the transfixed crowd, “but since we know that would mean a lot of evictions, we’re thinking 5 meters will do.”

The residents stifled gasps. Some straightaway opposed the idea.

“Sobra po ‘yung 5 meters, Mayor (5 meters is too much, Mayor),” an elderly man beseeched Sotto, who bent over to hand him the microphone so that the entire gathering could hear him.

Sotto explained that unfortunately, two meters would hardly cut the problem. Besides, there needed to be a road to encircle the village where firetrucks and ambulances could pass in cases of emergency. Their part of M. De Leon has been reduced to a mere alley, and the road atop the dike was too high above.

(I will listen to all of you. But I want you to know the risks and that, in a way, the project would be wasted if we were to only do two meters. Our firefighters wouldn’t be able to go in. When there’s an emergency, we never know.) 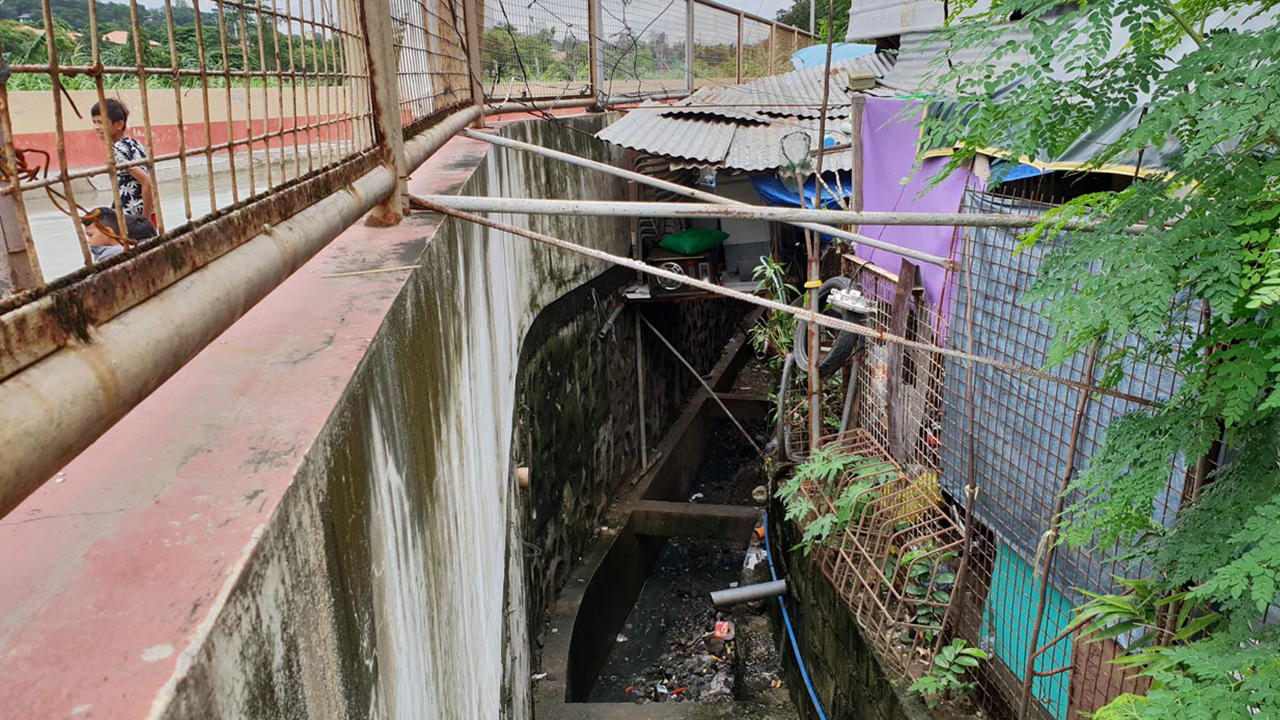 Speaking in an earnest tone and making eye contact with the people gathered around him under tarpaulin awnings, Sotto explained, “Gusto ko po alam ninyo ‘yung risk, alam ninyo ‘yung orihinal na plano (What I want is for you to know the risk, to know the original plan).”

Then he bargained with them: 4 meters? The crowd said 3 meters. How about 3.5 meters?

“Para tayong nagtatawaran sa palengke ah It’s like we’re haggling at the market)!” Sotto jested, and the gathering laughed with him.

Sotto concluded the meeting by saying the matter would not be resolved that day, his council would discuss it, and that he would return to consult them again soon.

(We won’t start the project until everyone who will be affected and will need relocation is relocated properly within Pasig, too. I won’t consent to the old ways that went before. We will first make sure that the location is good and the affected families will be okay there. That is my promise to all of you.)

The crowd burst into cheers and loud applause. Young women rushed to the Mayor for selfies. The men shook his hand. The wives and mothers pressed in and asked him to say more. 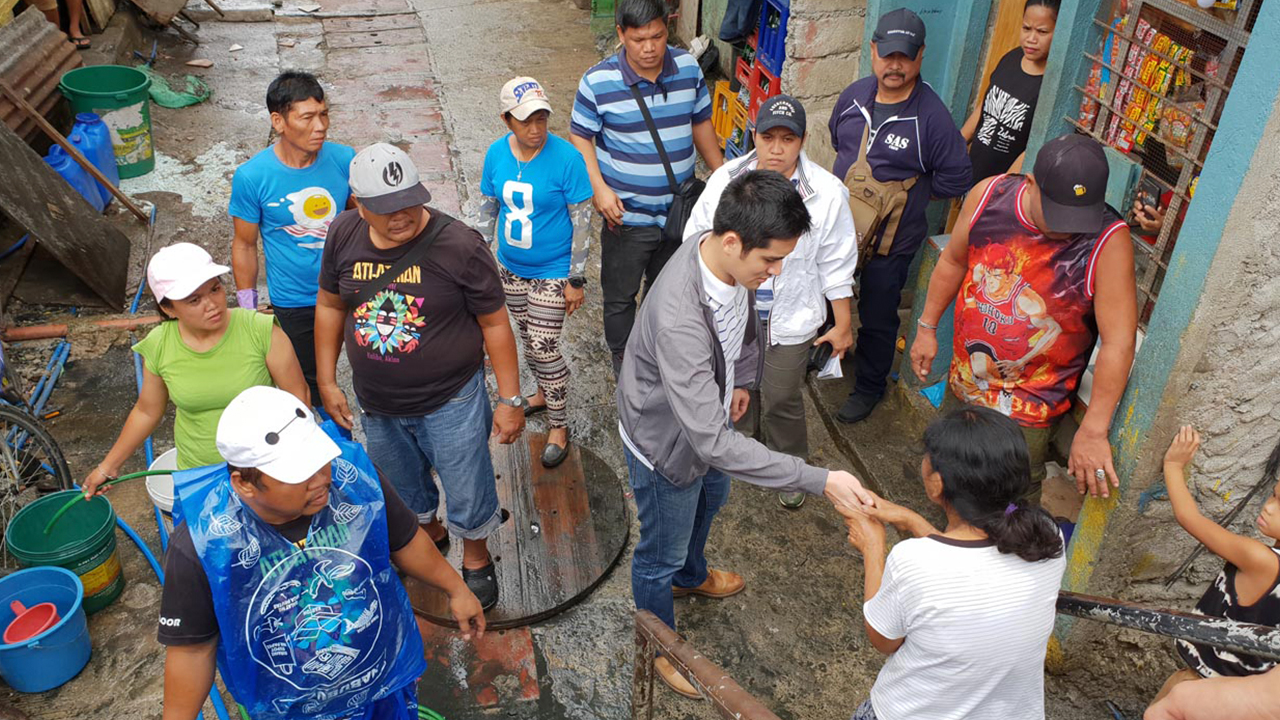 Sotto reiterated his promise, adding, “Makakatulog po kayo nang mahimbing (You can sleep soundly),” assuring them that he would never leave them without a home.

The Mayor walked through the village for a few minutes to inspect the clean-up’s progress, then waved goodbye to everyone and left for his next engagement.

Flooding is a perennial problem of this part of Santolan, said City Councilor Willy Sityar, who was the barangay captain when Tropical Storm Ondoy submerged the riverside neighborhood in September 2009.

Seven hundred families were relocated to Calauan, Laguna, after Ondoy, which explained the villagers’ aversion to the idea, Sityar told Rappler. They did not want to be uprooted.

“Dito na ako naging tao (I grew up here),” said Eduardo Calma, who was a year old when his parents moved from Pampanga and settled by the river in 1960.

Through the years, the river sustained him, his 6 children, 20 grandchildren, and his great-grandson. He planted kangkong (morning glory) and other vegetables on the riverbank. He caught tilapia and catfish. He used to dive for gravel to sell to nearby construction companies.

He said he wouldn’t trade living in his village even if he were paid the full price for every square meter his family occupies.

He did not understand the fuss over firetrucks and ambulances. They didn’t need those, said Calma, and besides, there was already a road on top of the dike.

But he knew his place, Calma said, and the promise of relocation within Pasig City, in case the canal would take up his settlement, was fair enough.

“Hindi naman ho kami tututol doon. Unang-una, pag-aari po ng gobyerno ‘to. At makakaganda naman po sa pangkalahatan ‘yung plano (We won’t oppose that. In the first place, this is the government’s property. And the plan would benefit everyone anyway),” he said. – Rappler.com