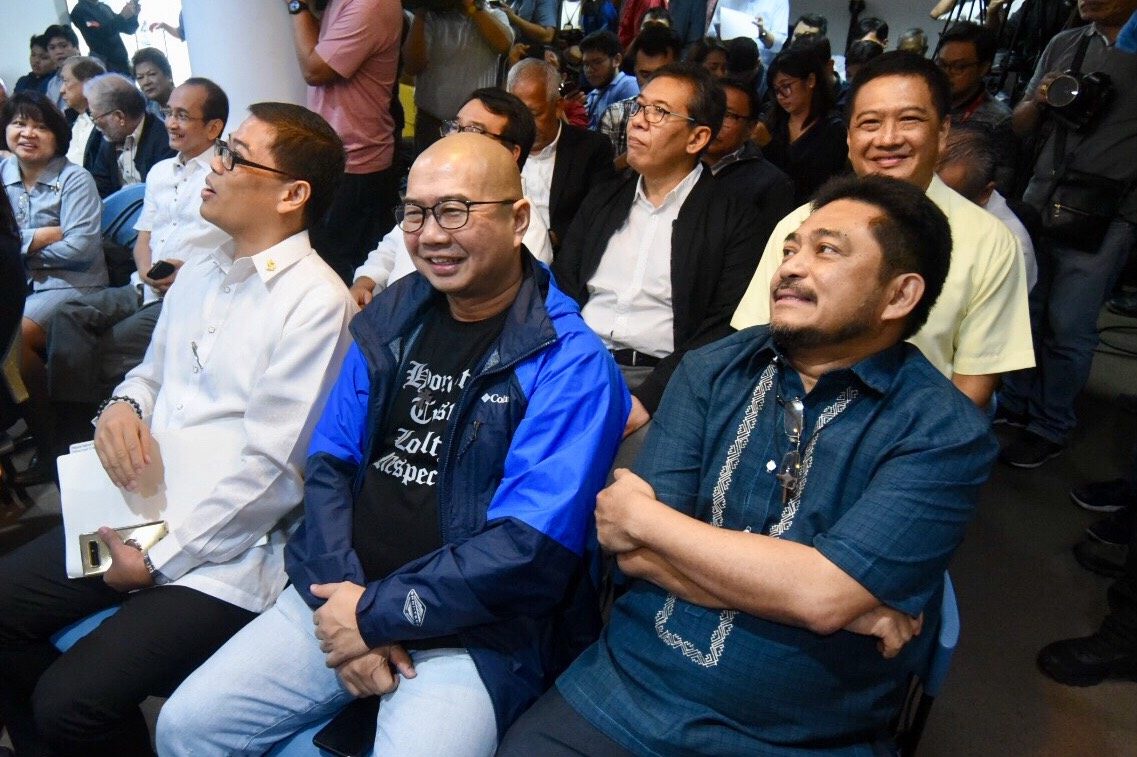 Facebook Twitter Copy URL
Copied
'The Secretary of Justice had no legal basis to take any direct action on the matters subject of the letter-complaint,' says the Free Legal Assistance Group

MANILA, Philippines – The Free Legal Assistance Group (FLAG) has questioned the validity of the Department of Justice (DOJ) panel that is investigating the inciting to sedition complaint against the opposition.

Guevarra created the panel on July 19 through Department Order No. 366, a day after the Philippine National Police Criminal Investigation and Detection Group (CIDG) filed its letter complaint before the DOJ. The complaint accuses key members of the opposition of plotting to oust President Rodrigo Duterte through what is called “Project Sodoma.”

FLAG, led by noted human rights lawyer Arno Sanidad, said in their motion that Republic Act No. 10071 or the Prosecution Service Act granted the power of preliminary investigation to the National Prosecution Service (NPS) and limited the function of the secretary of justice to a “purely supervisory role.”

“Under Section 4, the Secretary is authorized to take direct action on any matter within the jurisdiction of the NPS involving national security of a probable miscarriage of justice,” said FLAG’s motion submitted to the DOJ on Friday, August 9, the first of the hearings into the highly political complaint against key members of the opposition.

FLAG noted that the same law defined national security as cases involving acts of terrorism. “There is neither allegation nor proof in the undated letter of police Lieutenant Colonel Arnold Thomas Ibay (of the CIDG) to Prosecutor General Benedicto Malcontento that the matters endorsed therein include a probable miscarriage of justice, or any crime against national security or act of terrorism,” the motion said.

FLAG added, “The legal authority of this panel is thus in doubt, as is the validity of the proceedings to be conducted by it.”

During the hearing on Friday, Sanidad also led other lawyers for the other respondents in filing a collective motion to make the Office of the Solicitor General (OSG) explain its authority to participate in a criminal investigation.

The DOJ panel gave OSG 5 days to explain in writing.

“The authority of the panel is likewise questioned by some of the respondents, so we will issue a written order with respect with all the issues raised in the respective motions, so if you want to go up, everything is in the record,” said DOJ panel head Senior Assistant State Prosecutor Olivia Torrevilas.

The FLAG motion, as well as other motions including that of Vice President Leni Robredo’s, asked that the CIDG produce more evidence because as of now, its only evidence is the affidavit of main accuser Peter Joemel Advincula alias Bikoy.

“The panel decided to suspend or defer the filing of counter-affidavits pending the resolution on these 15 motions, complainant is hereby given 5 days from receipt to file its comment and opposition,” Torrevilas said.

The CIDG was also given 5 days to produce its additional evidence.

“Only those evidence submitted by the CIDG will be appreciated and will be considered in resolving these cases,” said Torrevilas.