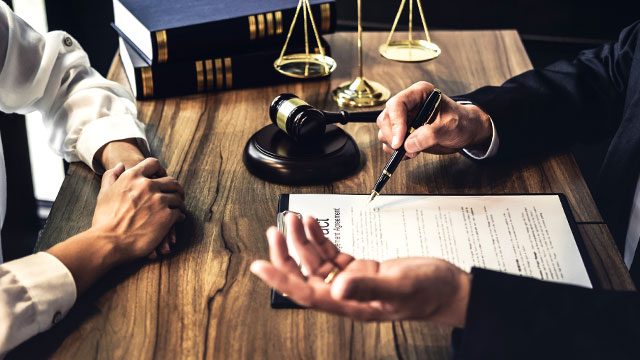 MANILA, Philippines (UPDATED) – The Supreme Court (SC) will tackle in oral arguments on September 3 the rights of illegitimate children when it comes to inheritance.

It roots from a petition filed in 2013 by Amadea Angela Aquino who is claiming inheritance from her deceased grandfather, her father’s father.

The Supreme Court had appointed as amici curiae, or experts on the matter, retired justice Jose Vitug and University of the Philippines (UP) law professor Elizabeth Pangalangan. Pangalangan teaches persons and family relations at the UP College of Law.

The High Court will discuss, among others, Article 992 of the Civil Code, which says that an illegitimate child has no right to inherit from the legitimate relatives of his father or mother.

Petitioner Aquino was born on October 8, 1978, nine months after the death of her father Arturo. Amadea claims that her father Arturo and mother Susan were set to marry but were not able to because of Arturo’s untimely death.

Amadea, therefore, was never declared in a legal document as a legitimate child of Arturo.

Amadea, however, grew up as part of her father’s clan and showed proof of her grandfather Miguel taking care of, and providing for her while she was growing up.

Her uncles, her father’s brothers, excluded her from the settlement of inheritance when the patriarch, Miguel, died.

Amadea is running after her inheritance as a rightful heir of Miguel.

A local court in Davao, where the Aquino clan is from, upheld Amadea’s right to inheritance but those decisions were reversed by the Court of Appeals (CA) in 2013.

Aside from Article 992, Amadea’s petition also largely discussed the issues of filiation as laid down by the Family Code.

The Family Code states that a child is legitimate by proof of the record of birth or by any other authentic document or a final judgment.

If those do not exist, the 2nd paragraph of Article 172 of the Family Code says that filiation can be established by “the open and continuous possession of status of a legitimate child.”

Amadea is claiming continuous possession of a status of a legitimate child by showing her deep ties to her grandfather Miguel and to other members of her father’s clan.

The Office of the Solicitor General (OSG), mandated to represent the CA in the petition before the SC, said that Amadea cannot use Article 172 because the modes in that provision must be done in the lifetime of the parent.

Article 175 of the Family Code says: “When the action is based on the second paragraph of Article 172, in which case the action may be brought during the lifetime of the alleged parent.”

“Petitioner Amadea herself admitted that no action of such sort was filed prior to the death of her alleged father Arturo Aquino. Consequentially, she is now barred from establishing her filiation to Arturo,” said the OSG under Solicitor General Jose Calida.

Amadea responded to the OSG: “It is unreasonable, illogical, and even absurd to require Amadea to produce a public document or private handwritten instrument signed by the parent concerned for a dead man cannot plausibly sign a document to prove the filiation of his child.”

The oral arguments on this novel case will start at 2 pm on September 3 – Rappler.com