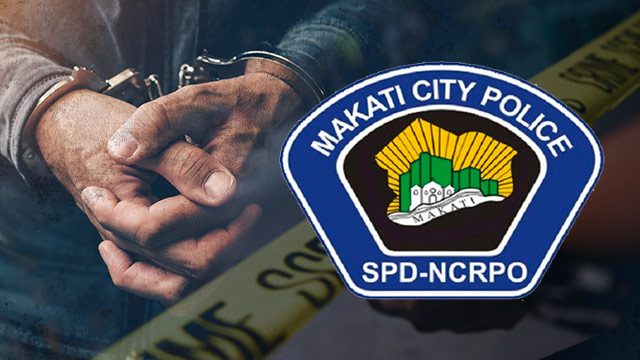 MANILA, Philippines – Makati City police arrested Monday, August 12, an agent of the National Bureau of Investigation (NBI) who tried to convince apprehending policemen to free his uncle who was arrested in a illegal drugs operation.

Batabor introduced himself as an NBI agent and said his uncle was the suspect Manjahe Currie.

(When he arrived at the headquarters, he immediately introduced himself as an NBI agent. He asked us to free his uncle who was among those arrested in the drug raid.)

Batabor cannot deny the way he presented himself in the police office because this was caught on video, Ines said.

“Na-videohan namin ‘yung ginagawa niyang itimidation. Hindi niya puwede itanggi iyong ginawa niya,” Ines said. (We have it on video, the way he intimidated us. He cannot deny what he did.)

Police confiscated from Batador his gun, a caliber .40 pistol with serial no. AAFS026.

Also seized were magazine, 15 pieces of caliber .40 ammunition, one inside holster, an NBI badge, an NBI ID, a permit to possess & carry firearms, a voters ID, a BIR TIN ID, a drivers license, and a Professional Regulatory Commission ID. – Rappler.com