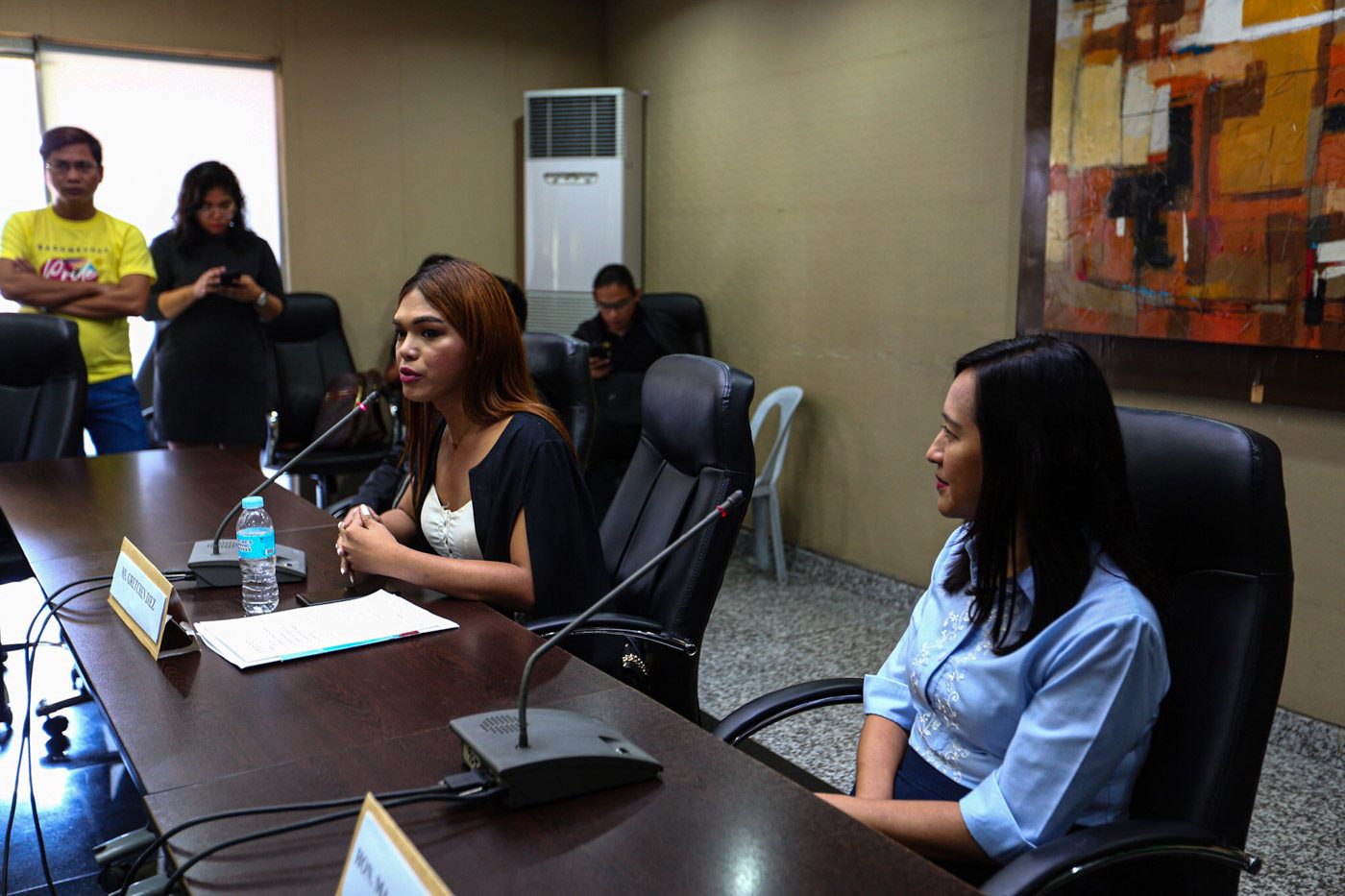 Diez caught the nation’s attention after a janitress kept her from entering a women’s toilet at the Araneta Center Cubao mall. She tried to document the incident, angering the janitress who had her arrested.

While she was being held inside the mall, Diez went live on Facebook, triggering a social media firestorm. Public outcry eventually pushed the janitress to drop the case against Diez.

Diez made the call to Duterte as the SOGIE equality bill, which protects the LGBTQ+ community, languished in the past Congress.

After what happened to Diez, LGBTQ+ rights-advocates in Congress such as Bataan congresswoman Geraldine Roman and Senator Risa Hontiveros saw a “new wind” pushing the movement forward.

Malacañang had stressed the importance of respecting LGBTQ+ rights  in light of the incident, and reiterated Duterte’s support for the community. – Rappler.com