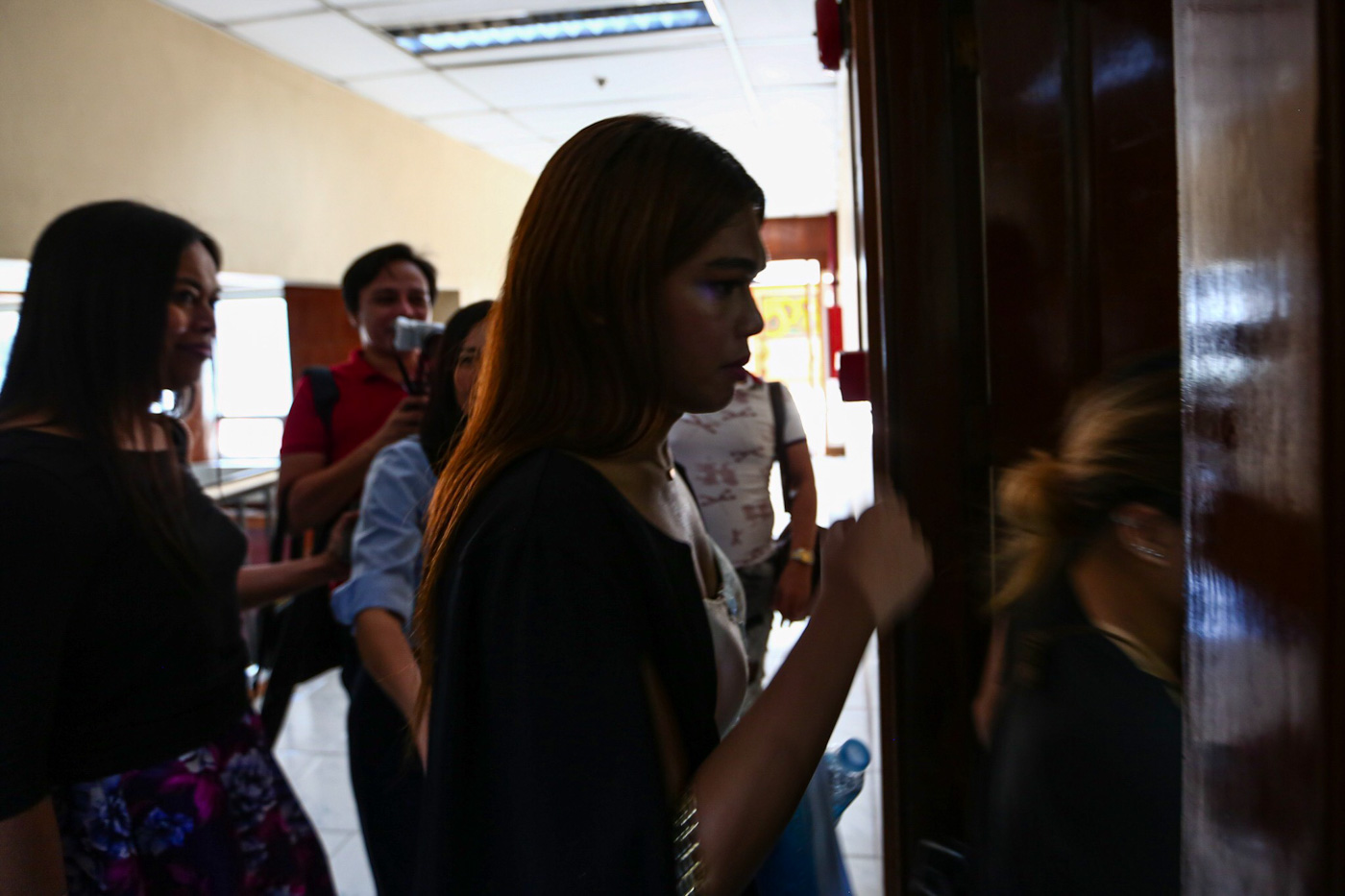 Diez filed the complaint before the Quezon City Pride Council, the main implementing body of the city’s anti-discrimination ordinance.

“I implore the Quezon City Pride Council to conduct a formal investigation…to determine the possible imposition by the City Government of administrative sanctions against Araneta Center Inc,” Diez’s complaint read.

If the council finds merit in the complaint, it would work with the Quezon City Attorney’s Office in crafting a complaint to be filed in court.

Diez also wants to hold accountable Starline Security Agency and the “sanitation services agency” whose personnel were involved in the incident. (WATCH: Rappler Talk: Gretchen Diez on living her truth)

On Tuesday, August 13, janitress Chayra Ganal kept Diez from using the women’s toilet at the Farmers Plaza mall and asked her to use the men’s toilet instead. Diez tried to document the incident, but ended up being held inside the mall and then arrested.

Ganal later dropped the charges against Diez  and apologized to her Diez in the face of criticism over the incident. (READ: Trans woman Gretchen Diez: I didn’t think I’d be treated like a criminal)

Asked during a press conference on Friday whether she would also file a case against Ganal, Diez said she had no plans yet. She said in previous interviews that she felt sympathy for the janitress because she was not informed by the company about the rights of LGBTQ+ (lesbian, gay, bisexual, trans, and queer) persons.

What Araneta et al got wrong: In her complaint, Diez enumerated provisions of Quezon City’s Gender Fair Ordinance that the companies allegedly violated:

In a statement after the discrimination incident, Farmers Plaza apologized to Diez, but distanced itself from the acts of the janitress.

“I believe this is necessary for us to assess and improve the implementation of the Quezon City Pride-Fair Ordinance, a piece of legislation that is one of a kind in this country,” Diez said in her complaint.