UP students to stage walkout in protest of campus militarization 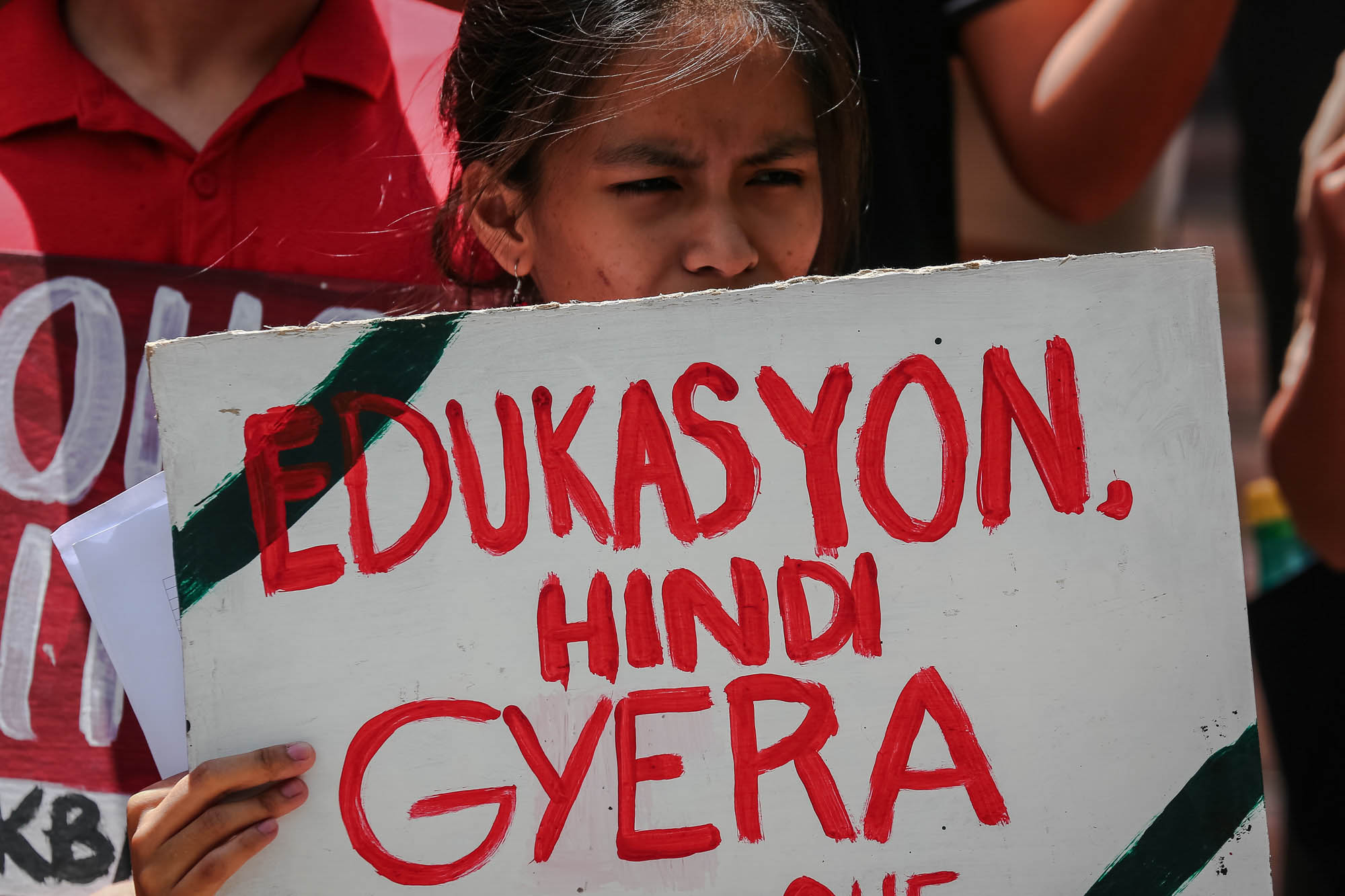 MANILA, Philippines – University of the Philippines (UP) students across the country will stage a walkout Tuesday, August 20, to protest military and police intervention in schools.

In a memorandum released on Wednesday, August 14, the UP Office of the Student Regent (OSR) declared Tuesday as a systemwide “Day of Walkout and Action” to assert “the right to academic freedom, to organize, and to protest.”

“The proposed entry and intervention of the police and military in state universities including UP is expected to result in massive surveillance and monitoring on our students, faculty, and officials, especially those who are vocally critical,” student regent John Isaac Punzalan said in the OSR memorandum.

He also said that campus militarization was “equivalent to martial law” in the university.

“Campus militarization is equivalent to martial law in our university and we shall not let that happen. The existing accord prohibiting these state forces to operate in our campuses is a product of the student movements that have fearlessly fought for the rights of the youth and the people,” he added.

Punzalan was referring to a 1989 agreement that disallows the entry of military and police “except in cases of hot pursuit and similar occasions of emergency.” The agreement also requires military and police to notify the university president, chancellor, or dean prior to any activity in any UP campus or regional unit.

The agreement was made between the university and the Department of National Defense (DND) in June 1989 and signed by then-UP president Jose Abueva and then-defense secretary Fidel Ramos.

The call for a systemwide walkout comes after Senator Ronald “Bato” dela Rosa said he wanted increased police patrols at the Polytechnic University of the Philippines (PUP) to deter communist recruitment in the state university.

Parents at an August 7 hearing of the Senate committee on public order and dangerous drugs, which dela Rosa chairs, shared how their children left them to join militant groups alleged to be fronts of the Communist Party of the Philippines (CPP).

The Philippine National Police-Criminal Investigation and Detection Group (CIDG) said during the hearing that it had filed kidnapping charges against top officials of Anakbayan and several of its members after a 17-year-old student was reported “missing” following her recruitment by the militant youth group. – Rappler.com