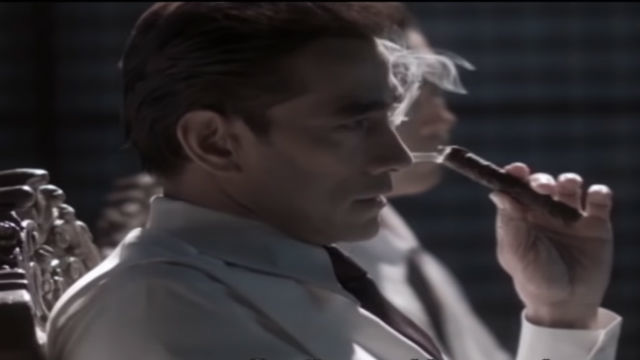 MANILA, Philippines – Foreign Secretary Teodoro Locsin Jr vowed the movie Quezon’s Game would be shown in Israel in light of the continued deportation of Filipino workers and their children from the Middle Eastern country.

Locsin gave the assurance to senators, who suggested the Philippines should remind Israel of former Philippine president Manuel Quezon’s efforts to save over a thousand Jewish refugees fleeing the Nazi regime.

Senators Panfilo Lacson and Franklin Drilon made the suggestion while discussing the situation of Filipino migrant workers in Israel, who are locked in legal battles over their residency, putting them at the risk of deportation.

“Kindly remind them of Manuel L Quezon during the holocaust and maybe they will be more humane in treating our Filipino citizens,” Lacson said on Monday, August 19, during the Department of Foreign Affairs’ briefing with the Senate. August 19 was also coincidentally Quezon’s 141st birth anniversary.

Drilon added, “I think the movie Quezon’s Game…maybe it’s time to make arrangements for that movie to be shown in Tel Aviv, a little effort on part of the embassy there, for little expense.”

Responding to this, Locsin assured senators the movie would be shown in Israel. “Mr Senator, that will be done. It won’t even be considered. It will be done,” the foreign affairs secretary said.

Quezon’s Game depicts the story of how the former Philippine president fought to save up to 1,200 Jewish refugess despite personal and polticial costs.

On Monday afternoon, Locsin said he would ask an Israeli TV station to air the movie so that “old Israelis” whom Filipino caregivers take care of “can see the kind of people Filipinos have always been.”

Locsin warned if the movie were not shown, he would write to American-Jewish societies “to crack the whip.”

{source} <center> <blockquote class=”twitter-tweet”><p lang=”en” dir=”ltr”>Will ask an Israeli TV station to air it so the old Israelis our caregivers take care of can see the kind of people Filipinos have always been. Or else I will write the American-Jewish societies to crack the whip. I have many friends among them. <a href=”https://t.co/VABlTiBjJb”>https://t.co/VABlTiBjJb</a></p>&mdash; Teddy Locsin Jr. (@teddyboylocsin) <a href=”https://twitter.com/teddyboylocsin/status/1163361908428173312?ref_src=twsrc%5Etfw”>August 19, 2019</a></blockquote> <script async src=”https://platform.twitter.com/widgets.js” charset=”utf-8″></script> </center> {/source}

Meanwhile, Locsin shared he also proposed that Quezon be formally recognized for his efforts to save Jewish refugees. (READ: How PH reaps fruits of Quezon’s kindness to Jews)

“Quezon risked even more than his life – he risked his political career. For those of us who come from politics, believe me, that’s worth more than life…. He had no authority to bring in the Jews, but he took them in because it was the decent thing to do. He could have been removed by the United States, but he did it anyway,” he said.

Undersecretary for Migrant Workers Affairs Sarah Arriola assured the public the Philippine embassy in Tel Aviv was working closely with Israeli immigration authorities to ensure deportations were carried out in a “just and humane manner.”

According to non-governmental organization United Children of Israel Association, many of the 28,000 Filipinos in Israel work as caregivers and domestic helpers. Of this, some 600 families – including Filipino workers’ children born in Israel – face deportation over the loss of residency status in the country. (READ: Born in Israel, hundreds of Filipino children risk expulsion) – Rappler.com