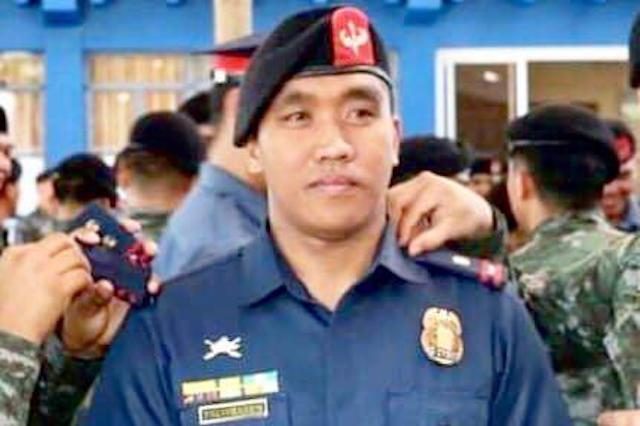 MANILA, Philippines (UPDATED) – A commander of the Philippine National Police (PNP) Special Action Force (SAF) was shot dead by a subordinate inside Camp Bagong Diwa in Taguig City on Monday afternoon, August 19, supposedly in a fit of jealousy.

According to the police report, Major Emerson Palomares, 30, was killed by his subordinate Master Sergeant Sanwright Lobhoy after a “heated confrontation.”

Palomares is the commanding officer of the 125 SAF Force Service Batallion or FSB.

“Initial investigation disclosed that the victim and the suspect had a heated confrontation inside the office of the Commanding Office, which resulted to shooting,” the police report said.

Lobhoy was immediately arrested in Camp Bagong Diwa, where SAF is based.

Palomares was rushed to the Sabili Hospital then transferred to the Parañaque City Doctors Hospital for treatment, but he was pronounced dead at around 5:23 pm.

The motive: In a phone interview with Rappler, Taguig City police chief Colonel Alexander Santos said initial investigation found that the shooting was the culmination of a fit of “jealousy” by Lobhoy.

According to police, this was how the tragic story went: Lobhoy had been missing from home for 4 days already, prompting his live-in partner to call his boss, Palomares, to search for him.

Palomares ordered Lobhoy to appear at his office in Camp Bagong Diwa for a scolding. Instead, Lobhoy apparently shouted back at his officer, their conversation ended with a fatal gunshot.

Lobhoy is currently detained by the Taguig City Police Station, set to face a murder complaint. According to Santos, Lobhoy has not responded to any of their questions after they reminded him of his right to remain silent. – Rappler.com