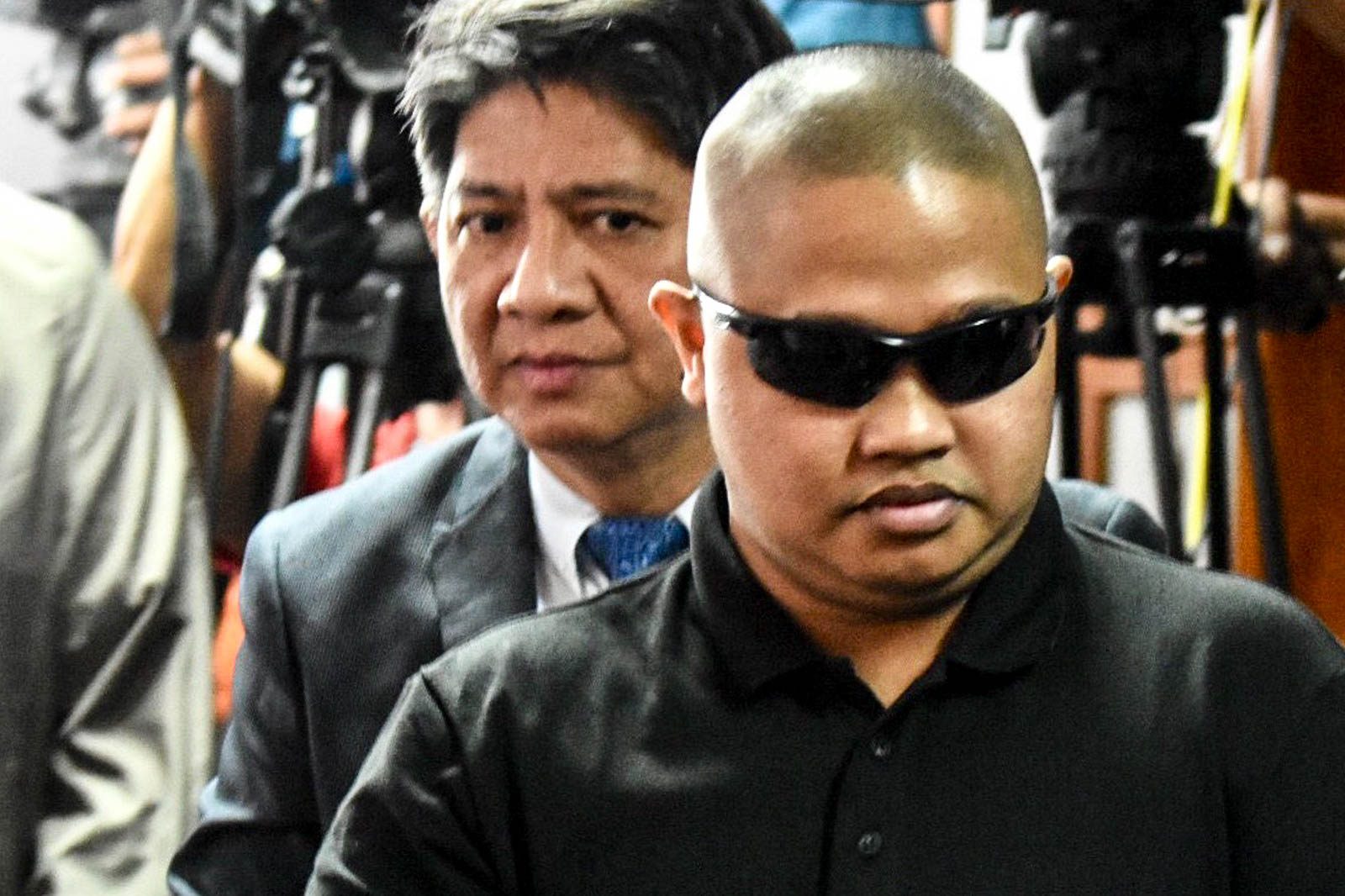 Facebook Twitter Copy URL
Copied
'Could Advincula stage the grand scheme Project Sodoma all by himself?' says the solicitor general

“Thereafter, the ‘Ang Totoong Narco-List’ videos were released online. They were all released using the server of Ateneo de Manila University where Respondent Peter Joemel Advincula was safely housed and hidden,” said Calida in an omnibus comment submitted to the Department of Justice (DOJ) on Tuesday.

Calida’s claims echoed the affidavit of Peter Joemel Advincula alias Bikoy, who is the government’s star witness in the inciting to sedition complaint it filed against Vice President Leni Robredo, key figures of the opposition, noted lawyers and high officials of the Catholic Church.

(I used the main server of SSID Guest 1 which is attache to the Management Information System of ADMU inside Room 2C, ADMU University Dorm, Faculty Housing, ADMU compound being rented then by Father Albert Alejo.)

The CIDG did not initially submit physical evidence, including supposed electronic traces, and relied only on Advincula’s affidavit – which is the final narrative after two sensational flip-flops since 2016.

The CIDG was given until August 23 to submit them. Robredo and other respondents were allowed by the DOJ to submit their counter-affidavits only after they have received the additional evidence.

Advincula claimed that several people, known publicly for their work in the offices of key Liberal Party (LP) members, helped him shoot the videos inside the Jesuit Communications Building or Jescom in Ateneo. He claimed to be in possession of receipts of the said individuals buying the gadgets for the video production.

Former Ateneo president Fr Jose Ramon Villarin had said in an earlier statement that “Ateneo did not convene or organize any of the meetings alleged by Advincula to have taken place on campus.”

We have reached out to the Ateneo’s Public Affairs Office for a reaction on Calida’s new claim.

Here is a timeline that we have culled from affidavits so far:

“Could Advincula, a criminal runaway without a penny to his name and with just a high school diploma, stage the grand scheme Project Sodoma all by himself, and use and manipulate respondents – who are some of the highest officials of the land, the alleged seasoned litigators and practitioners of the legal profession, the clergies of the Catholic Church as his unwitting, unsuspecting, and innocent pawns in his own macabre game of thrones?” Calida said.

The pleading asked the DOJ to junk all questions of legality of the respondents, including the Office of the Solicitor General or OSG’s authority to participate in the preliminary investigation.

The Free Legal Assistance Group (FLAG), representing respondent-lawyers Ted Te, Chel Diokno and Erin Tañada, has moved to disqualify the OSG in the investigation citing the office’s limited function in appeal cases in court only.

The next hearing of the DOJ is on September 6. – Rappler.com