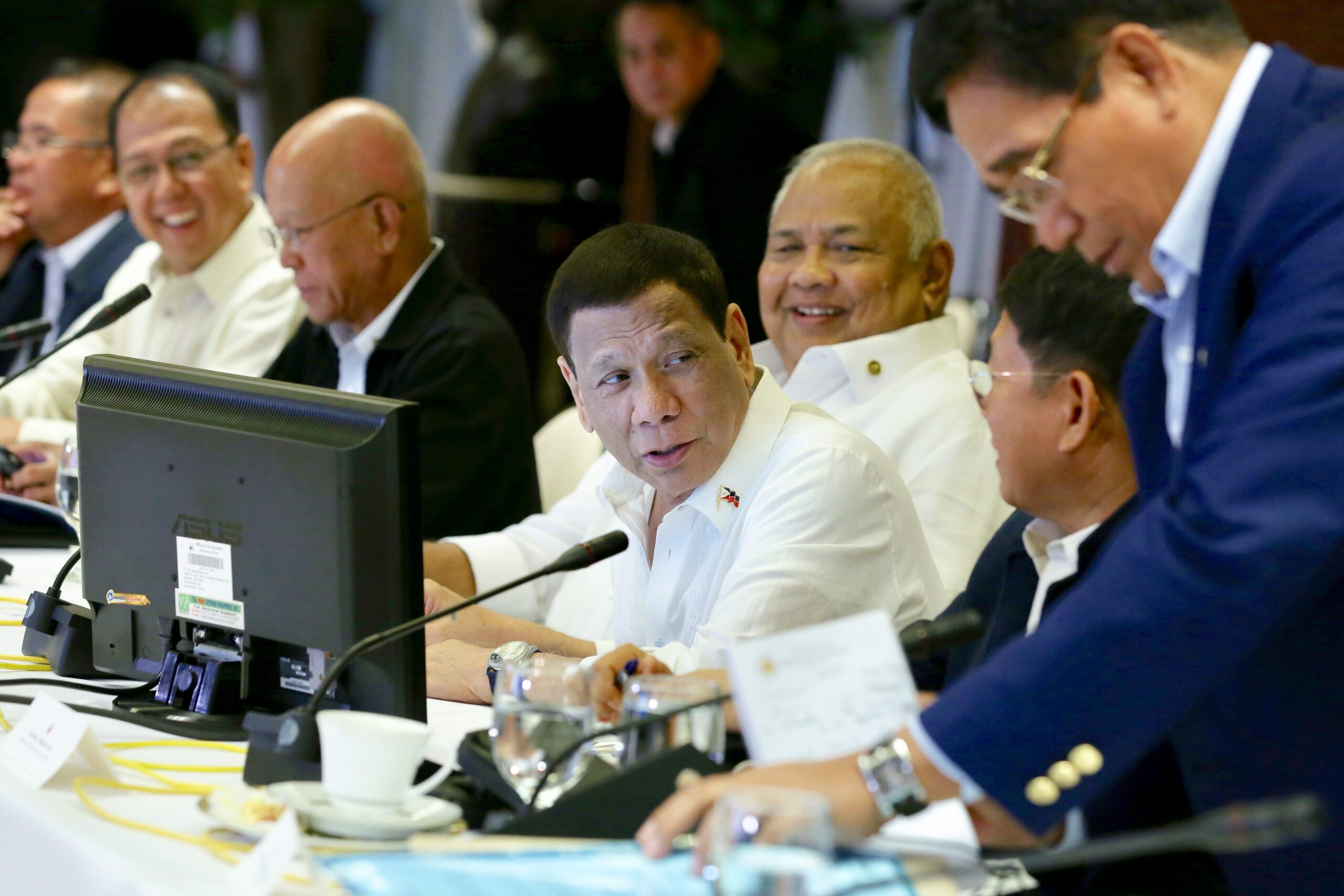 MANILA, Philippines (UPDATED) – If Malacañang gets its way, President Rodrigo Duterte will be entering the second half of his presidency with almost double the confidential and intelligence funds held by his office in previous years.

The National Expenditure Program 2020 on the Department of Budget and Management (DBM) website shows the following funds being requested for the Office of the President (OP):

The total amount requested for 2020, P4.5 billion, is almost double the P2.5 billion total requested in the previous 3 years.

The P1.25 billion had already been heavily questioned by critics and lawmakers because it was a whopping 400% increase from the confidential and intelligence funds requested during the last year of the Benigno Aquino III administration: P250 million each.

The government is seeking an P8.25-billion total budget for the OP for 2020.

Respoding to questions, Presidential Spokesman Salvador Panelo said he did not know the reason for the increase in the confidential and intelligence funds.

“I do not know exactly the reason,” he said.

But based on “common sense,” the spokesman said the OP would need funds to help “secure the nation.”

“The Office of the President, it has to have resources to determine threats against the state. That’s necessary, and you need money for that,” said Panelo.

Asked why the funds could not just be lodged with the Armed Forces of the Philippines or Philippine National Police, which each have intelligence arms, Panelo said, “The Office of the President is one of the better offices that can secure the security of the land.” (READ: Are Duterte’s multi-million-peso intel funds achieving their purpose?)

The 2020 national budget is yet to be finalized. The budget proposed by the executive branch must still undergo deliberations in the House of Representatives and the Senate.

Confidential and intelligence funds are red flags for advocates of government transparency and accountability since the offices that spend them are not required to produce receipts or publicly disclose expenses due to their sensitive nature.

These funds are expected to be used for “intelligence gathering” or the “purchase of information” necessary for public safety and national security, according to former Commission on Audit chief Grace Pulido Tan. (EXPLAINER: Office of the President’s confidential, intel funds)

COA, however, has crafted guidelines on the proper reporting, documentation, and use of these sensitive funds.

When the 2019 budget was being deliberated, the DBM had said the OP confidential and intelligence funds would be used mainly for Duterte’s “war against drugs, criminality, and corruption.”

Palace officials have also listed down offices that get a share of the funds – like the Presidential Situation Room, Presidential Anti-Organized Crime Commission, and National Coast Watch Center.

But the year 2019 saw Duterte claiming he used intelligence sources to come up with an “ouster plot matrix” alleging journalists, lawyers, and opposition figures were trying to overthrow him.

The matrices, studded with errors and inaccuracies, were slammed as attempts to silence dissent and critical media. – Rappler.com