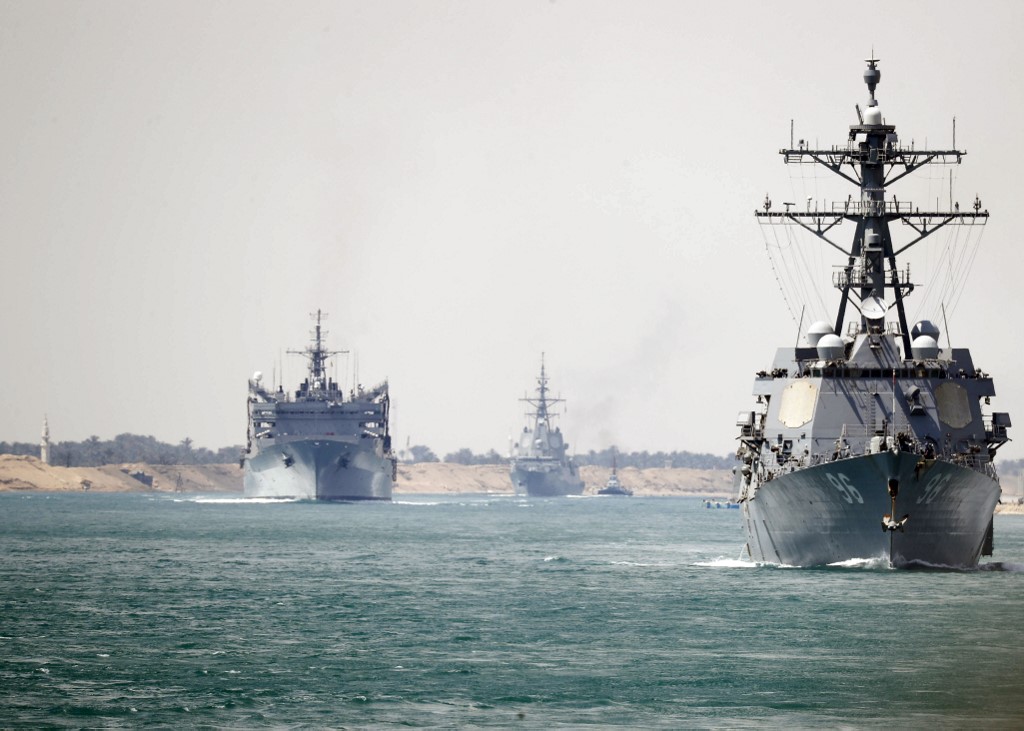 BANGKOK, Thailand – The US and 10 Southeast Asian states will hold their first-ever joint maritime exercises in September, aimed at preventing “wrongdoing” as Washington and Beijing jostle for influence in the region.

Washington has traditionally been the dominant naval power in Southeast Asia and its re-engagement with the area comes as a deteriorating trade war with China threatens to engulf the global economy.

US Secretary of State Mike Pompeo attended a regional summit earlier this month with the 10-country Association of Southeast Asian Nations (ASEAN) in a bid to promote the Trump administration’s so-called “Indo-Pacific” strategy.

Also a source of friction is China’s expansive claims to the South China Sea, as the resource-rich waters contain some of the world’s most vital commercial shipping lanes.

Despite having conflicting interests with four rival claimants in ASEAN, China last year held a joint maritime drill with the regional bloc.

The navies of the US and ASEAN will do the same on September 2, the US embassy in Bangkok announced late Friday, August 23, with the exercises launching at a Thai naval base in Chonburi province east of Bangkok.

The purpose of the 5-day maritime drill is to “maintain maritime security, focus on prevention and pre-empt wrongdoing in the sea,” said a US embassy statement.

The drills will primarily take place off the coast of Vietnam’s southernmost Ca Mau province, where the US Navy will dispatch “suspicious boats” in a mock exercise to help ASEAN’s navies to “search, verify, and legally prosecute” the boats.

Tensions between China and Vietnam have been high since July in the disputed sea when a Chinese survey ship entered waters where Hanoi has several oil and gas projects.

The ship left for a brief period this month, and then came back – prompting calls from Hanoi to vacate the area.

But a Thai defense ministry spokesman on Saturday, August 24, played down the timing of the US-ASEAN drills.

On Friday, a US military ship sailed through the Taiwan Strait to conduct a “freedom of navigation” voyage, the island’s defense ministry said.

The move is likely to further irk China in the wake of Washington’s latest $8 billion arms sales to self-ruling Taiwan, which Beijing views as part of its territory. – Rappler.com