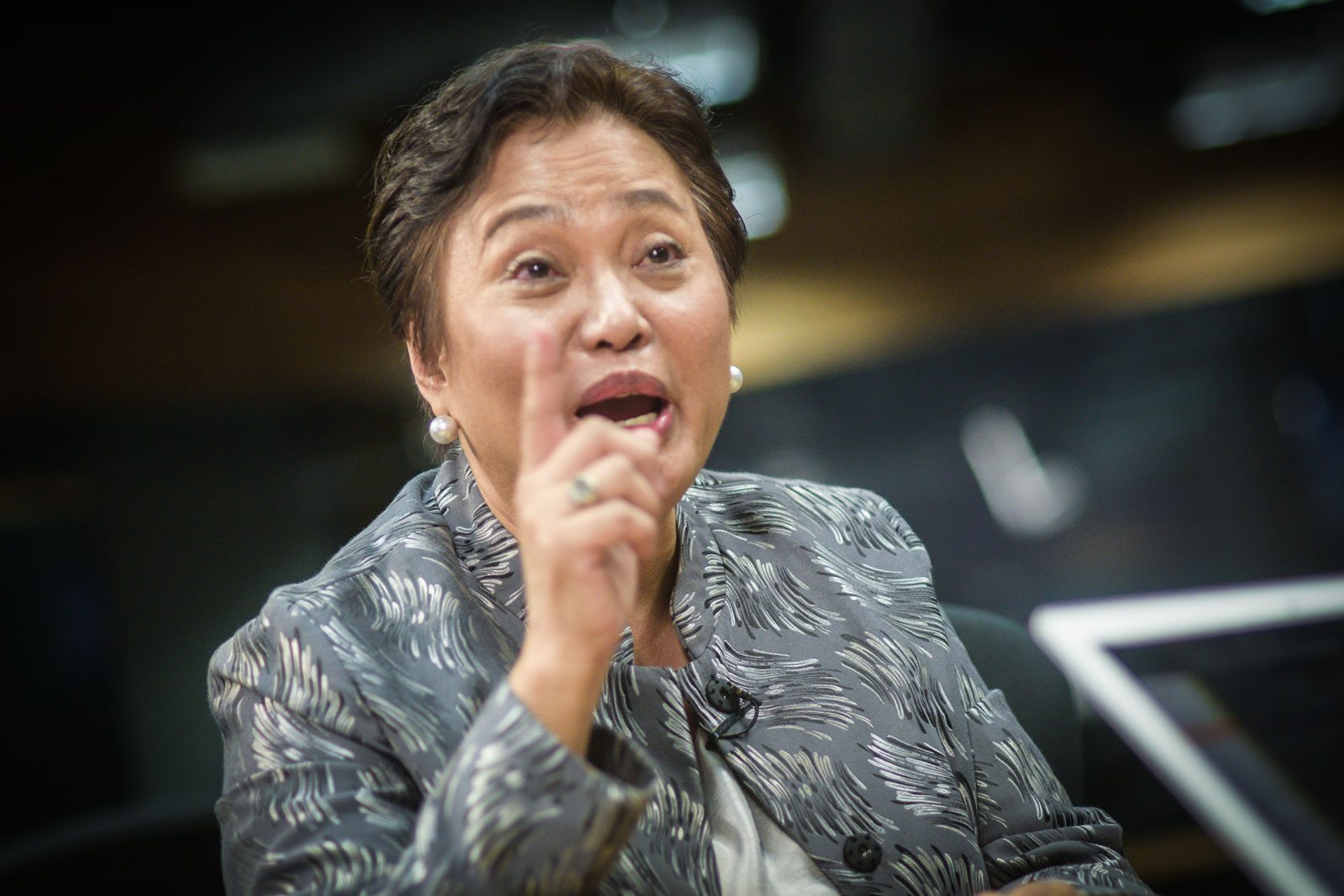 Facebook Twitter Copy URL
Copied
'You can file libel within 365 days so I'll file libel on the 364th day so that it will give him suspense,' says Commission on Elections Commissioner Rowena Guanzon

MANILA, Philippines – Fighting back against corruption allegations, Commission on Elections (Comelec) Commissioner Rowena Guanzon vowed to file a libel case against Duterte Youth Chairman Ronald Cardema who had accused her of extorting money from him for political favors.

“This is a free country. You can speak all you like but if you libel me I will sue you and I have more money than you! I have more lawyers than you and you will go bankrupt Cardema cause I’m going to sue you until you’re very old…. Hala ka (Be warned)! You should be afraid,” Guanzon said in a Rappler Talk interview.

Since the Comelec 1st Division cancelled his nomination, Cardema has made corruption and extortion allegations against Guanzon, who had voted against his party list nomination. (READ: Guanzon on speaking out vs Cardema: ‘It’s my duty to defend Comelec’)

Cardema had earlier presented mobile phone screen grabs which he claimed was an exchange of messages between him and a purported member of Congress whom he claimed was an “emissary” of Guanzon. Without offering any proof, Cardema also claimed he was made to pay P2 million to the commissioner.

Guanzon denied the claims, saying Cardema had lodged them against her to distract the public from the fact that he was not qualified to sit as youth representative in Congress. (READ: Stretching the rules: Duterte Youth’s bid for Congress)

An independent voice in the poll body, Guanzon has been consistent in her position against Cardema’s Congress bid. She was the lone dissenter in the en banc’s decision to give due course to Cardema’s substitution bid and later voted to cancel his nomination. (READ: Comelec’s fiery commissioner: Who is Rowena Guanzon)

Irked by Cardema’s claims against her, Guanzon also said she would file the case against him in her hometown of Negros Occidental. The commissioner likewise slammed Cardema for threatening her family.

“[I will file it] Later next year. You can file libel within 365 days so I’ll file libel on the 364th day so that it will give him suspense,” Guanzon said, adding that she would also file a separate damage suit against Cardema.

As the Comelec en banc decides on Cardema’s appeal to reconsider the cancellation of his nomination, the embattled Duterte Youth chief threatened to file an impeachment case against Guanzon. He didn’t cite the grounds nor offered proof of any impeachable offense committed by the commissioner.

Guanzon challenged Cardema to Go ahead and just file it,” saying there was no way she would inhibit from deciding on his case.

Meanwhile, Duterte Youth’s seat in the House of Representatives remains vacant as cases against the party’s nominees remained pending with the Comelec.

Guanzon earlier called for an investigation to probe Cardema’s “misrepresentation” when he filed for candidacy, which would amount to an election offense with criminal liability. – Rappler.com