Aug 25, 2019 8:00 AM PHT
Editha Caduaya
Facebook Twitter Copy URL
Copied
'I would like to thank each and every Marawi citizen and everyone who believes in Marawi...for being strong and resilient, for their courage and determination that someday, life will get better,' says Marawi Mayor Majul Gandamra 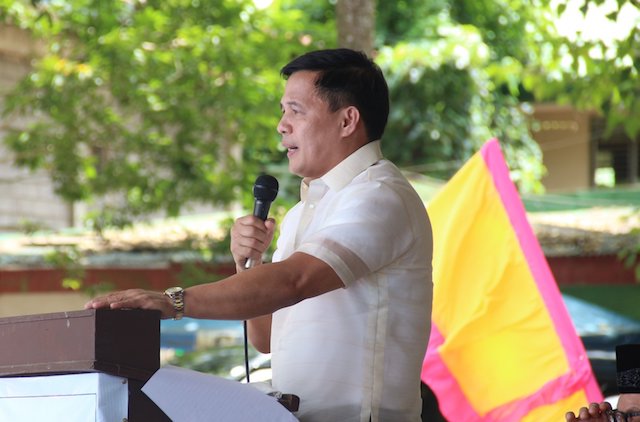 MARAWI CITY, Philippines – More than two years after Marawi City was reduced to rubble, there are signs that the city has begun recovering from the scars inflicted by the May 2017 siege, according to its chief.

Speaking at the 79th charter day anniversary of Marawi on Monday, August 19, Mayor Majul Gandamra noted that economic activity in the city is coming back as more sectors were being cleared by the military.

“This is a testament that we are slowly recovering from the scars of a fierce battle,” Gandamra said.

An emotional Gandamra gave special thanks to the citizens of Marawi for their sacrifices. It was the first time that the city celebrated its charter day anniversary after the siege on May 23, 2017.

“I would like to thank each and every Marawi citizen and everyone who believes in Marawi…for caring, for striving, for doing what is good for the city. For being strong and resilient, for their courage and determination that someday, life will get better.  For coming back, for showing what Marawi means to you and your families,” the mayor said.

He called them the “real source of strength and hope of Marawi.”

Gandamra said that the ongoing rehabilitation projects inside and outside the most affected area (MAA) or ground zero were proof that the city “will rise again.”

“Twenty-four months to move in from the rubble is not enough. Losing loved ones…and shattered dreams cannot be undone in two years. What is paramount is the love to live a new life with a hope of a strengthened community which is based on everyone’s support and cooperation,” Gandamra said.

The mayor said the ongoing recovery of unexploded ordnance (UXO) and the demolition of properties have contributed to the delay of the rehabilitation, but safety and security were paramount in the clearing operations.

A report made by Project Rise dated August 8, showed that a total of 330 explosive remnants of war (ERW) were recovered and had been neutralized and disposed.

Project Rise is a government body tasked in the rehabilitation of Marawi City. 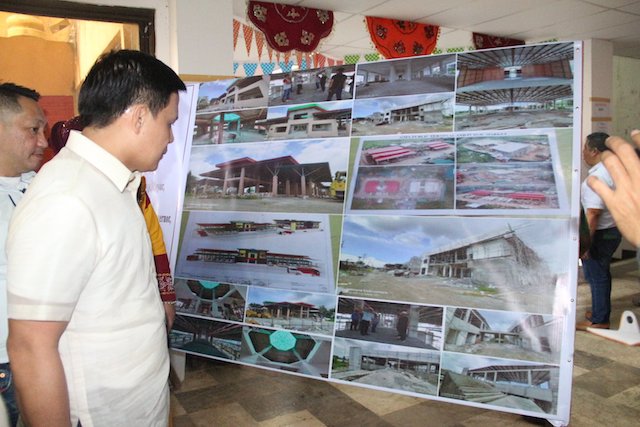 While rehabilitation was ongoing, projects which used to be just dreams were starting to take form like the flood control project right before the Mapandi bridge at the center of Marawi, and the diversion from Saquiran town to the Poblacion of Marawi City, the mayor said.

The diversion road earned the “dream road” monicker because no one believed that the road promised by the late Lanao del Sur govenor Mamintal Alonto Adiong Sr would one day be realized.

The once sleepy Saguiran town has gained economic activity as the temporary shelter of the displaced families was located in Sagonsongan village, at the boundary of Marawi and Saguiran town.

The mayor said the refusal of some property owners to allow the demolition of their properties also contributed to delay in the rehabilitation. Gandamra said residents were allowed to visit their properties to assess, with the help of government agencies, whether these could be be repaired or had to be demolished.

As of August 7, Project Rise reported that a total of 2,804 property owners had issued their consent for demolition.

So far, the government has demolished a total of 1,875 structures, 1,720 of which were already cleared of debris.

Project Rise recorded a total of 5,403 actual structures in the 9 affected sectors in the city.  It also reported a 52.4% accomplishment as of July 31,  based on the timeline of the Marawi rehabilitation.

As scheduled, the dates of reentry are the following:

Eric Ybañez, the Marawi rehab project engineer from the National Housing Authority (NHA), said they were working as scheduled. “We are doing as planned and with caution because we cannot compromise the security of the people,” he said.

Gandamra said these developments would never happen without the help of government, adding that “President Duterte made true his promise to rebuild Marawi.”

Hasmina Dipatuan, an official of Mindanao State University, noted that more people were coming to Marawi.

For Concepcion Semante, 62,  who once enjoyed the booming business inside the Marawi Commercial Complex, the Marawi siege was a lesson learned.

“We lost our business, but we will rise again,” said Samante, adding her family had already planned what they would do with their properties.

Gandamra said that NHA General Manager Marcelino Escalada was often in Marawi to make sure that everything was properly coordinated and done according to plan.

In early August, the NHA and Marawi officials led the groundbreaking for the construction of the 2,000 permanent shelters set for completion in March 2020. 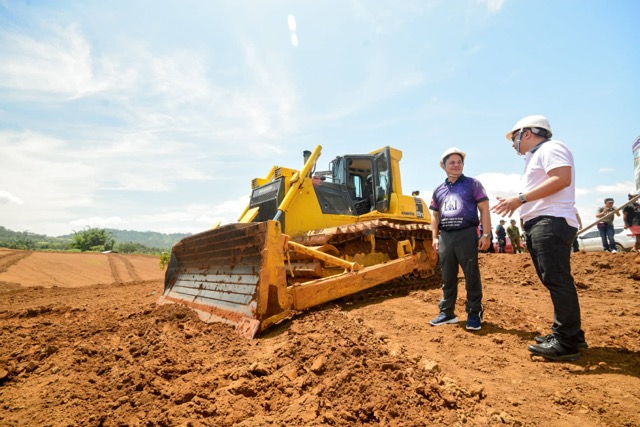 The housing units will be built on a 39-hectare lot. The land was purchased by the NHA which will also undertake the land development, while the construction will be funded by San Miguel Foundation.

Escalada, who is also Housing and Urban Development Coordinating Council Secretary, said that the rehabilitation timeline remained on target.

He said funds were only released in 2018 for the  National Disaster Risk Reduction and Management Council (NDRRMC) to finance the rehabilitation and restoration of Marawi.

The  process of rehabilitation of Marawi City “must be structurally sound and culturally sensitive,” Escalada aded.

Establishing a new Marawi is a big challenge not only for the government but also for the Meranaws, as a new edifice would rise from the ruins of a war that killed many.

“We have the blueprint, the new one, this is drawn from the consultations and discussions with Marawi residents and stakeholders; it is crafted from the culture of Meranaws and we agreed on it,” Escalada said. – Rappler.com