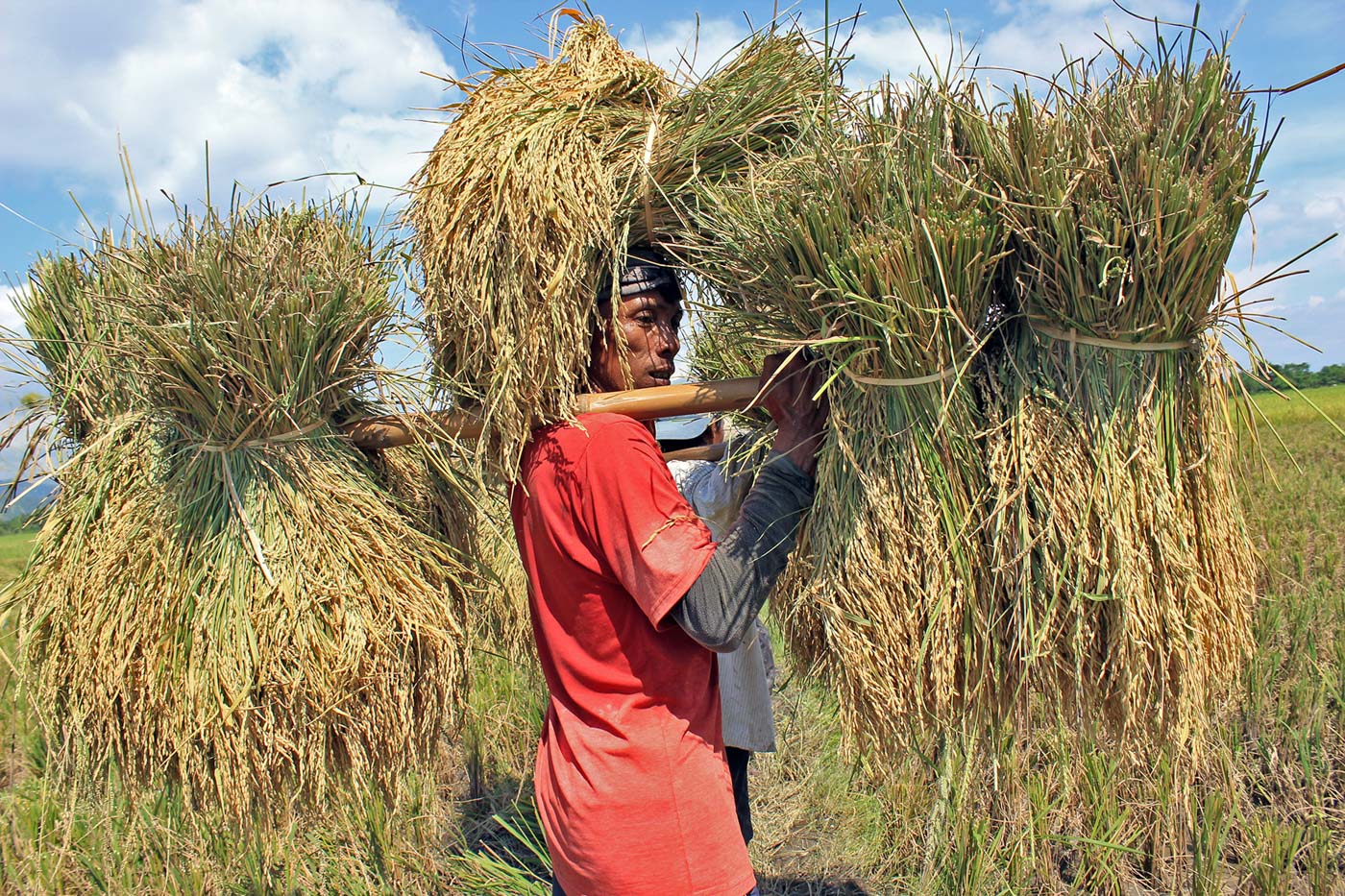 MANILA, Philippines – The National Food Authority admitted on Wednesday, August 28, that some 4.5 million bags of imported rice are left unsold by the agency, as senators urged the agency to buy more palay (unhusked rice) from locals.

At the Senate hearing into the impact of the Rice Tariffication Law, Senator Imee Marcos pressed the NFA why it was not selling the palay bought from Filipino farmers, despite acquiring 290,642 metric tons.

The implementing rules and regulations (IRR) of the rice trade liberalization law allows NFA to maintain a “rolling” buffer stock. This means the agency can stockpile an “optimal level” of 15 to 30 days’ worth of consumption. Any rice they purchase beyond the optimal can be sold to retailers or local governments.

The “first-in, first out” policy is being followed, and the P27-per-kilo price is retained until further notice. The NFA Council has yet to convene and discuss the new pricing scheme, with Secretary William Dar as the new Department of Agriculture chief.

NFA Administrator Judy Dansal first said that they were still about to mill the palay. Dansal said the agency had to bid the project to millers.

However, it turns out, after grilling by Marcos, Dansal admitted that the NFA still had 4.5 million bags or the equivalent to around 225 million kilos of imported rice in the agency’s warehouse.

(The reason why you don’t buy is because you have sacks of imported rice. That’s why you are pushing for it to be sold. That’s why you’re not selling the local rice immediately.)

Marcos said that if the agency was able to sell all the imported rice in stock at P27 per kilo, the NFA stood to earn at least P6.75 billion.

“Ibig sabihin, ang dami ‘nyo nang pera kung ibebenta niyo ng paspasan,” Marcos said. (That means you have a lot of money if you sell it right away.)

In response, Dansal said: “What we really are trying to do is the sale of our imported rice para maging pera. Ang aming procurement, talagang nakabili kami ng malaking volume sa farmers.”

(What we are really trying to do is to sell our imported rice so that it becomes money. Our procurement really was able to buy a big volume from the farmers.)

At the hearing, Dansal said that they did not have the funds to buy palay for the upcoming harvest season from September to October, as they have used up the P7-billion allocation for buffer stocking in 2019.

Dansal said that the purchased 290,642 metric tons of rice from local farmers was not yet completely paid. She said that NFA was only able to pay P3.5 billion, as they used the remaining funds to pay its outstanding debts.

As rice farmgate price is expected to crash in the harvest season with supply flooding markets, Senator Risa Hontiveros said the NFA should act while waiting for the slow implementation of the P1-billion credit facility for farmers, or the rice competitiveness enhancement fund (RCEF).

(I am urging the NFA to buy palay from our local farmers in the upcoming harvest season in a price that will not incur losses for them, while waiting for the programs of the RCEF that will give our farmers enough financial aid.)

Hontiveros appealed to the Department of Agriculture to allow NFA to borrow money from the Land Bank of the Philippines so that the agency would be able to buy from local farmers.

The DA said they can do get the loan within 4 days so that come September, the NFA can buy palay from locals.

Critics said the law goes against the administration’s early promise to be fully rice self-sufficient.

This was the route taken after the NFA had experienced a drop in buffer stocks, leading to a rice crisis. – Rappler.com