In counter-affidavit, Robredo denies being in Ateneo meeting vs Duterte

Aug 29, 2019 7:17 PM PHT
Lian Buan
Facebook Twitter Copy URL
Copied
The Vice President also provides the Department of Justice photos and other documentation of her official events in Bulacan on March 4 – the date Peter Joemel Advincula claimed she was in Ateneo for an 'oust Duterte' meeting 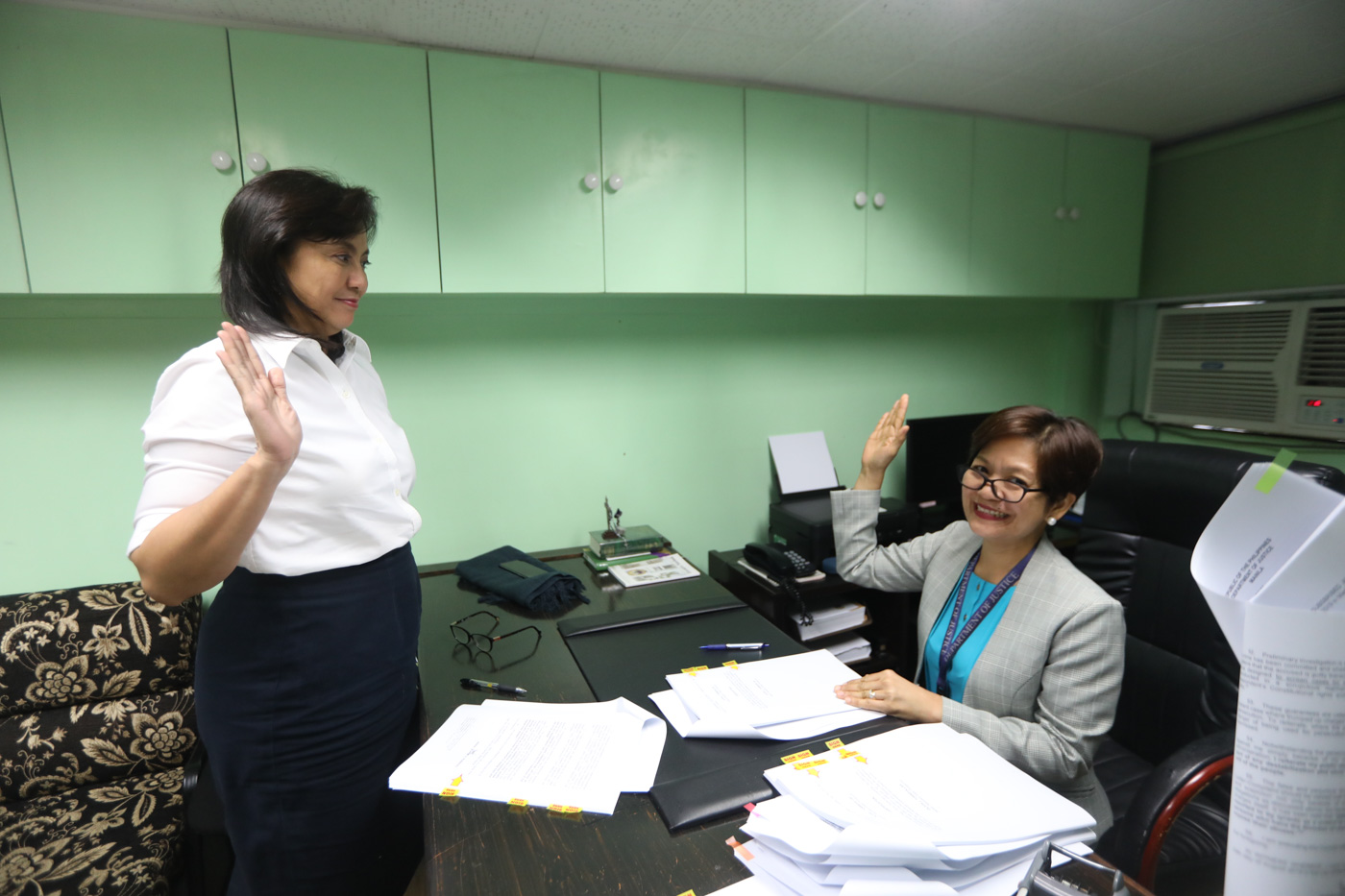 MANILA, Philippines – Countering the allegation in the inciting to sedition complaint filed against her,  Vice President Leni Robredo denied being inside the Ateneo campus on March 4 this year for a supposed meeting on the ouster of President Rodrigo Duterte.

Vice President Leni Robredo on Thursday, August 29, filed her counter-affidavit to the inciting to sedition complaint of the Criminal Investigation and Detection Group (CIDG), which is anchored on the claims of whistleblower Peter Joemel Advincula alias Bikoy that Robredo and others were in Ateneo on March 4 to meet on “Project Sodoma” – an alleged plot to unseat Duterte.

Along with her counter-affidavit, Robredo provided the Department of Justice (DOJ) photos and other documentation to prove that she was in Bustos and Bocaue in Bulacan on March 4 for official events. The events were attended by residents and covered by media.

Advincula had alleged that a meeting on Duterte’s ouster was held among Otso Diretso senatorial candidates at the Leong Hall in Ateneo on March 4, and that the meeting supposedly started at 4pm.

According to Robredo, she left Bustos at 5:20 pm and arrived in Manila at around 6 pm, then went straight home.

“Simply, I was not at the Leong Hall of Ateneo de Manila University (ADMU) on March 4, 2019, which again, is impossible for me to have been physically present there at the time mentioned by Mr Advincula,” Robredo said.

This, she said, would prove that Advincula’s allegation is an “outright lie.”

The DOJ had given the CIDG a deadline to submit all additional evidence by August 23, but according to Robredo, the police only submitted Advincula’s affidavit and a USB containing the viral Ang Totoong Narcolist videos, where Advincula, posing as Bikoy, alleged links of Duterte family members to the drug trade.

“Notwithstanding the wild and reckless claims of complainant, the letter-complaint and the sworn statement do not sufficiently allege, much less prove, any act on my part which would constitute any element of any crime charged. Worse, false and perjurious allegations were even resorted to in a vain attempt to lend some credence to the baseless accusations against me,” Robredo said in her counter-affidavit.

She added that the “false and perjurious” sworn statement of Advincula and the CIDG’s letter-complaint “should be viewed with the highest degree of caution and suspicion not only because of the unreliable nature of the allegations as discussed above, but because of the very nature of the charges itself.”  (READ: Bikoy vs Bikoy: The biggest flip-flops of the government’s star witness)

The Vice President added, “It has been held that ‘[s]edition is the crime usually resorted to by tyrants as a pretext to silence or suppress those persons who have the firmness of character to oppose them and expose their abuses.'”

In a motion sent to the DOJ on August 19, Solicitor General Jose Calida said that the CIDG was not required to produce all of its evidence at the preliminary investigation level.

“The established rule is that a preliminary investigation is not the occasion for the full and exhaustive display of the parties’ evidence; it is for presentation of such evidence only as may engender a well-grounded belief that an offense has been committed and that the accused is probably guilty thereof,” Calida said.

Advincula did not accuse Robredo of other specific acts aside from supposedly being in Ateneo on March 4. A number of Otso Diretso candidates were in Leong Hall in Ateneo on that date to participate in Rappler’s senatorial forum.

Two other respondents, Lingayen-Dagupan Archbishop Socrates Villegas and Caloocan Bishop Pablo Virgilio David, admitted to meeting Advincula but not on the same dates and circumstances as the latter had claimed.

Lawyers of the Free Legal Assistance Group (FLAG), also respondents, are moving to disqualify the Office of the Solicitor General (OSG) in the preliminary investigation for lack of authority. (READ: Meet the lawyers fighting Bikoy’s sedition complaint)