MANILA, Philippines (UPDATED) – On the first full day of President Rodrigo Duterte’s August visit to China, not only did he sit down with its president Xi Jinping but he also got to meet its most famous actor – Jackie Chan.

The meeting with the Hong Kong action star took place on Thursday, August 29, in Beijing.

Chan gifted Duterte with a jacket and book, said Go. The actor also invited the President to help with his charity initiatives and attend some events in the Southeast Asian region. Chan is seen doing Duterte’s signature clenched fist gesture, with the President and Go. They also posed with stuffed toy pandas. The Hollywood celebrity is also seen showing Duterte something in a laptop. 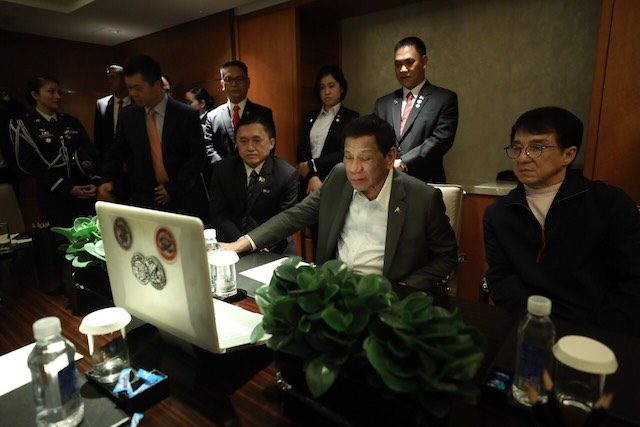