Aug 30, 2019 10:50 AM PHT
Lian Buan
Facebook Twitter Copy URL
Copied
The PNP-CIDG files a kidnapping complaint against the former opposition senator, a priest, a nun, and a lawyer based on the claim of a witness that they barred her from leaving a convent in 2016 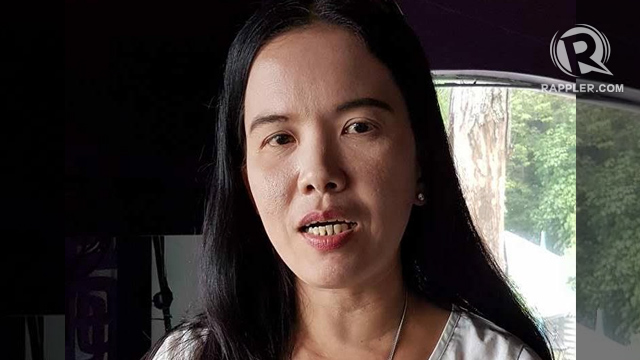 MANILA, Philippines – The Philippine National Police Criminal Investigation and Detection Group (CIDG) has revived a witness testimony from 2017 to file a kidnapping complaint against former opposition senator Antonio Trillanes IV and 3 others, including a priest and a nun.

Arcillas was the same witness against Trillanes who claimed in 2017 that she was coached and bribed to testify that President Rodrigo Duterte was involved in the drug trade.

Trillanes had denied the accusation, saying it was Arcillas who had volunteered the information against Duterte to Sabio way back in 2016. Trillanes admitted that his staff met with Arcilla for vetting but that they decided she was not credible.

In a fresh new affidavit to the CIDG, Arcillas reiterated her accusation against the group, and detailed how she was supposedly kept in a convent in Metro Manila in December 2016 and barred from going out until she signed what she said was a “ready made” affidavit.

“It is clear from the foregoing that herein respondents feloniously, maliciously and intentionally put the complainant under detention for 14 days in order to force her to do something against her will,” the CIDG said in its letter-complaint.

Trillanes and Alejo are both respondents in the inciting to sedition complaint also filed by the CIDG over the Ang Totoong Narcolist or Bikoy videos.

In a statement sent to reporters on Friday, August 30, Trillanes called the complaint a clear “harrassment case and persecution” of Duterte against administration critics.

(Would you believe that a priest and a nun helped me kidnap her and that we detained her in a convent? Aside from that, she was supposedly kidnapped in 2016 but she’s only filing a case now.)

Sabio said he decided to drop Arcillas as a witness over arguments of money, which Sabio admitted was going to be given to the witness to be able to protect her and her family.

Sabio filed the first communication against Duterte for crimes against humanity before the International Criminal Court (ICC). The accusations are undergoing preliminary examination at the ICC.

Trillanes said on Friday that money seemed to be the only motivation for Arcillas.

(My information is that she volunteered to testify against Duterte but her story has so many loopholes and she was reportedly asking for money in exchange of her testimony so she wasn’t admitted as a witness. Then when she wasn’t given the money, she flip-flopped.)

The kidnapping complaint is the latest in a string of charges against Trillanes, a fierce critic of Duterte.

In September 2018, he was arrested over rebellion charges which were revived after Duterte ordered the revocation of the amnesty granted to the senator in connection to the 2003 Oakwood mutiny and the 2007 Manila Peninsula siege. He was released on bail. (READ: INSIDE STORY: How Duterte handled Trillanes fiasco from Israel, Jordan)