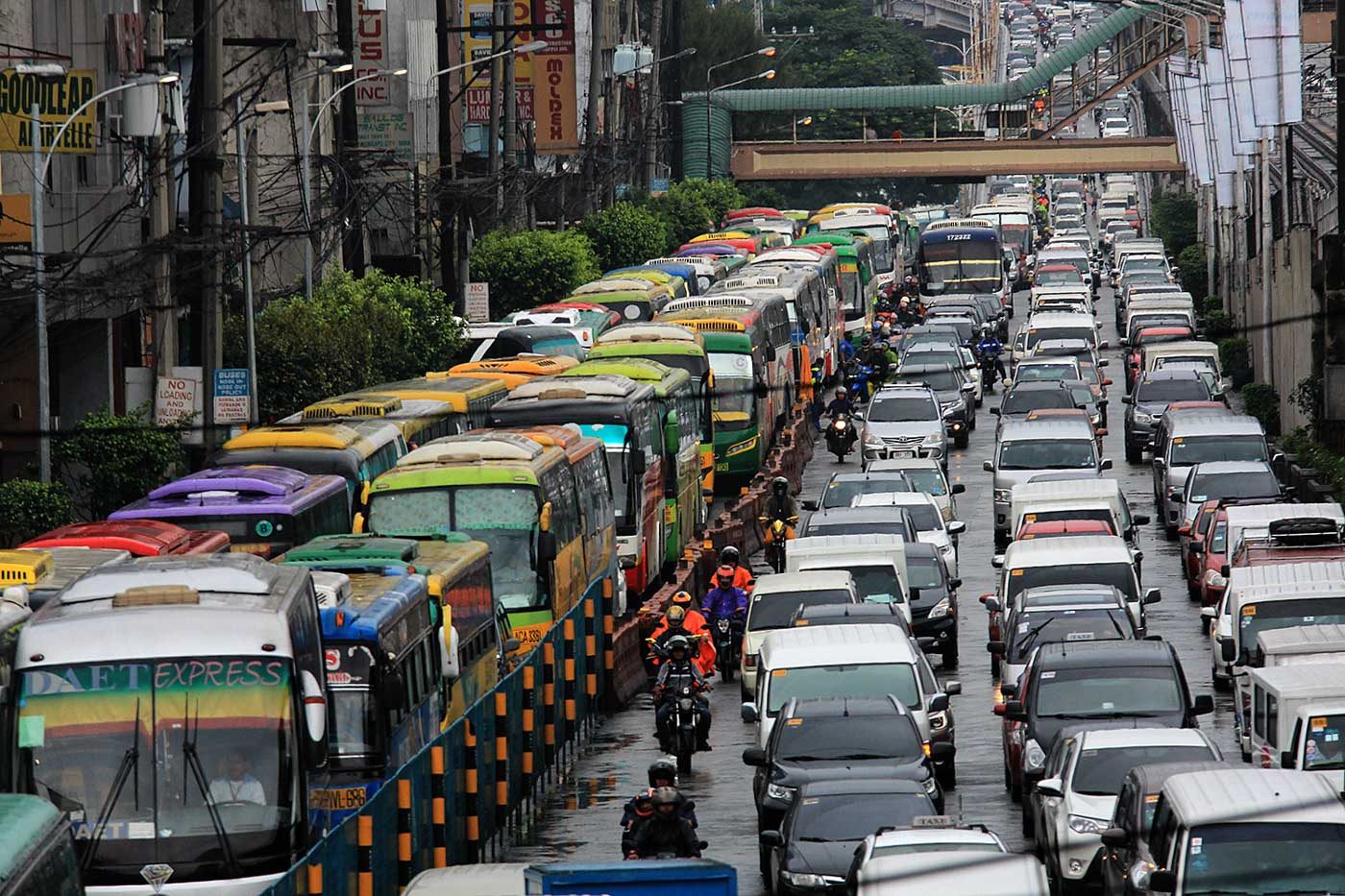 MANILA, Philippines – Critics slammed the proposed one-way EDSA traffic scheme for being “ridiculous and not well thought of,” pointing out its potential negative impact on commuters.

An engineering group proposed on Wednesday, August 28, to make EDSA one-way paired with C-5. Vehicles going southbound will travel through EDSA and those going northbound will take C-5. The traffic scheme will be coupled with a bus rapid transit system.

Guevara & Partners Incorporated said making EDSA one-way would increase the average vehicular speed along EDSA from less than 20 kph to up to 42 kph.

The Metropolitan Manila Development Authority, whose spokesperson helped organize the press conference for the proponent, said it would study the proposal.

Commuter group The Passenger Forum (TPF) criticized the proposal on Thursday, August 29, saying that while it may increase vehicular speed, it does not shorten travel time and might even lengthen it because of the proposed long reroutes.

TPF convenor Primo Morillo called the proposal ridiculous and not well thought of. “Regular commuters know how problematic this is. Motorists know how absurd the rerouting schemes will be,” he said.

TPF pointed out other problem areas of the proposal, including the volume of large trucks going through C-5 that will have to use EDSA, the additional expenses for commuters, and the side street congestion that will result from the long rerouting schemes.

“While the help of engineers and other experts is welcome and usually necessary, there should always be room for the government to hear the side of the road users – the commuters, pedestrians, and drivers. There is no alternative to the necessary consultation with affected sectors and we’re hoping the concerned government agencies deem this as a requirement,” Morillo said.

In a statement, Senator Win Gatchalian said EDSA and C-5 are not designed for one-way flow. He said the scheme will only disrupt business and commuters by redirecting vehicular traffic while failing to reduce vehicular volume.

He also dismissed the bus route rationalization aspect of the proposal, saying focus should be on improving public transportation and decongesting side streets from illegally-parked vehicles instead.

This way, he said, EDSA would be automatically decongested.

To further reduce traffic congestion in the long term, Gatchalian proposed to move the seat of government from Metro Manila to Clark, Pampanga.

But in the meantime, he called on the government to prioritize the completion of the Skyway 3 project and the North-South Connector road.

Department of Transportation Secretary Arthur Tugade said the idea of a one-way EDSA is not new, and they will review the proposal again following renewed and “widespread” discussion about it.