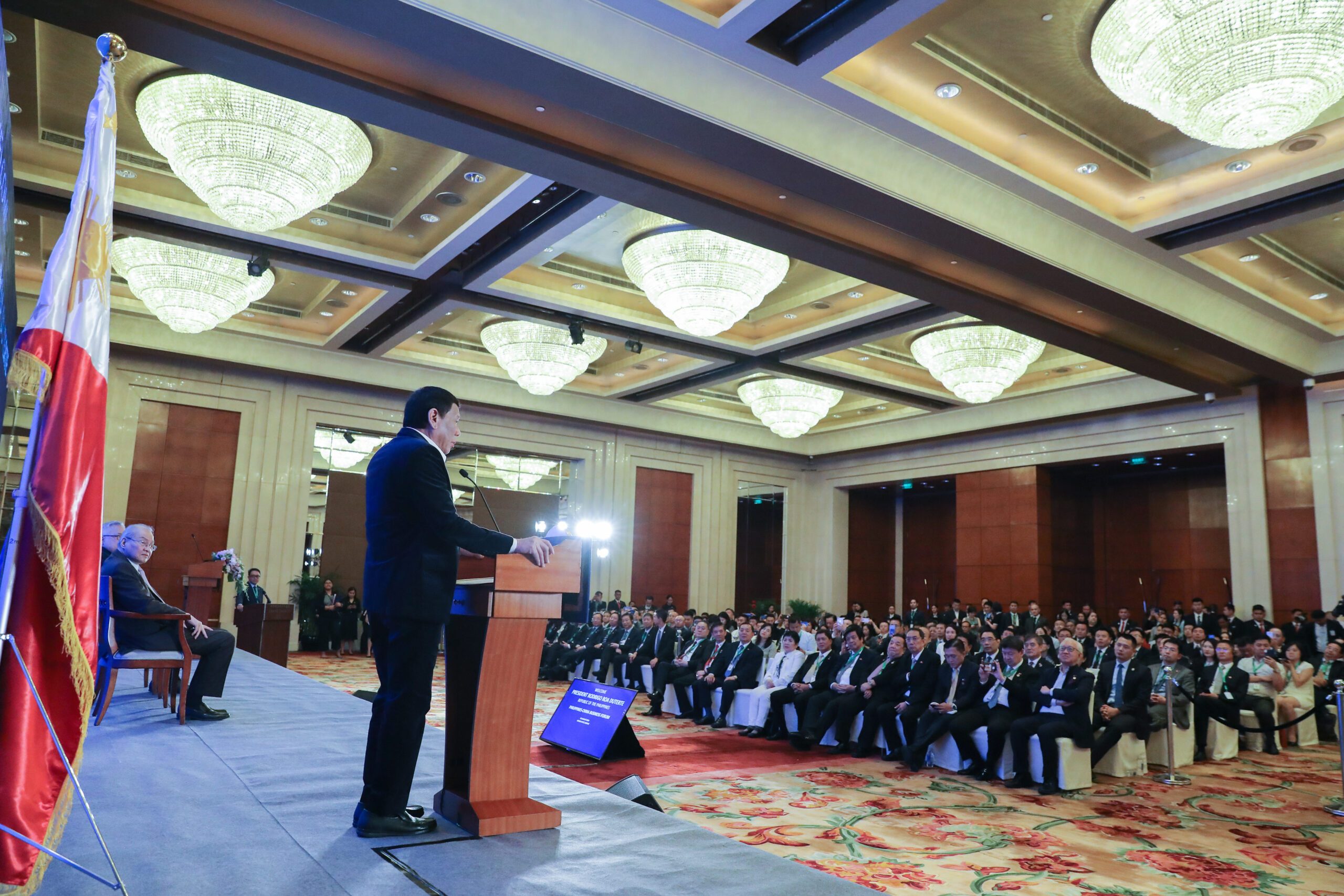 If an official is “asking for something,” Duterte told Chinese businessmen that they should bring money and coins to his office.

“Kindly bring some money old money and coins with you, I will tell the officials to eat the money and swallow the coins in your presence,” said Duterte, to loud applause from a roomful of Filipino and Chinese businessmen in a forum organized for his China visit.

“I am not joking. I have done it several times and perhaps I will do more until and unless the bureaucracy of the Philippines behaves,” he added.

Organized by the Department of Trade and Industry, the forum was held late afternoon on Friday August 30 at the Grand Hyatt Hotel in Beijing, China.

In between his tirades about illegal drugs and his critics, Duterte promised investors of his government’s commitment to reduce red tape and make applications for government permits more efficient for businesses.

His threat of feeding money to abusive officials is reminiscent of his advice to other foreign businessmen to “slap” and “kick” corrupt government personnel. He has also told Filipinos to “make a scene” when they encounter government inefficiency.

Of the 300 invited participants, around 150 or half the total had been invited by Special Envoy for Public Diplomacy to China Ramon Tulfo, Lopez said.

A significant chunk of Duterte’s speech consisted of prepared remarks  promoting the Philippines’ “construction industries roadmap” from 2020 to 2030.

Duterte told Chinese investors that Philippine construction companies  “are eager to partner with you in creating new and sustainable construction technologies and solutions given your know-how.”

He lauded cooperation between Chinese and Filipino businessmen in the sectors of steel, manufacturing, agriculture, and services. A Philippines-China industrial park is set to rise next year, he reported.

“The Philippines and China agreed to develop industrial parks where Chinese investors and manufacturers can set up factories. I am pleased to note that the construction of our first industrial park is projected to start in the first half of 2020,” said Duterte.

He dangled before investors the Philippines’ domestic market of over 100 million people and its “young, skilled” workforce.

The business forum was preceded by a courtesy call of construction company executives in the same hotel.

The day before, Chinese President Xi Jinping had told Duterte of China’s plan to import more agricultural and fruit products from the Philippines.

It’s good news for economic managers who seek to close the trade gap between China and the Philippines. It’s also a potential win for Duterte’s strategy of a soft approach to China in exchange for economic gains. – Rappler.com