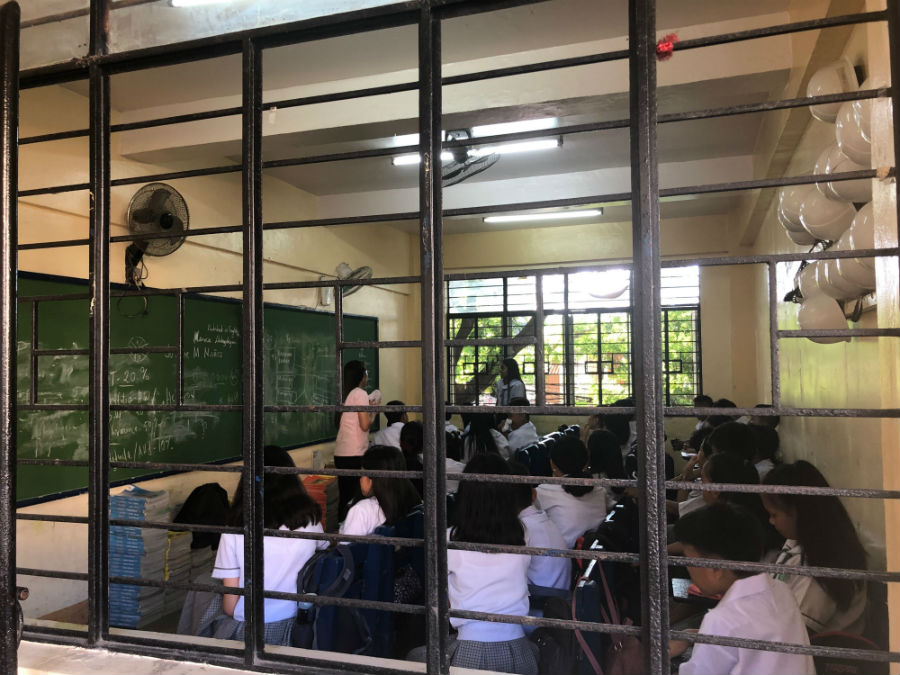 MANILA, Philippines – The Department of Education (DepEd) on Tuesday, September 3, sought Congress’ approval of its proposed budget of P551.72 billion for 2020 – the largest allocation among all agencies – amid increasing enrollment rates and low proficiency levels among students.

This is P30 billion more than 2019’s P531.57 billion budget. The 1987 Constitution provides that “the State shall assign the highest budgetary priority to education.”

DepEd told the House panel on appropriations that it had 50 programs under the proposed budget, but would prioritize 5 for boosting education quality and 6 for improving education access in the agency’s bid for “more nuanced and carefully targeted interventions.”

DepEd oversees 61,916 schools nationwide – over 45,000 of them public – and a total of over 27,000,000 kinder to senior high school students, whose enrollment the agency said would increase in the coming years. The increase in enrollees, from over 26,000,000 in 2018, comes amid a stagnating achievement status, as seen in “low proficient” National Achievement Test (NAT) results.

As a response, the agency said it would prioritize the following programs to improve the quality of education:

The allocation for DCP has doubled to P8.99 billion from the approved P4.38-billion allocation in 2019. The proposed 2020 figure will fund 4,300 e-classroom packages and 42,010 multimedia packages for schools.

The move is seen to “improve teacher-to-student ratio, enhance learning, and ease the workload of its personnel given increasing enrolment levels in public schools nationwide,” the department said in a Monday press conference.

DepEd also said it would continue to transform the National Educators Academy of the Philippines (NEAP), which provides training materials for teachers. In a 2019 order, DepEd Secretary Leonor Briones said the agency would implement the transformation of NEAP and facilitate the training of over 800,000 teachers.

To improve access to education, on the other hand, DepEd said it would focus on the following:

Briones especially underscored the Last Mile Schools Program, which aims to reach students in geographically disadvantaged and conflict-ridden areas. DepEd in July identified 7,144 such schools, saying it would develop them in the next two years.

Some lawmakers during the Tuesday budget hearing also pressed Briones on the matter of increasing teachers’ salaries, a perennial issue even in past administrations.

President Rodrigo Duterte in his 4th State of the Nation Address (SONA) called on Congress to pass a new Salary Standardization Law that would raise the pay of government workers, including public school teachers.

To this, Briones repeated what she had always said: consider all government workers, not just teachers.

“The matter of salaries was discussed by the Cabinet. President Duterte advised the budget department to consider everybody, not just teachers, in increasing salaries. There must be equity for all who serve the government,” she said. – Rappler.com