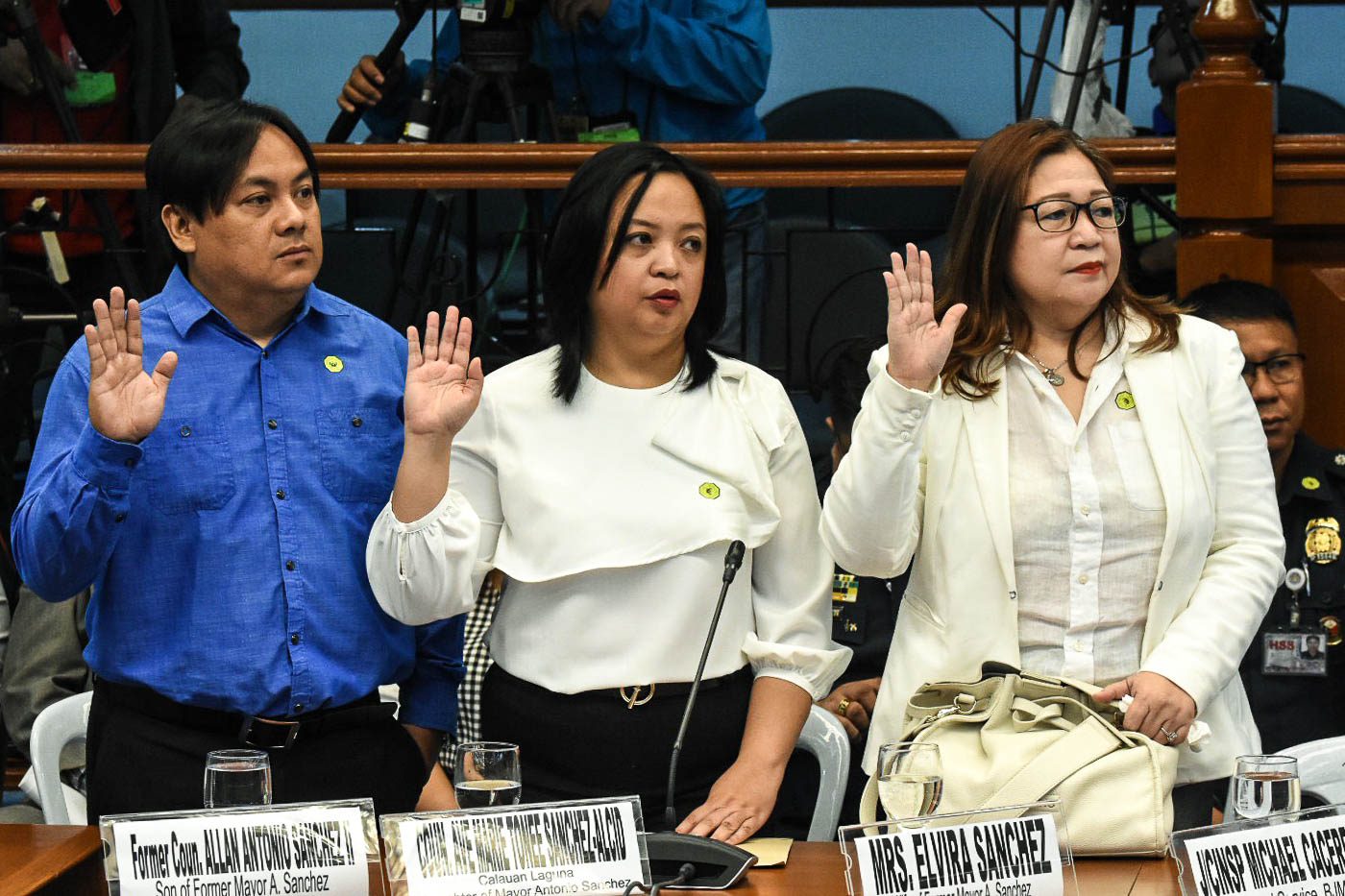 MANILA, Philippines – The wife of rape-slay convict Antonio Sanchez said her family has “no intention” to heed the court-ordered payment of P12 million in damages to the families of the former mayor’s victims.

At the second Senate hearing on the good conduct time allowance (GCTA law) on Tuesday, September 3, Senate Minority Leader Franklin Drilon asked Elvira if they had paid indemnity to the families of University of the Philippines-Los Baños students Eileen Sarmenta and Allan Gomez.

In 1995, Sanchez was sentenced to 7 terms of reclusion perpetua, served simultaneously, for the 1993 UPLB case. In 1999, the Supreme Court ordered Sanchez to pay a total of P12,671,900 in damages to the Sarmenta and Gomez families.

Drilon said that it was “unjust” for the Sanchez family to seek the former mayor’s early release when they refused to pay indemnity to the victims.

The minority leader urged the Department of Justice to step in and issue a writ of execution. But Justice Secretary Menardo Guevarra said that there is a prescriptive period on issuing this.

“Why don’t you let the court decide on the prescriptive period? Let the Sanchez family oppose a writ of execution, but at least to show to the people that we are consistent in our pursuit of justice,” Drilon said.

“Initiate an application for writ of execution to the court and leave it to the court, to Sanchez, to the Supreme Court to decide as to whether is valid or not,” he added.

In response, Guevarra said the DOJ “can do so.”

Sanchez made headlines when the Department of Justice announced  in August that he was supposedly among the 11,000 inmates up for early release following the retroactive application of the GCTA law that provided for new guidelines on how to compute “good conduct time.”

Bureau of Corrections chief Nicanor Faeldon bactracked on the plan, but admitted that he had signed a memorandum of release starting Sanchez’s process of release. (READ: Faeldon ordered Sanchez release, but stopped it after outcry)

If not for the public outcry, Sanchez was supposed to be out on August 20.

During the hearing, senators also asked Elvira how she learned about Sanchez’s supposed release on August 20. She claimed she received the information from a text message from an unknown number. – Rappler.com