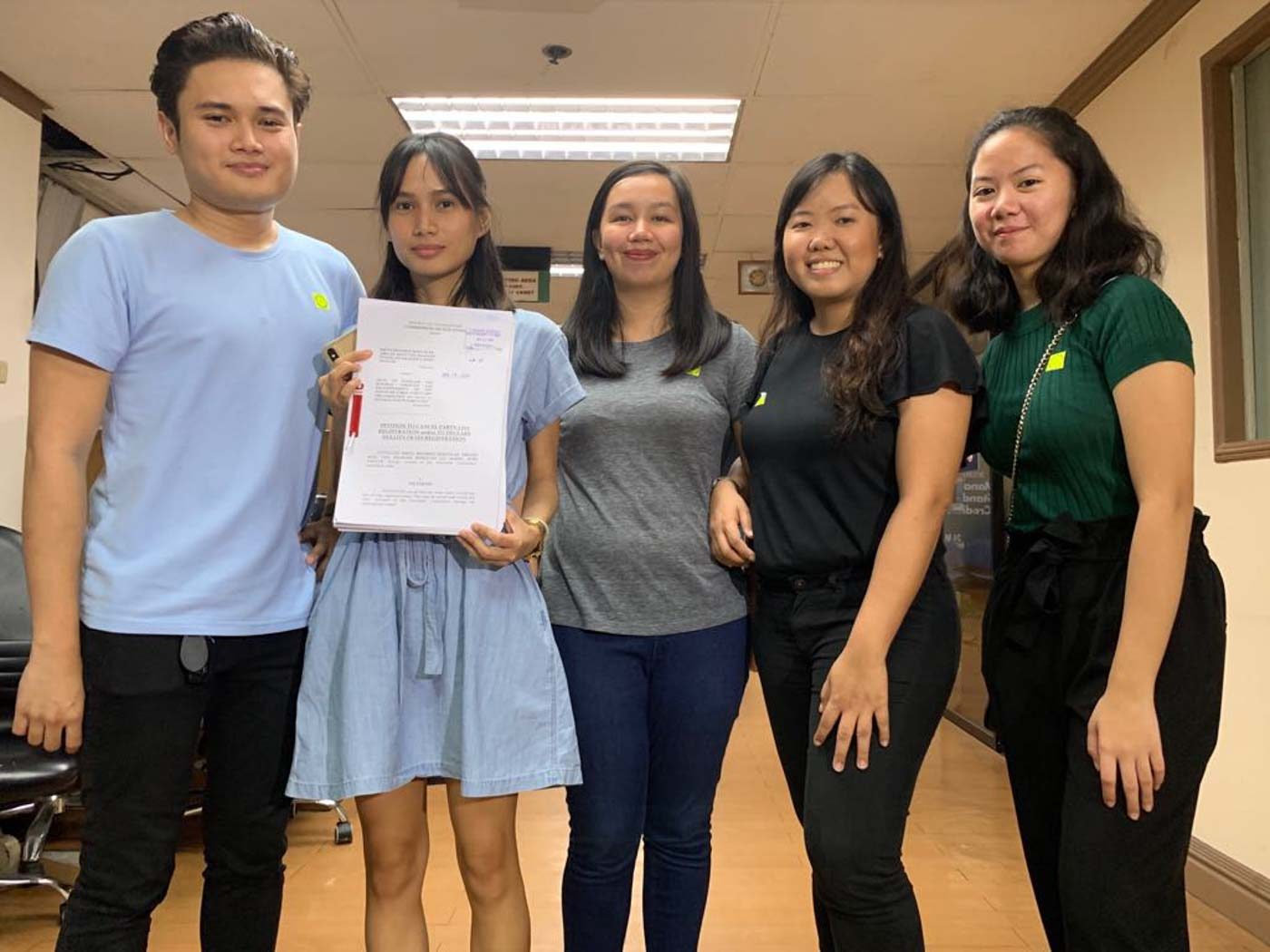 MANILA, Philippines – The legal troubles of the embattled Duterte Youth are not over after a fresh petition is filed seeking to cancel its registration as a youth sectoral party.

On Tuesday, September 3, youth leaders represented by no less than former Commission on Elections (Comelec) chief Sixto Brillantes Jr, and election lawyer Emilio Marañon III filed their petition with the poll body to declare as void ab initio – or void from the beginning – the party-list registration of Duterte Youth.

They argued Duterte Youth’s registration should be declared void from the beginning because the Comelec en banc approved it without the publication of its petition and without proper hearing.

“That respondents Duterte Youth is exceptionally and unusually the only party-list organization since the institution of the party-list system of election in 1995 to have ben granted registration even without the publication and hearing requirements. This is illegal and unconstitutional,” said the petitioners.

The 1987 Constitution and Republic Act No. 7941 or the Party-List System Act require the Comelec to do two things when a group registers as a party-list organizaiton:

The poll body was not able to do these things for Duterte Youth after it filed on May 2, 2018, an unverified petition with the Comelec to be recognized as a “sectoral organization” representing the “youth and young professionals.”

Comelec’s Second Division summarily dismissed the petition for insufficiency of form and substance on October 9, 2018 – and it made the ruling without publishing nor holding a public hearing on Duterte Youth’s registration.

Duterte Youth then filed its appeal with the Comelec en banc, which ruled in favor of the group.

The petitioners argued this is unconstitutional. They also said because no hearing was held, the public was not given the chance to know about Duterte Youth’s application and to “timely oppose it given [the] magnitude and gravity of its defects.”

Should the Comelec find Duterte Youth’s registration process as valid, the petitioners still want the poll body to cancel it anyway for 6 reasons, including the misrepresentation committed by its first nominee Ronald Cardema. (READ: Stretching the rules: Duterte Youth’s bid for Congress)

The other 5 grounds of cancellation of Duterte Youth’s registration cited by the petitioners are as follows:

The petitioners quoted a viral post made by Duterte Youth’s official Facebook page on May 7, 2019, which threatened in Filipino to “exterminate from the streets” the “comrades of the New People’s Army, rapists, criminals, and terrorists in the country.”

“While these words can be conveniently denied by respondents as ‘just’ a colorful and exaggerated language, but these words when uttered publicly is reduced to how they will be consumed and understood by the common man even if the poster mean it differently,” said the petitioners.

The Comelec 1st Division already canceled Cardema’s nomination as representative of the Duterte Youth party-list, which won a single seat in the 18th Congress.

The poll body division ruled that the 34-year-old Cardema was ineligible as a youth representative, who must be 25 to 30 years old on the day of the elections on May 13.

After Cardema’s disqualification, feisty Comelec Commission Rowena Guanzon called for an investigation to determine whether he committed “material misrepresentation” when he filed for candidacy, which would amount to an election offense with criminal liability.

Cardema then accused Guanzon of holding his party-list nomination hostage in exchange for political favors he had no official capacity to grant. The Comelec commissioner has debunked Cardema’s allegations. – Rappler.com