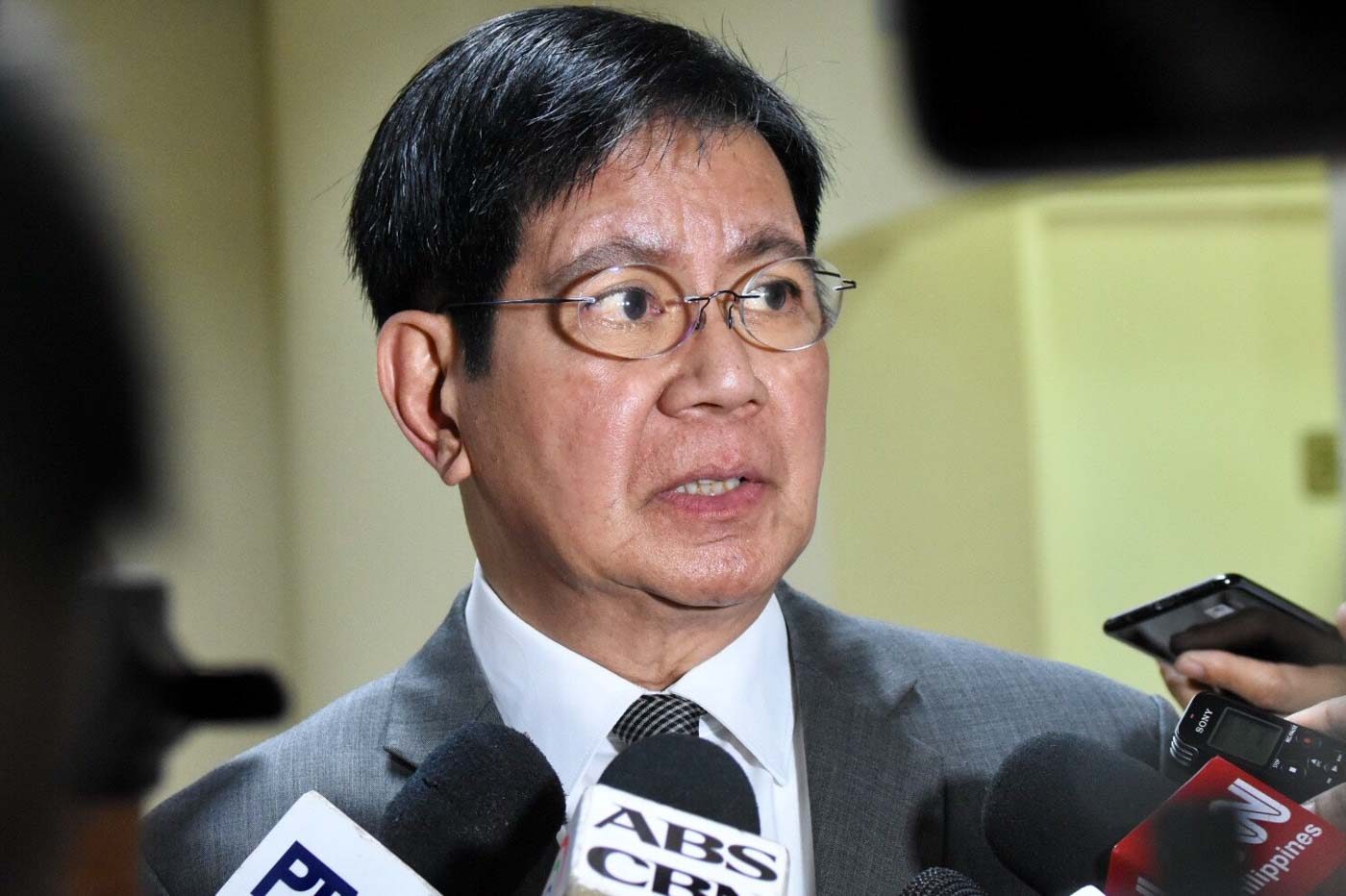 MANILA, Philippines (UPDATED) – Senators on Tuesday, September 3, questioned the propriety of the letter of Presidential Spokesperson and Chief Presidential Counsel Salvador Panelo  to the Board of Pardons and Parole (BPP) on the executive clemency bid of rape and murder convict Antonio Sanchez.

Senators questioned the move in response to questions on possible conflict of interest in the case of Panelo, who, as chief presidential counsel, wrote a letter to the BPP in reference to Sanchez’s bid for executive clemency.

Asked if this constituted conflict of interest, Lacson said in an interview after the Senate hearing on the good conduct time allowance (GCTA) law: “You can say that, kung dati kang (if you were a former) defense counsel. It’s up to him to explain.”

Panelo was among the defense lawyers of Sanchez in the 1993 rape and murder of student Eileen Sarmenta and the murder of her friend Allan Gomez, both University of the Philippines-Los Baños students. Sanchez is serving 7 terms of reclusion perpetua for the crimes.

Asked whether Panelo’s letter had weight because he was the chief presidential counsel, Lacson said: “It cannot be denied. You cannot dissociate his personal relationship with the Sanchezes and his being Chief Presidential Legal Counsel.”

(Whether or not his intervention was official, he knows that he used to be his defense counsel. He should have begged off in referring the letter of Antonio Sanchez’s daughter.)

Even if the BPP denied Sanchez’s application for the executive clemency, Lacson pointed out that the main issue is Panelo’s “intervention” as a Palace official who used to be a lawyer of the applicant.

“Nagkataon lang na ganoon. Eh what if may nangyari? Let’s not talk [about] the consequences. Ang pinaguusapan dito the mere act of intervening on behalf of the family, being the Presidential Legal Counsel who used to be the defense counsel,” Lacson said.

(It just happened that it was denied. But what if something happened? Let’s not talk about the consequences. We’re talking about the mere act of intervening on behalf of the family, being the Presidential Legal Counsel who used to be the defense counsel.)

Panelo denied that he tried to intervene on behalf of an old client, and said his office sends out a standard referral letter to similar requests.

Explain to the public

Lacson also said that it would be up to Panelo to convince the public about the propriety of his act.

Asked if Panelo needed to explain the letter, Senate Minority Leader Franklin Drilon said: “On the surface, it appeared that the letter is a plain endorsement, but given the fact that it is in the letterhead of the Presidential Legal Adviser and the fact that he is the presidential spokesman, that letter, certainly, has some weight.”

Senator Richard Gordon, chairman of the Senate blue ribbon committee that conducted the hearing, said Panelo “had bad judgment” because he was a former lawyer of Sanchez, but his act of endorsing the letter did not necessarily mean that he tried to influence the BPP.

Senate President Vicente Sotto III said in an ambush interview on Wednesday, September 4, that the issue regarding Panelo’s letter is “subjective” or can either be taken as just a “mere referral” or as an “endorsement.”

“I saw the copy of the letter and it was a referral. Really what you call subjective. I think it’s the just a mere referral and once a letter gets to you, you refer it or as I said, subjective, you can take it as an endorsement. Implied ‘yung influence (The influence is implied),” he said.

In a news briefing on Tuesday, Panelo admitted that he met with the Sanchez family in his office in February this year.  He referred the letter of Sanchez’s daughter – on the application of her father for executive clemency – to BPP Executive Director Raymond Bayang that same month. – Rappler.com