DOLE hit for lack of baseline data on contractual workers 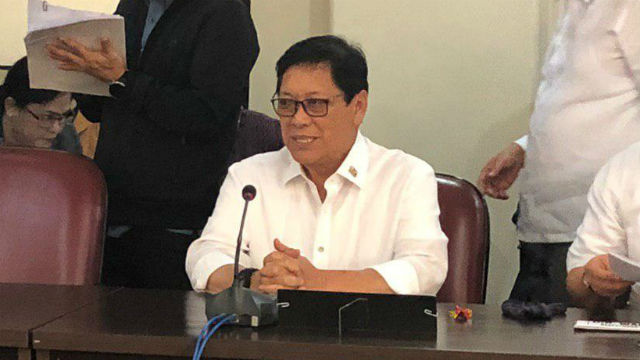 MANILA, Philippines – More than half a million contractual Filipino workers may have been regularized in the past 3 years, but lawmakers told the Department of Labor and Employment (DOLE) that it should not be counting this among its accomplishments.

Why? Because DOLE does not have the accurate baseline data on the total number of contractual workers at the start of President Rodrigo Duterte’s administration.

The issue was raised by longtime labor union organizer-turned-Bayan Muna Representative Ferdinand Gaite during DOLE’s budget hearing before the House committee on appropriations on Wednesday, September 4.

(It’s hard to measure your performance… if on the basis of data requirement, you cannot establish your baseline data. You need to be able to identify the numbers for labor-only contracting and from there, we can start.)

During the hearing, DOLE Secretary Silvestre Bello III counted among his agency’s accomplishments the regularization of 504,149 workers from August 2016 to July 2019. (READ: [OPINION] Contractualization and the rights of workers)

Gaite then asked Bello how many other contractual workers are yet to be regularized. Bello could not give the exact amount, but merely said, “Malaki pa ang pagkukulang (We have a lot of shortcomings). We have a long way to go.”

Gaite himself then cited data from the International Labor Organization saying as much as 7 to 10 million Filipino workers are still contractuals. He asked DOLE if they can confirm the figures.

Labor Assistant Secretary Benjo Benavidez said they have yet to verify this number. What the DOLE has on record instead is the more than 200,000 contractual workers who came from the local establishments the department has inspected so far.

“Based on our administrative data, we can only speak of the number of contractual workers of establishments that we inspected. This refers to a number of more than 200,000,” said Benavidez.

Gaite then told DOLE this is not enough.

(In the absence of any data, it’s hard to say 504,000 regularized workers is an accomplishment. We have no way to measure the total number.)

Ending labor contractualizaiton or endo was a campaign promise of Duterte. But he vetoed the anti-endo bill in July, even after certifying the measure as urgent in September 2018. (READ: Like workers, business groups don’t like anti-endo bill under Duterte)

Gaite and other Makabayan lawmakers have since re-filed the security of tenure bill in the current 18th Congress.

Bello said they wanted a much higher budget in 2020 at P20 billion, but the budget department slashed their proposal by P6 billion.

Bello appealed to lawmakers to increase the DOLE’s budget so they would be able to inspect more establishments, and in effect make their data on the total number of contractual workers in the country more accurate.

Bello explained DOLE has 900,000 more business establishments to inspect nationwide, but their 2020 budget allocation only allowed for an additional 100 labor law compliance officers, for a total of 710 labor inspectors.

“That is to say we have to admit our limitation in terms of inspection. Much as we would want to inspect all establishments all throughout the country to see they comply with labor laws… physically, this has become impossible,” said Bello.

The DOLE chief then urged the House committee on appropriations to increase their budget so they can hire more inspectors.

“Thank you very much, Secretary Bello, but I would like to reiterate the request of Representative Gaite, and the chair shares the sentiment – that it’s necessary to come up with the baseline data to find out kung ilan ba talaga itong mga (how many are  our) contractual workers natin,” said Suarez.

He said the DOLE should provide the panel with the necessary data in the next hearings so they can properly assess how the country is faring in terms of ending labor contractualization.

The DOLE budget hearing is ongoing as of posting time. – Rappler.com