Locsin: DFA has filed 60 diplomatic protests vs China since 2016

Sep 4, 2019 4:15 PM PHT
JC Gotinga
Facebook Twitter Copy URL
Copied
'Even if I believe that filing diplomatic protests is like throwing paper at a brick wall, I do it,' the Philippines' top diplomat Teodoro Locsin Jr tells a panel of lawmakers 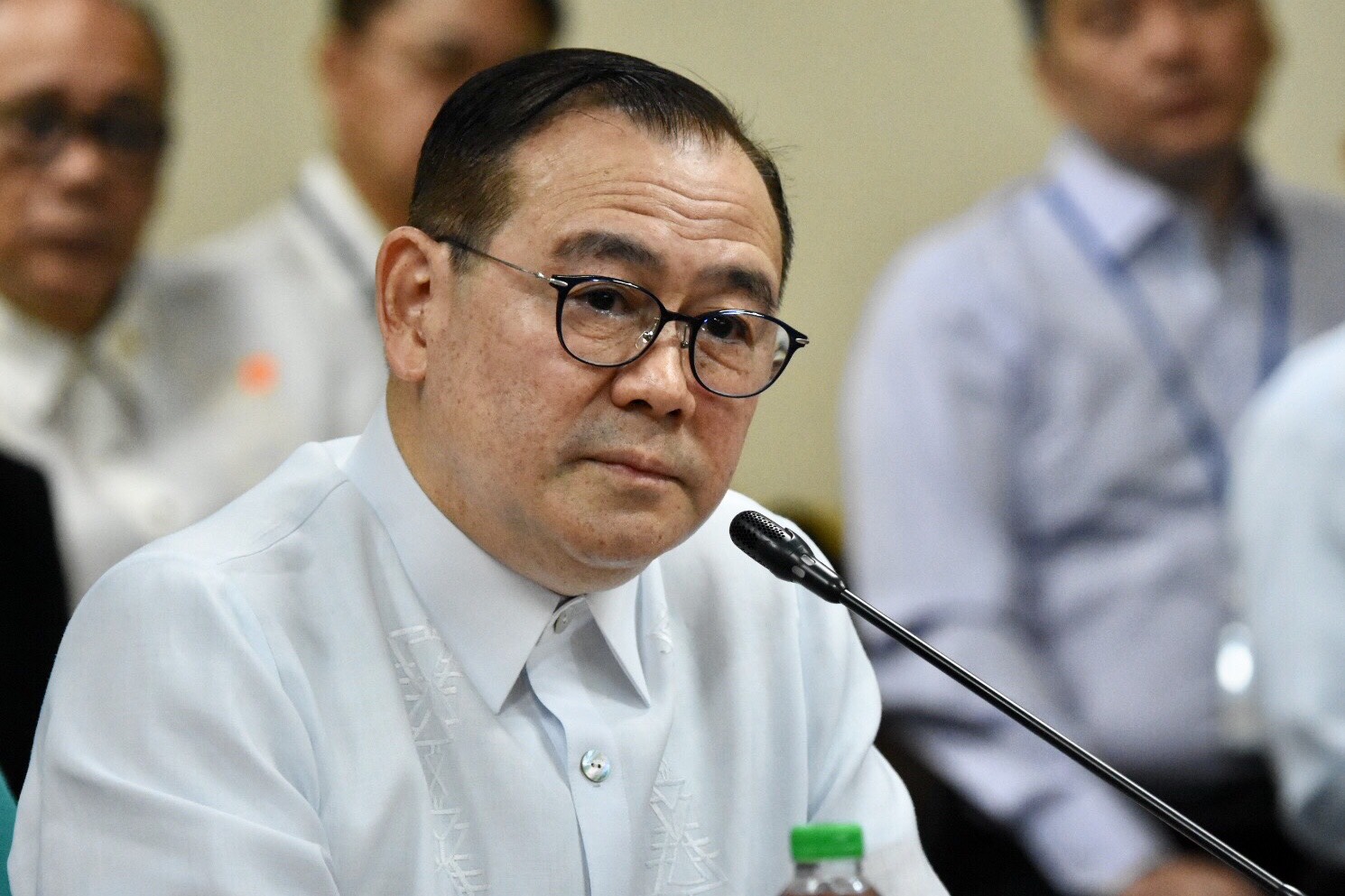 Locsin addressed questions from lawmakers on China’s intrusive actions in the West Philippine Sea, during a hearing of the House committee on appropriations to tackle the proposed 2020 budget of the Department of Foreign Affairs (DFA).

Bayan Muna Representative Carlos Zarate asked Locsin to describe the Duterte administration’s efforts to exact accountability from China, particularly the unauthorized forays of its warships into Philippine territorial waters, and the militarization of reclaimed islands within the Philippines’ exclusive economic zone.

“Every incursion, when I was at the United Nations (UN), I would answer them face to face. When I became secretary of foreign affairs, even if I believe that filing diplomatic protests is like throwing paper at a brick wall, I do it,” replied Locsin, who was the country’s Permanent Representative to the UN before becoming DFA chief.

“I do it because the experts say, just keep doing it because that way, nobody can say that we have given up what we believe are our rights…. We have filed diplomatic protests at every turn,” Locsin added.

Citing the DFA’s records, Locsin said the department filed 39 notes verbales from the start of the Duterte administration, and another 24 since he took over as foreign secretary in October 2018, bringing the total to 63.

Locsin referred to the notes verbales as “protests.”

Zarate asked for copies of the notes verbales but Locsin declined to give them, saying they were “exclusively executive communications.”

Zarate also asked for clarification on the reportedly “apologetic” way that President Rodrigo Duterte raised the arbitral award on the West Philippine Sea when he met with Chinese President Xi Jinping in Beijing on August 29.

On Monday, September 2, the Philippine Daily Inquirer reported Presidential Spokesperson Salvador Panelo quoting Duterte’s statement to Xi. “The President said, ‘I didn’t want to alarm you with what I’m about to raise because of your problem in Hong Kong, which is why I’m asking for forgiveness, but I need to say this because I promised my countrymen.'”

“To start with, the report that the President was apologetic in raising the arbitral award, that’s total fabrication, in every aspect a complete lie,” Locsin said, adding that Duterte “has always raised the arbitral award” during his visits to China.

At least 9 instances of Chinese warships passing through Philippine territorial waters without prior notice to the government have been reported by the Armed Forces of the Philippines and Defense Secretary Delfin Lorenzana.

The sightings occurred from February to August this year.

Lorenzana described the incidents as “alarming,” prompting Locsin to file a series of diplomatic protests against China in July and August.

The DFA also protested the presence of Chinese survey vessels in waters off the country’s Pacific coast and near Ilocos Norte in August, Locsin said at the time.

Earlier this year, the DFA also protested the “swarming” of the Philippine-held Pag-asa Island in the West Philippine Sea by Chinese vessels.

“In doing this, I depend entirely on military intelligence,” Locsin told the congressional panel on Wednesday. – Rappler.com