PNP: If freed convicts fight back, they will be shot 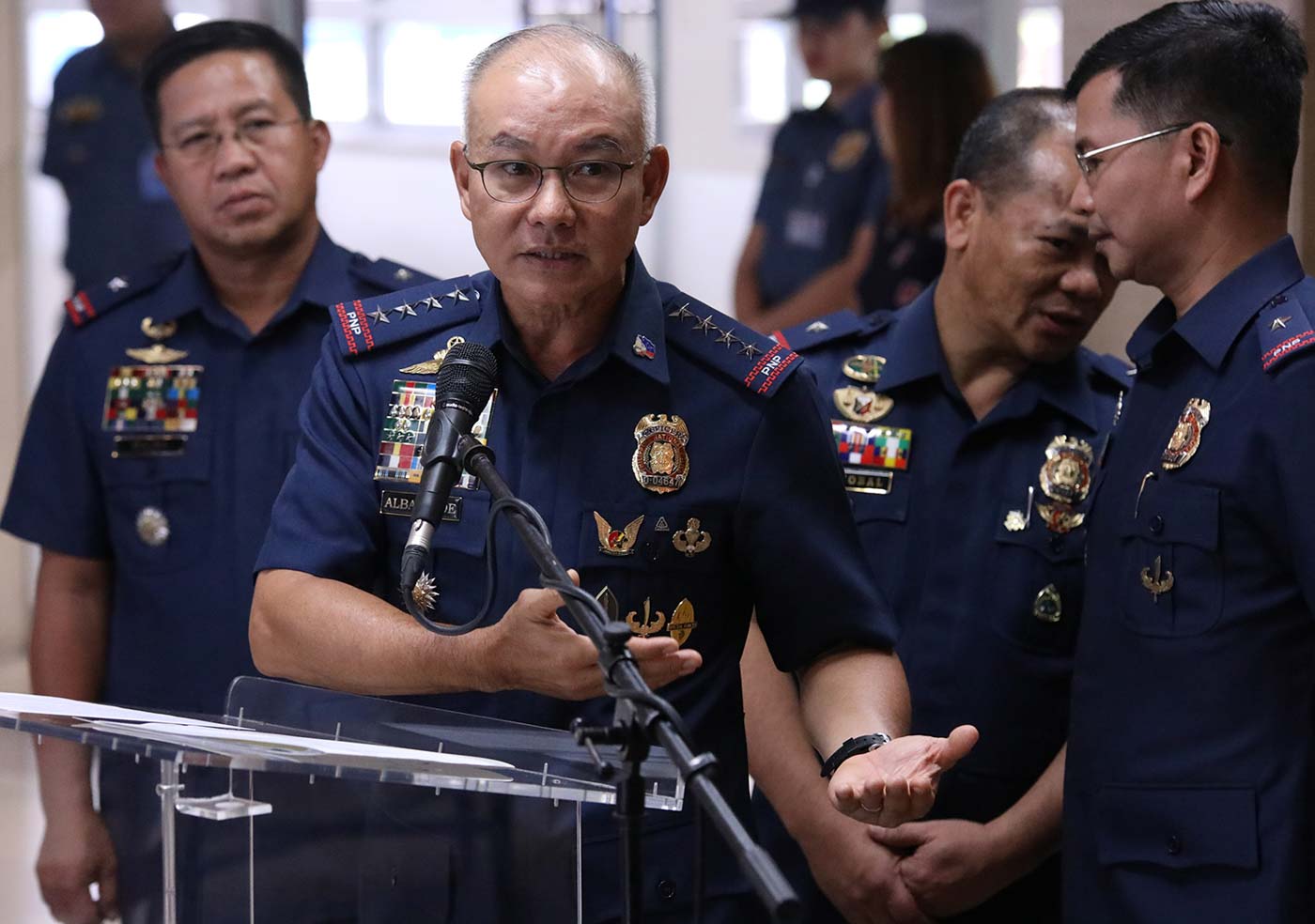 “Kung manlalaban, wala tayong magagawa (If they fight back, we have nothing else to do),” Albayalde said in a Camp Crame press briefing on Thursday, September 5.

“Nanlaban” refers to suspects who fight back when resisting arrest. Most of those who resisted cops in the administration’s bloody war on drugs were shot dead. These killings led to back-to-back probes, revealing cops who have gone rogue and killed without basis.

Later in the briefing, Albayalde said “it is not far off” that the freed convicts would fight back because he believes they have “criminal minds.”

Remember Duterte’s order: Just the evening before, President Duterte said in a press briefing in Malacañang that the convicts must surrender to the government in 15 days or else they would be hunted down.

In the same address, Duterte ordered police to pursue the convicts  on “shoot to kill” basis after the lapse of the prescribed time. In other parts of his speech, he said he wanted the convicts captured “dead or alive.”

Remember the law: Still, Albayalde promised that the police would follow the rule of law when they pursue these convicts. In a text message to Rappler, Department of the Interior and Local Government Secretary Eduardo Año said the police should apply “reasonable force” in their arrests.

“Our PNP personnel will be prepared to apply reasonable force, and also prepared to use maximum force for those who will resist and fight it out,” he said.

Lawyers point out, however, that in the process of calling the freed convicts to surrender, the Duterte administration is already violating the law: the Revised Penal Code spelled out that the allowances could not be revoked. (READ: Guevarra provides Duterte legal basis for rearrest of freed convicts)

The police’s process: Albayalde said he has ordered the powerful Criminal Investigation and Detection Group or CIDG to collect the names of the 1,914 convicts. When the 15-day deadline lapses, tracker teams will begin hunting them down.

Albayalde called on the convicts to surrender through their nearest police stations. They would be detained inside the police station up until the Department of Justice instructs cops to turn them over to the Bureau of Corrections.