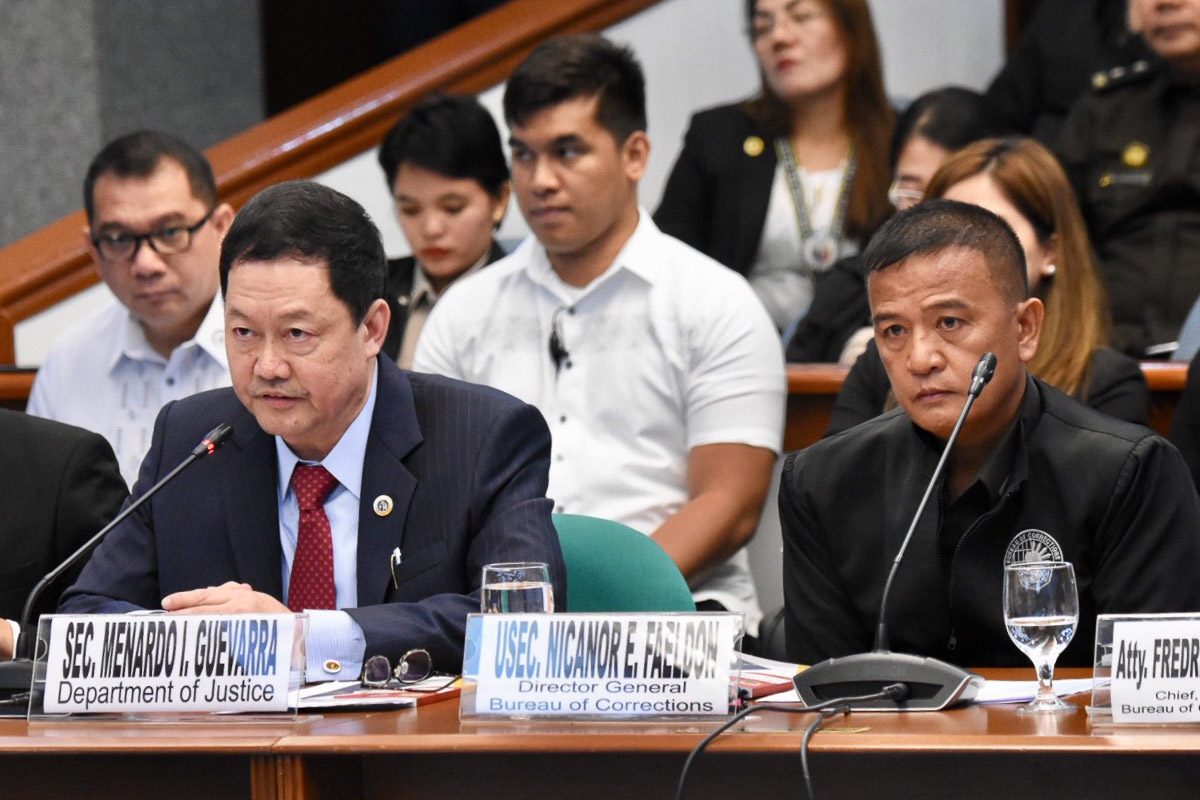 MANILA, Philippines (3rd UPDATE) – Justice Secretary Menardo Guevarra said on Friday, September 6, there was no special treatment in the transfer of high-profile convicts – including drug lords from the New Bilibid Prison – to a marine barracks in Fort Bonifacio, saying it was done for security purposes.

“The intention is not to provide any special treatment but to secure precisely these people who are, to my understanding or recollection, will be or are witnesses in an existing case so it’s not for the purpose of giving them special treatment. But because their personal security is under threat,” Guevarra said in a chance interview with reporters on Friday.

Guevarra said he does not see anything irregular with the transfer “for as long as court approval is secured.”

But Guevarra was unsure whether there was really court approval.

“I am not sure about that because I was just informed regarding the proposal. What happened afterwards, if the appropriate documentation was done or court approval was secured, I am not privy after that,” said Guevarra.

Guevarra said the proposal was relayed to him “a long time ago.”

Guevarra said the Department of Justice (DOJ) cannot be expected to know about all of BuCor’s actions.

“These are operational matters already. The DOJ exercises general administrative supervision only with respect to the BuCor but we do not interfere to the day-to-day operations of BuCor, otherwise what else can we do here at the DOJ,” said Guevarra.

Guevarra said the confinement at the marine barracks will only be temporary.

De Lima said the transfer was “highly suspicious,” saying that her lawyers were not notified.

“I strongly suspect that the real reason is for my oppressors to further ‘operate’ on these convicts-witnesses, i.e., to further coach and coerce or pressure them to stick to their perjured testimonies,” De Lima said through her latest dispatch from Camp Crame Friday afternoon.

Senator Francis Pangilinan also questioned the transfer of the convicts.

“The explanation of Justice Secretary Guevarra that the transfer was for security reasons is a virtual admission of the inability of our prison system to safeguard inmates,” Pangilian said.

“More than a case of special treatment, one can’t help wonder if this is part of the reward the convicts are receiving for weaving stories and testifying against Senator Leila de Lima,” he added.  – Rappler.com