Año: Even Bato dela Rosa should be probed in GCTA mess 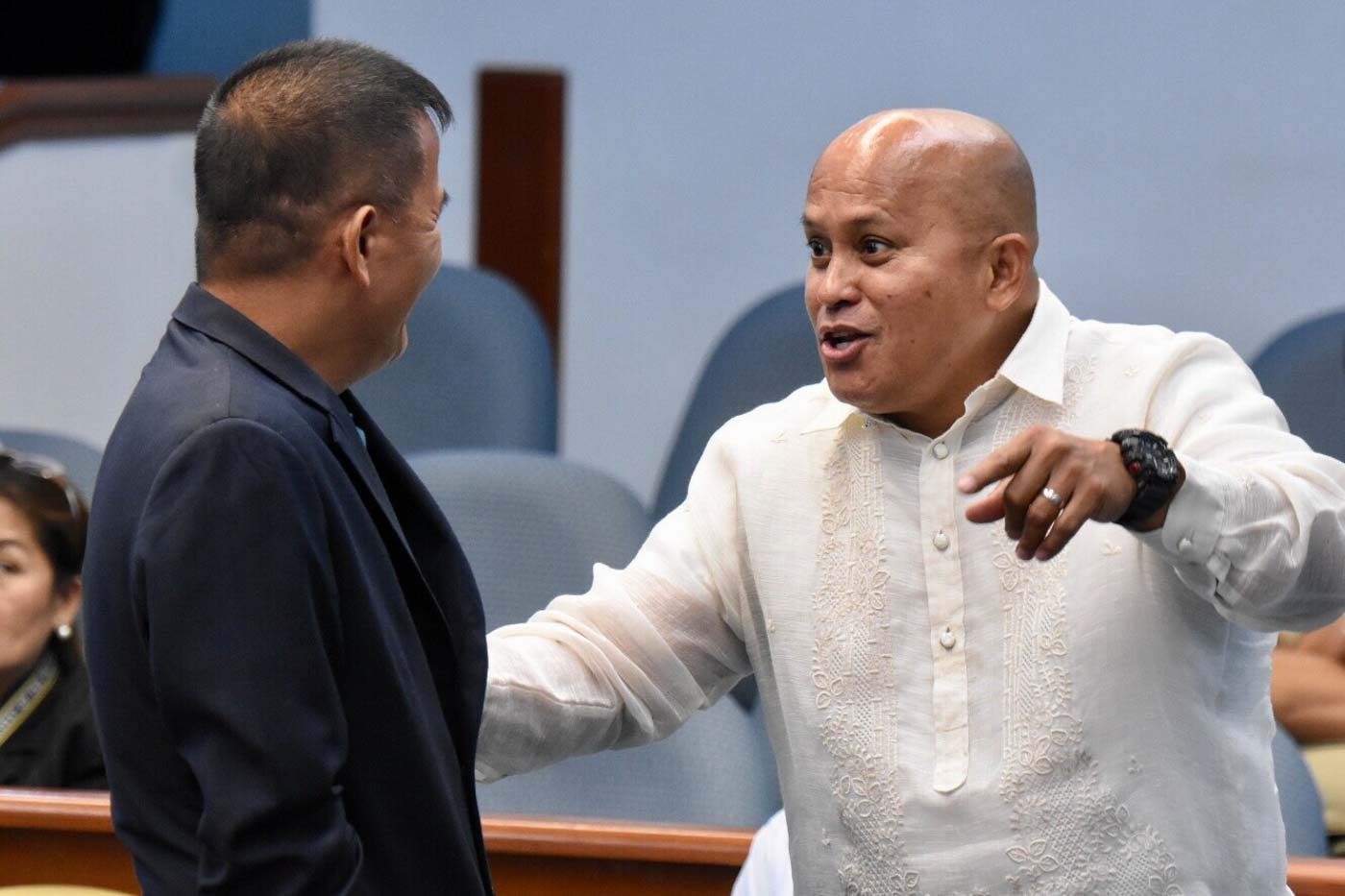 Facebook Twitter Copy URL
Copied
The DILG secretary says, all former chiefs of the Bureau of Corrections should be investigated

MANILA, Philippines – Department of the Interior and Local Government (DILG) Secretary Eduardo Año said that Senator Ronald “Bato” dela Rosa, as well as other former heads of the Bureau of Corrections  should be investigated for releasing heinous crimes convicts under the Good Conduct Time Allowance (GCTA) law.

He was also asked if he tried to stop these releases due to the gravity of the convicts’ offenses. Dela Rosa replied: “What can I do? The law says they have to be released.”

During the press briefing in Malacañang Thursday, September 5, Presidential Spokesperson Salvador Panelo was asked if Dela Rosa would also be investigated because he was a former BuCor director-general. Panelo replied that he would ask President Rodrigo Duterte.

Earlier, President Duterte said he was tapping the Ombudsman to invetigate the BuCor-GCTA mess.

(I have seen that Senator Dela Rosa is capable of defending himself. Because if there were really convicts who were qualified for release, why would he be blamed for that?)

Año added that other former heads of BuCor should also be investigated.

The BuCor earlier said that 1,914 heinous crime convicts have been released since the law was enacted in 2013.

Public outrage erupted when the law’s retroactive application almost allowed the release of convicted rapist and murderer Antonio Sanchez. (TIMELINE: The GCTA law and the controversy it has stirred)

The DILG secretary earlier said he wanted to extend the suspension of the GCTA law to facilitate the review of its implementing rules and regulations, citing “gray areas.”

Convicts of heinous crimes who were released under the GCTA law were ordered to surrender to the nearest police precinct within 15 days to recompute their benefits. After 15 days have lapsed, convicts who failed to submit themselves to the police will be tracked down and arrested. – Rappler.com