Duterte after firing Faeldon: I still believe in him 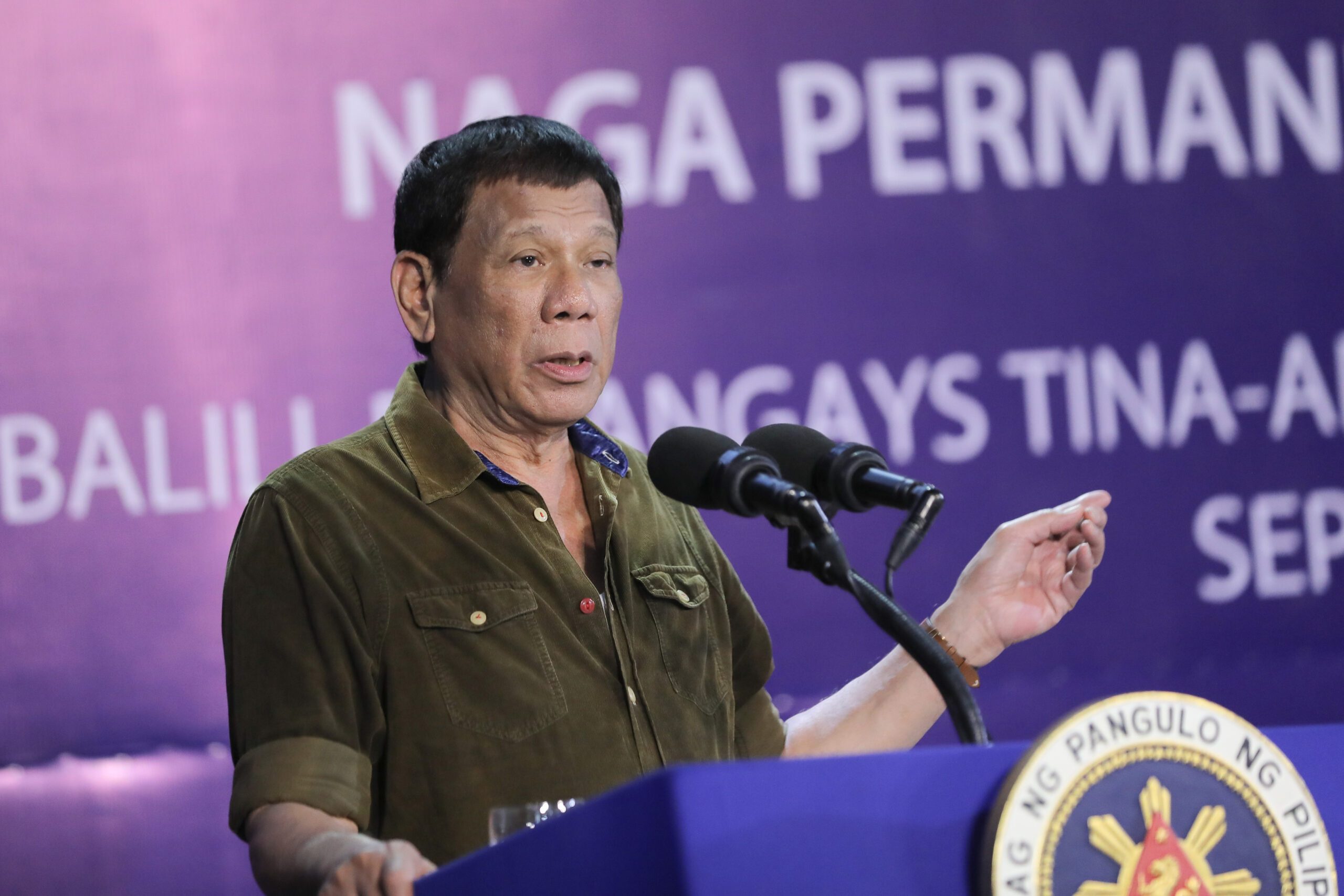 He called Faeldon “tarung nga tawo” (straight-edged person) in a speech in Naga City, Cebu, on Friday, September 6. “Faeldon, he’s a straight edge. I still believe in him,” Duterte said in Cebuano.

Faeldon was fired after “disobeying” orders from the President.

Faeldon was summoned to the Senate’s blue ribbon committee after Sanchez‘ near release under the GCTA law sparked public outrage.

A total of 1,914 convicts of heinous crimes have already been released on good conduct credits.

Duterte explained his continued trust in Faeldon by sharing an anecdote about how it was Faeldon who alerted him over the fake tax stamps used by Mighty Corporation to avoid paying taxes in March 2017. (READ: Duterte orders arrest of Mighty Corp owner)

“There was a time that there was a businessman who had 3 warehouses of cigarettes with fake stamps. It was Faeldon who alerted me about it,” Duterte said. “‘If he was quiet and asked for hush money, he could have made millions.”

“When he raided it, I told the owner, ‘Putang ina ka’ (Fuck you), fix your case because taxes can be subject of a compromise,” the President said. “Fix your debts because if not I will see it you will rot in prison. By the time I finish my presidency, I will be stingy with you, I’ll have you grilled. So pay.”

“We earned – because of that report by Faeldon – we earned P37 billion,” Duterte said.

Faeldon served as customs chief from June 2016 to August 2017, when he was relieved after the discovery of 5 metal cylinders containing shabu in Valenzuela City. The P6.4-billion worth of illegal drugs entered the country through the Manila International Container Port.

He was transfered to the Office of Civil Defense as deputy administrator for operations in December 2017 until October 2018. Duterte appointed Faeldon Bureau of Corrections chief in November 2018. (READ: Nicanor Faeldon’s gov’t posts and the controversies that trailed him)

Duterte was in Cebu for the groundbreaking of a housing project on the Balili property in Barangay Tinaan, Naga City, for families who lost their homes in a landslide that hit the city in September 2018. The devastating landslide killed over 50 people and left hundreds of families homeless.

Duterte, who is known for his long-winded extemporaneous speeches, spoke for only 30 minutes. He left for another event in Davao City immediately after. – Rappler.com